Cardi B has seen her fair share of drama in the spotlight, but she’s always been one to own up to it when she’s at fault. Such was this case when, on March 24, a Twitter account resurfaced a three-year-old video of Cardi admitting to having drugged and robbed men when she was still working as a stripper. Since then, she’s faced major backlash from fans across the internet, but Offset’s reaction to the Cardi B accusations are proof that he plans on supporting her through thick and thin.

The video caused people on the internet to say Cardi should be “canceled” as a result of her past, but Offset is standing by her. He posted a never-before-seen picture of him and Cardi on vacation and captioned it, “Ride or die forever love you no matter whats going on I love you best mother and hustler I know” in all caps. So, needless to say, it seems like Cardi doesn’t need anyone else to have her back because Offset definitely does. But Cardi also knows how to stand up for herself, which is exactly what she did when she posted an explanation on Twitter about the video and how she did what she had to do to “survive.”

In the video of the Instagram Live, Cardi can be heard saying, “I had to go strip, I had to go, ‘Oh yeah, you want to f*ck me? Yeah, yeah, yeah, let’s go back to this hotel,’ and I drugged n****s up, and I robbed them. That’s what I used to do.” As a result, a lot of people are rising up against Cardi, and the hashtag #SurvivingCardiB is trending, which is likely meant to replicate the documentary series titled Surviving R. Kelly. Definitely not a comparison anyone wants to have.

Cardi and Offset have definitely had some very public struggles (read: Offset’s multiple infidelity rumors), but his response to her accusations seem like despite all of that, he has his wife’s back no matter what. The couple was first linked to each other in 2016, when their on-again, off-again courtship became public knowledge. In August 2017, Cardi reportedly hinted that she was ready for marriage, though neither she nor Offset had confirmed their relationship at the time. The following month, they got married in secret, as reported by TMZ, but in October, Cardi posted that she was single after a reportedly heated argument between her and Offset. However, right after saying they were no longer together, she admitted that she was being overdramatic. The next day, Cardi and Offset got publicly engaged at a concert in Philadelphia (even though they were already married). Needless to say, it’s been a journey.

In January 2018, rumors that Offset reportedly cheated on Cardi started making waves. The following April, she confirmed that she was pregnant and a couple of months later revealed that they were already married. In December 2018, she told her Instagram followers that she and Offset had broken up, which resulted in Offset’s declaration of love and public apology to Cardi at her Rolling Loud set in Los Angeles. Since then, the couple has decided to work things out, and it seems like they definitely are.

At the end of the day, Cardi seems to have owned up to what she did, and it’s nice to see her being supported by Offset after he reportedly wronged her so many times. She may be facing a rough wave, but she’s definitely not alone. That’s pretty valuable. 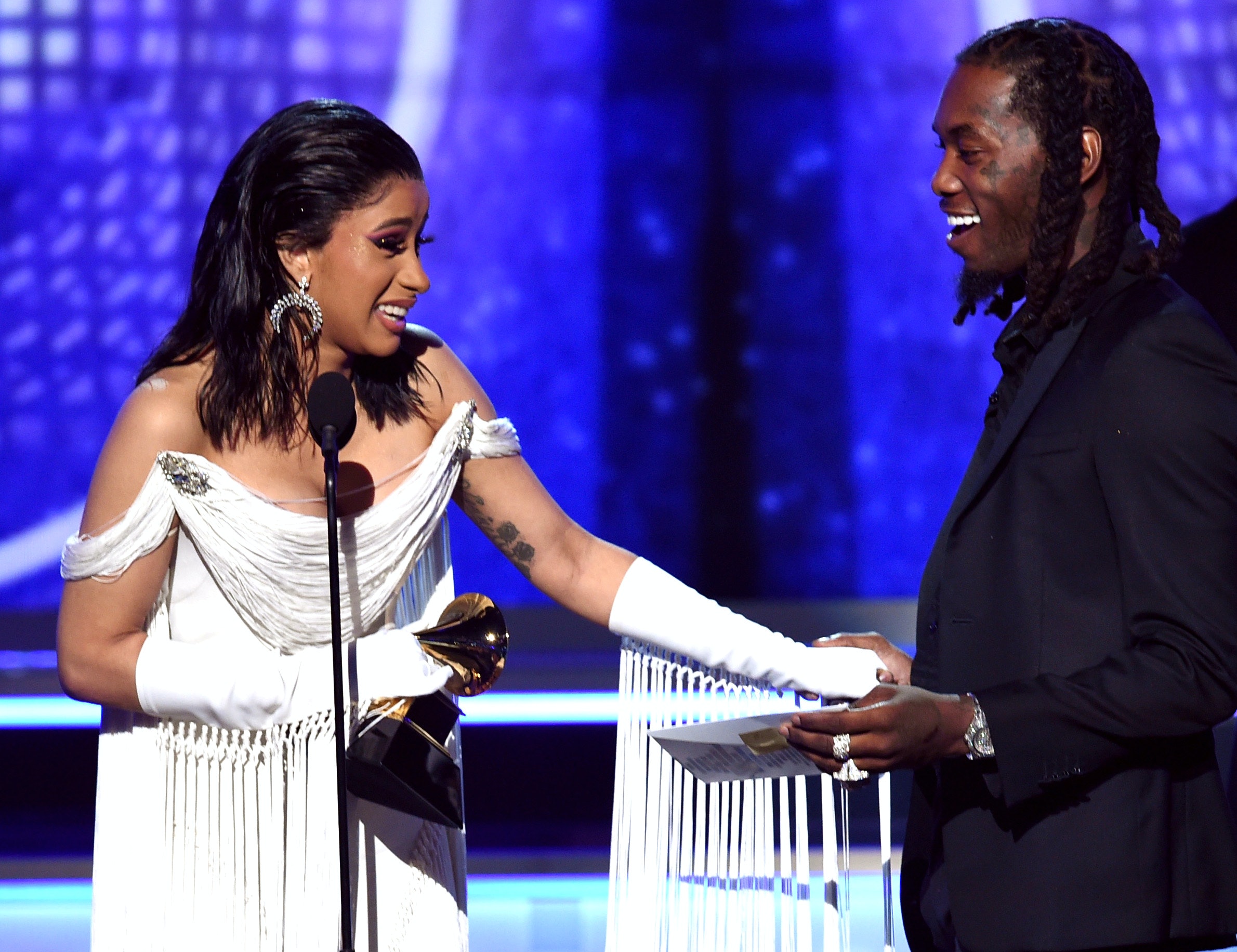 https://www.elitedaily.com/p/offsets-reaction-to-the-cardi-b-accusations-of-drugging-robbing-men-is-surprising-16993702, GO TO SAUBIO DIGITAL FOR MORE ANSWERS AND INFORMATION ON ANY RELATIONSHIP TOPIC