In the opening episode of The Nevers, the series established its home base, Saint Romaulda’s Orphanage. The headmistress, Amalia True, is the series’ lead. As one of the “Touched,” she’s using this place as a haven for others like herself, a place where they can safely explore their abilities. The Orphanage, as it’s routinely called, is funded by Lady Lavinia Bidlow. But who is Lady Bidlow on The Nevers, and what is her motivation? There’s more to her interest in the Touched than meets the eye.

Warning: Spoilers for The Nevers Season 1, Episode 2 follow. When the series first introduced Lavinia Bidlow, she seemed to be an eccentric and wealthy spinster. She insists her interest in — and her charity initiative for — the Touched is driven by knowing what it’s like to be viewed as “afflicted,” since she uses a wheelchair. (Her younger brother, Augie, is also one of the Touched, although she currently seems unaware of this.)

She’s also on the ball when it comes to appearances. She was ready and waiting with lawyers when the cops raided the Orphanage in search for Maladie, the Touched serial killer terrorizing London. And she orchestrated good PR among the elite, organizing a soiree to counteract the paper’s claiming the Touched are to be feared. Amalia agreed with the idea and sent Penance with a crop of Touched girls to Lady Bidlow’s party.

But while her guests were entertained by those like Harriet changing matter from liquid to solid, Myrtle’s many languages, and Primrose, the adorable 10-foot gentle teen, Lavinia’s distaste for these women started to seep out. It came roaring to the forefront when she saw Augie and Penance slip off together, the mutual crush far more visible than their abilities.

READ  These Photos Of Biden's 2021 Address To Congress Vs. Trump's 2020 SOTU Show Some Big Changes

When Lavinia confronted Augie, she assumed Augie and Penance must already be sleeping together, and Penance must be a social climber. But she wouldn’t have it! No girl who is Touched and Irish will bear the Bidlow name, she sneered. Augie knuckled under, pushing Penance away and turning to alcohol rather than let his sister see the truth about him. Whatever Lavinia’s motives were, her charity clearly doesn’t extend to seeing the Touched as human, and Augie knows it.

But viewers’ questions about Lavinia only grew in Episode 2, when it turned out the Orphanage is not the only project she’s been funding. In the premiere episode, viewers saw Dr. Edmund Hague kidnap and experiment on a Touched to find what makes them tick. This week, he claimed another victim, but this time fans saw where his failed experiments went.

Deep under London, there’s a giant glowing orb. It’s the same iridescent pale blue as the liquid the ship drizzled over the city three years ago, which created the Touched. But what shocked fans wasn’t that his-now docile crew of girls were excavating this giant orb from below. It’s the identity of the benefactor to whom he’s showing off their progress: Lady Bidlow. As Hague told her the orb only began to glow a few days ago, she gazed upon it and declared, “This is war.”

So, what is Lavina’s plan? Her interest in the Touched and her funding of a school to gather them is seeming more and more sinister. Perhaps viewers should start assuming the worst about her.

The Nevers continues on Sundays at 9 p.m. ET on HBO Max. 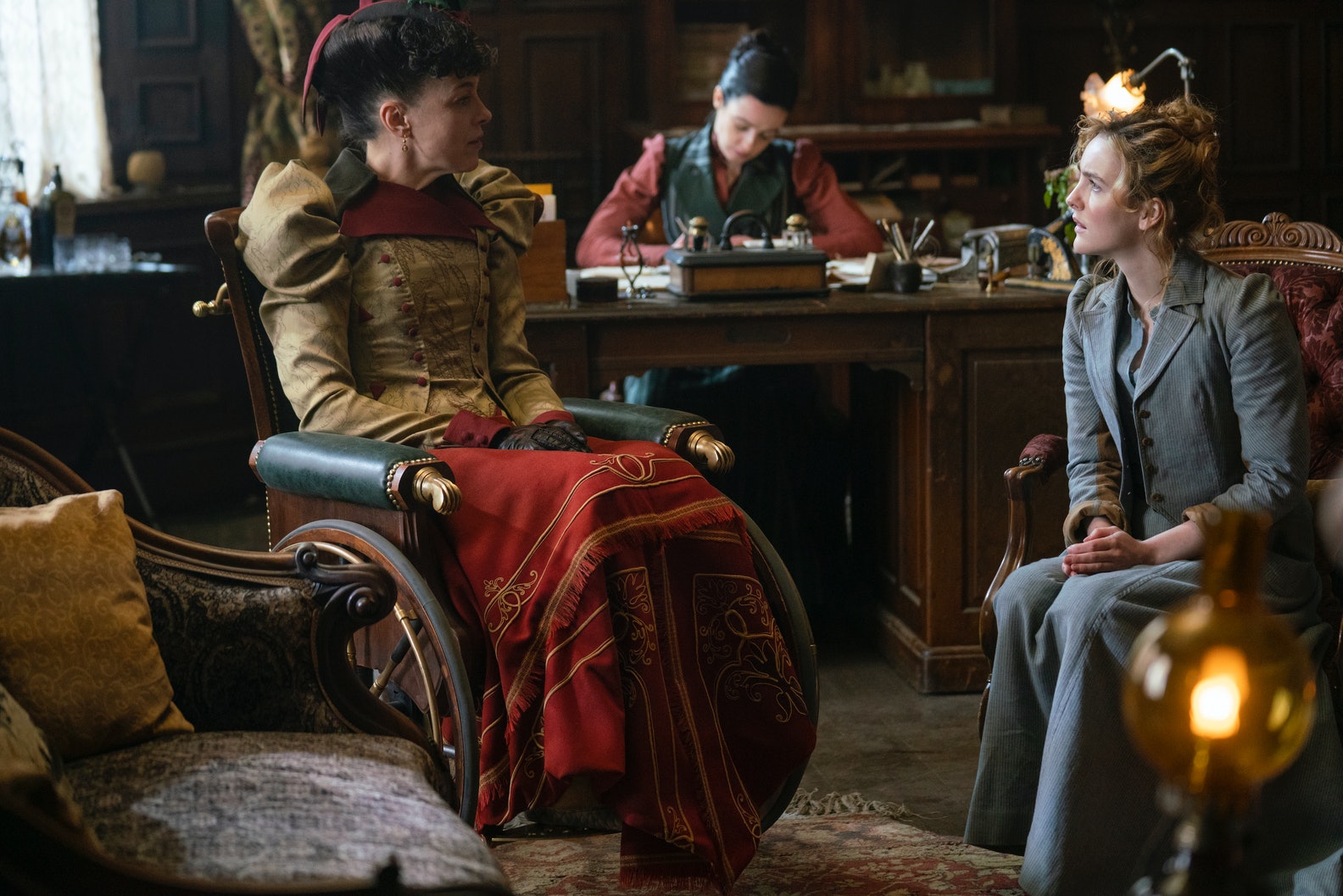 https://www.elitedaily.com/p/who-is-lady-bidlow-on-the-nevers-shes-clearly-not-who-she-seems-73021517, GO TO SAUBIO DIGITAL FOR MORE ANSWERS AND INFORMATION ON ANY RELATIONSHIP TOPIC