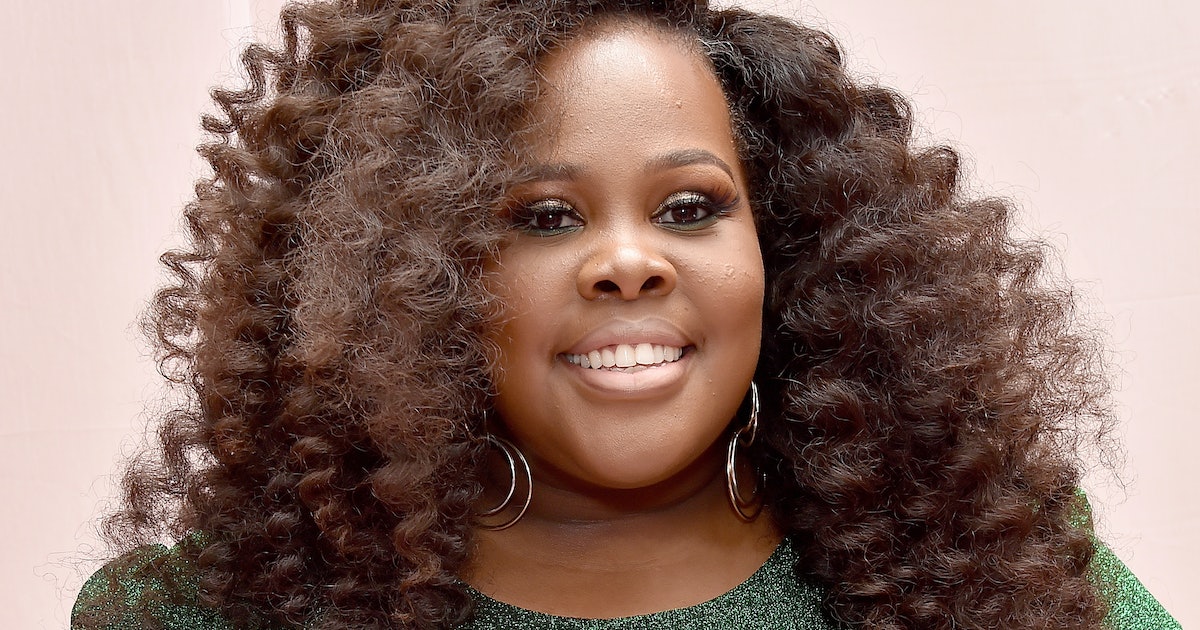 Amber Riley is among the thousands of people nationwide using thier voices to raise awareness about unchecked police brutality following the killing of George Floyd on May 25. Whether through song, speeches, or social media, people from all over are stepping up to protest the injustices faced by the black community. This video of Amber Riley singing Beyonce's "Freedom" during a protest in Los Angeles shows so much unity in a time of grieving and calls for justice.

Riley joined the protest on Tuesday, June 2. As she stood in a crowd of other protesters, Riley got on a microphone to belt out Beyoncé's powerful lyrics. In a video posted to her Instagram on Tuesday night, Riley led the crowd, singing, "I'm telling these tears / 'Gonna fall away, fall away / May the last one burn into flames," as onlookers joined by clapping to the beat.

Mid-way through the song, Riley encouraged those around her to join in and sing the emotional chorus as one. "Freedom! Freedom! I can't move," the crowd of protesters chanted in unison. "Freedom, cut me loose."

"What an honor," Riley captioned the IG video of herself. Check out the video below and prepare to get chills.

Riley also took to Twitter the following day to share a motivational message about using your voice no matter how big or small your platform is.

"We all have voices," she wrote. "I don’t care how many followers you have. All of our voices and how we utilize our platforms is important. If it’s 10 followers, radicalize them, make them believers in themselves that they can change the world and themselves for the better!"

Riley added: "Don’t rely on celebrities. You have free agency to use every amazing gift you have to fight for truth and justice. Do YOUR part. YOU are necessary. PERIODT!" https://www.elitedaily.com/p/this-video-of-amber-riley-singing-beyonces-freedom-with-protesters-is-so-amazing-22955550, GO TO SAUBIO DIGITAL FOR MORE ANSWERS AND INFORMATION ON ANY RELATIONSHIP TOPIC