Mass protests around the country show no signs of slowing as people continue to fight for justice for the recent killings of Black Americans George Floyd, Breonna Taylor, and Tony McDade, at the hands of police, as well as the extrajudicial killing of Ahmaud Arbery. In addition to demanding all involved officers are held fully responsible under the law for their actions, protesters hope to bring awareness to the widespread problem of police brutality against the Black community as well as systemic racism and societal inequality that African Americans experience. Here's where to donate to support Black communities if you want to put your money where your mouth is and help fund grassroots organizations. You can also use these resources to donate after the protests end, because the organizations are always working to bring about change from the ground up

While posting on social media and marching in protests are great ways to raise awareness about police killings of unarmed Black people, donating money to a specific cause helps support the movement to pave the way for real policy change. Whether you want to financially support protesters who've been jailed for their activism or you're looking to fund organizations committed to working on longterm community issues, here are some places where your money can make a tangible difference. If you choose to donate to another organization not on this list — because there are plenty of small and local organizations that can use your help — make sure to double check that your money is going to a good organization. First, you can look to see if it's a registered 501(c) (3), which means it's recognized as a non-profit under federal guidelines. Resources like Charity Navigator, which grades non-profit organizations, will show where funds are being allocated. You can also research any actionable goals, accountable leadership, and up-to-date information on the organization's website.

1. The Black Lives Matter Chapter In Your City

In addition to donating to the umbrella Black Lives Matter organization, you can help enact change at a more local level by sending funds to a chapter in your city or a city especially in need of help. Chapters include Boston, Chicago, Washington D.C., and Los Angeles, as well as a few Canadian cities.

Each chapter has its own list of goals like enacting local laws that demand more police accountability, which gives you a better idea of how your money will be spent.

Minneapolis-based Reclaim The Block, which has been widely shared since Floyd's death, has a list of actionable demands it's working towards. One of its biggest talking points is diverting funds from the Minneapolis Police Department, and investing in communities facing housing shortages, community violence, and the opioid epidemic. People can donate online or mail in grants or checks.

Colin Kaepernick is involved with the organization Know Your Rights Camp, which is all about educating Black youth and providing legal resources to those who can't afford it. The organization is working with legal defenders in Minneapolis to fund representation for those arrested while protesting. To support the cause, you can make a donation on the non-profit's website.

Another popular non-profit, Communities United Against Police Brutality is a Minneapolis-based organization focused on getting justice for victims of police brutality. In addition to helping people take political and legislative action for day-to-day abuses, the group also focuses on educational outreach by sharing documentation on police-perpetrated killings. Individuals can donate to the organization through PayPal or on their debit or credit card.

The Bail Project, which has been shared by activists on social media, focuses on ending the economic disparities and racial inequality experienced during incarceration. Your donation can potentially impact the lives of numerous people, as 100% of funds that go towards paying bail for people who've been arrested will go back to the fund to be used again once the case is finished.

Campaign Zero, which is recommended by Black Lives Matters on its donation page, employs data and research to push actionable policy solutions to end police brutality and hold officers accountable. Some examples include ending for-profit policing, requiring officers to wear body cams, and limiting the use of force. You can donate through PayPal or with a debit or credit card.

Non-profit independent media organization Unicorn Riot, which has been widely shared on social media, aims to raise awareness of silenced voices by sharing stories from marginalized communities and streaming instances of political unrest and protests. It's a great resource to learn more about what's going on and educate yourself or others about the injustices at hand. You can donate through a variety of methods including cryptocurrency and PayPal.

The North Star Health Collective, a medical support network for protesters, is currently overwhelmed with donations and instead recommends giving to Black Visions Collective on its website. Black Visions Collective focuses on long-term solutions like coming up with local campaigns to raise awareness and help enact change for African American communities in the Twin Cities. In addition to calling for a shift in public narrative and mobilizing the community, your donation can help the group's commitment to coming up with action-based goals to help dismantle systems of violence and inequality at a local level.

The National Police Accountability Project, which was shared in a Google Doc from Twitter user @ambivalcnt, aims to protect peoples' civil rights from police misconduct by curating a national database of legal experts. In addition to acting as an educational resource, the organization is a project of the National Lawyers' Guild, and helps people find attorneys among its members if they need one.

The NAACP's Legal Defense Fund, which has been widely shared by protesters, supports longterm goals of achieving economic and educational equality while reforming the criminal justice system. Founded in 1909, the NAACP is the country's largest civil rights organization and aims to combat injustice through the legal and political systems. You can donate here.

The Equal Justice Initiative, which activists Matt Herndon, Tatum Dorrell, and Jourdan Dorrell highlighted in a Google document about ally-ship, focuses on reforming the criminal justice system and putting an end to mass incarceration. You can donate online or by check.

The Center For Policing Equity, also shared in Herndon and Dorrell's Google doc, uses a data-driven approach to work with law enforcement and show them ways they can work on their relationship with the communities they serve. You can donate here.

Live Free - Faith in Action recognizes that higher voter turnout is indispensable for longterm policy change and mobilization towards ending systematic racism. The organization, which was highlighted in a viral Google Doc about organizations to donate to, focuses on simultaneously lowering the rates of gun violence and incarceration. You can donate on the website.

READ  What to Know About Diabulimia, the Eating Disorder Specific to Diabetes

Nonprofit news publication The Marshall Project, which was shared in a Google Doc from Twitter user @ambivalcnt, uses journalism to bring awareness to the criminal justice system and the reforms that need to be made. Go to the website to donate.

Also highlighted in @ambivalcnt's Google Doc, the Advancement Project is focused on building alliances and working on actionable solutions such as increasing voter turnout and improving access to justice for the Black community through local campaigns. You can donate here.

Actor Kendrick Sampson founded BLD PWR, which focuses on empowering and increasing engagement in the community by combating systemic racism and police violence. The group also has a monthly book club where they read works by radical authors. You can donate on the website.

The Anti Police-Terror Project, which was shared in a Google Doc from Twitter user @ambivalcnt, aims to eradicate police brutality against Black people by providing documentation of abuses, supporting impacted individuals by providing resources and referrals to legal counsel, and acting as an educational platform for the community to learn more. Donate on their website.

Black Table Arts, which the North Star Health Collective recommends on its website, promotes the use of artistic expression as a way to uplift and bring together the Black community in Minnesota. The organization has a built-in donation box on its main page.

Minnesota-based MOODI, also recommended by the North Star Health Collective on its list of fundraisers to donate to, supports the Cultural Wellness Center in Minneapolis. Your donation helps the group provide resources and aid to those experiencing unsheltered homelessness.

The Pimento Relief Fund provides financial relief for Black-owned businesses that were destroyed in Minneapolis by white supremacists. Your donation to the fundraiser, which was recommended on the North Star Health Collective website, will help get these businesses back off the ground. 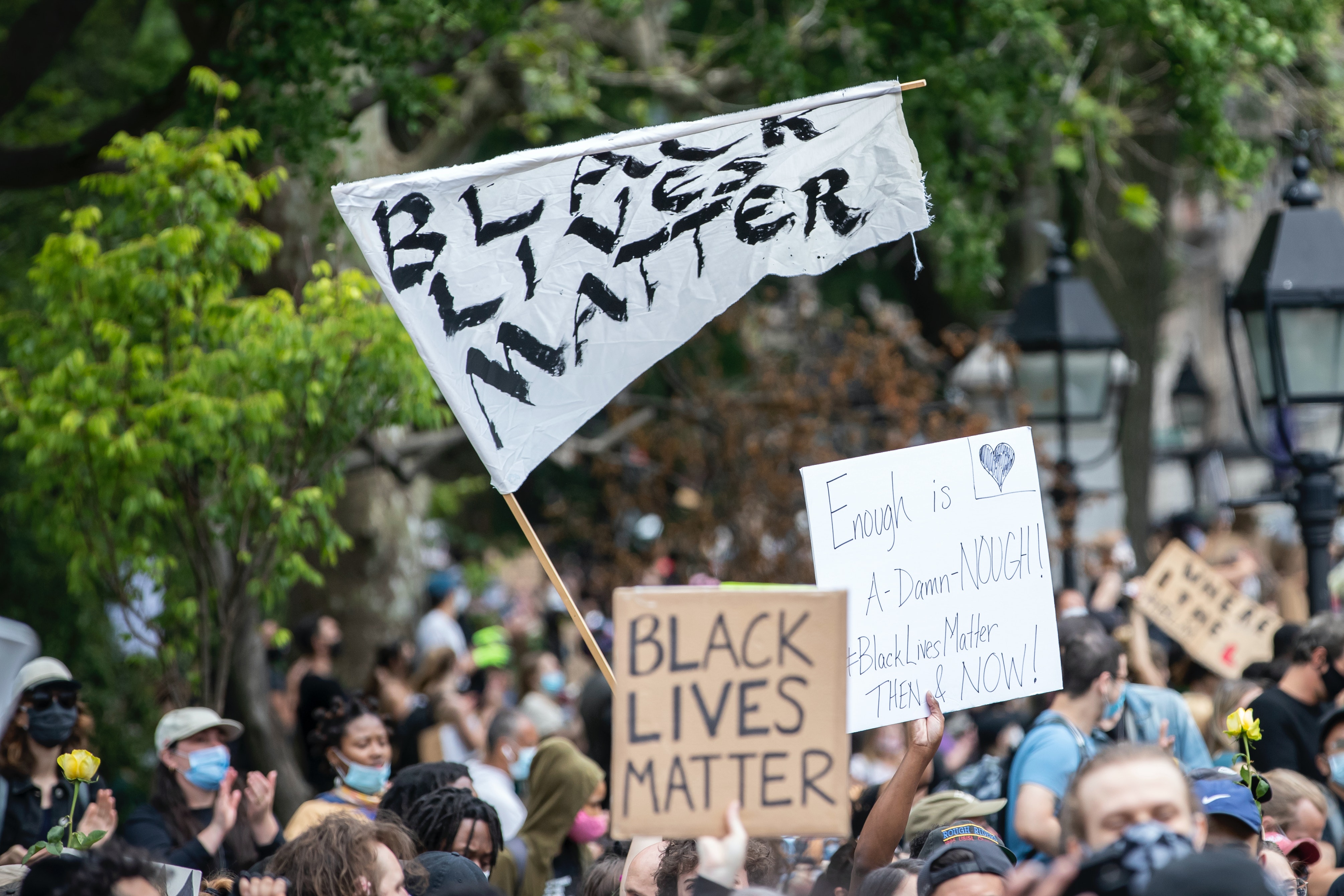 https://www.elitedaily.com/p/where-to-donate-to-support-black-communities-now-always-22950957, GO TO SAUBIO DIGITAL FOR MORE ANSWERS AND INFORMATION ON ANY RELATIONSHIP TOPIC