On Wednesday, April 28, President Joe Biden delivered his first presidential speech to a joint session of Congress, and — given the ongoing coronavirus pandemic, not to mention the increased security after the Capitol insurrection in January 2021 — it looked quite different from years prior. These photos of Biden’s 2021 address to Congress versus Trump’s 2020 State of the Union show a very different America, and not just because of pandemic precautions.

“My fellow Americans, while the setting tonight is familiar, this gathering is just a little bit different,” Biden stated during his congressional address. It was a bit of an understatement. Since February of 2020, the world has suffered through a pandemic and the accompanying economic disaster, and the United States has seen renewed protests against racism and police brutality, as well as a violent insurrection by a mob that attacked the U.S. Capitol building. “[I] inherited a nation in crisis,” Biden continued. “The worst pandemic in a century, the worst economic crisis since the Great Depression, the worst attack on our democracy since the Civil War,” he added.

So, there’s a lot going on. And it means the night of Biden’s first address to a joint session of Congress looked different than previous years — new president notwithstanding.

Instead of the usual 1,600 people in attendance at a president’s joint address to Congress, there were only around 200 guests, per The Washington Post. Members and senators in the chamber were required to wear masks and encouraged to practice social distancing as a precaution during the coronavirus pandemic, with some seated on the floor and others seated in the gallery. Attendees were also unable to bring guests, and Biden himself only hosted first lady Jill Biden and second gentleman Doug Emhoff in person. As a result, Biden’s 2021 congressional chamber looked much more sparse than it did during former President Donald Trump’s 2020 address. 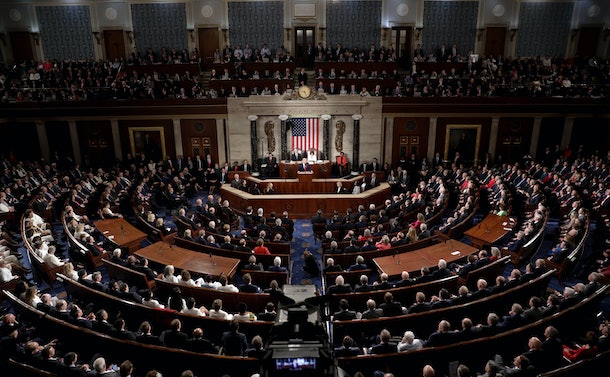 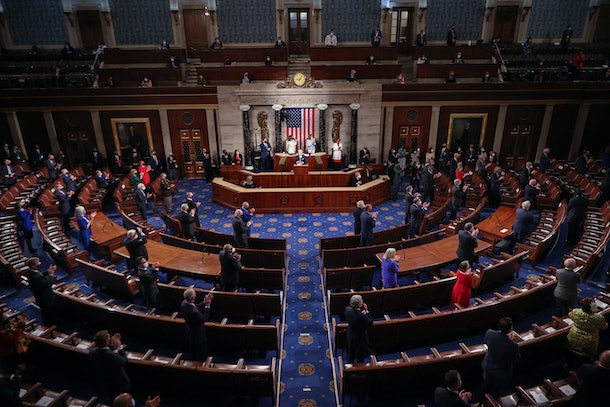 Biden’s congressional address also featured more enhanced security measures, and for good reason. Before pro-Trump rioters stormed the U.S. Capitol on Jan. 6, putting the lives of congressional lawmakers in grave danger, there were no barricades around the Capitol building. Many of the Capitol insurrectionists belonged to right-wing extremist groups classified as terrorist organizations by the Southern Poverty Law Center (SPLC).

“We won’t ignore what our own intelligence agencies have determined,” Biden stated in his 2021 speech. “The most lethal terrorist threat to the homeland today is from white supremacist terrorism.” After the Capitol insurrection, security placed barricades around the U.S. Capitol, which were still present on April 28, 2021, the day of Biden’s speech. 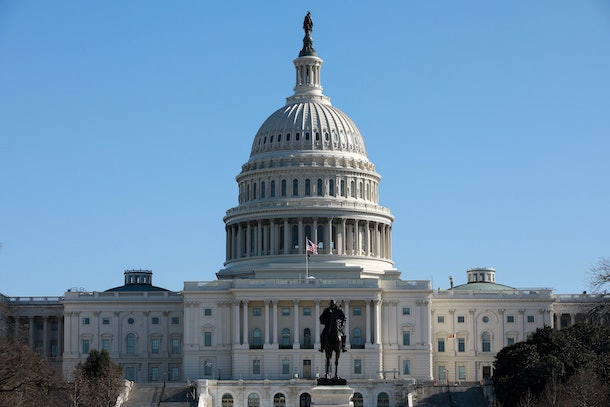 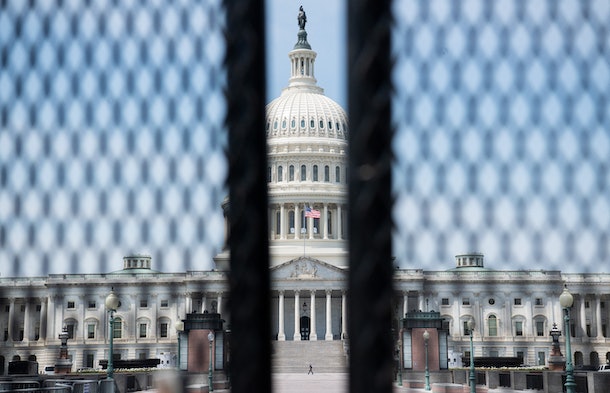 And then there are the fans — er, colleagues. In 2020, Trump’s State of the Union address, which was characterized as a “manifesto of mistruths” by House Speaker Nancy Pelosi, was marked with a strong averse reaction from Democrats. In fact, Pelosi herself ripped up the president’s speech while standing right behind him. Brutal.

Meanwhile, in 2021, Biden has the benefit of a House and Senate both controlled by Democrats, meaning he’s backed by his own party — literally. Biden had the honor of being the first president to give his address backed at the podium by two women, his own Vice President (and president of the Senate) Kamala Harris, as well as Pelosi in her role as Speaker of the House. 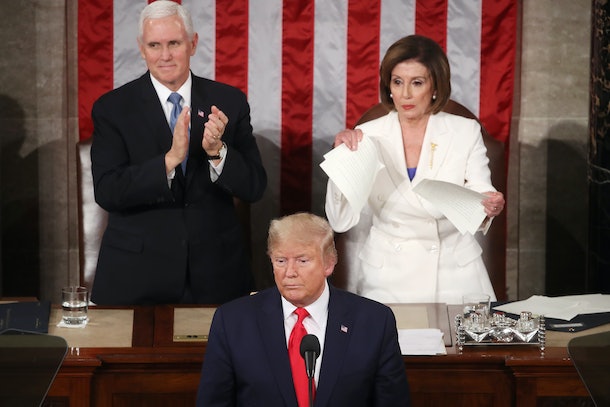 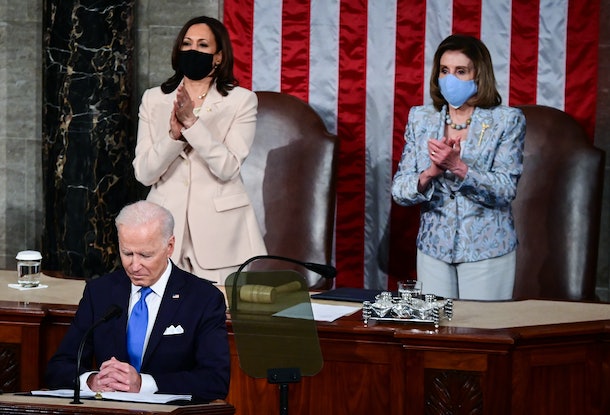 Biden stated the country has a lot more work to do when it comes to reconciling divisions and uniting the country. “Now is our opportunity to make real progress,” he stated in his April 28 speech. “I know the Republicans have their own ideas and are engaged in productive discussions with Democrats. We need to work together to find a consensus.” 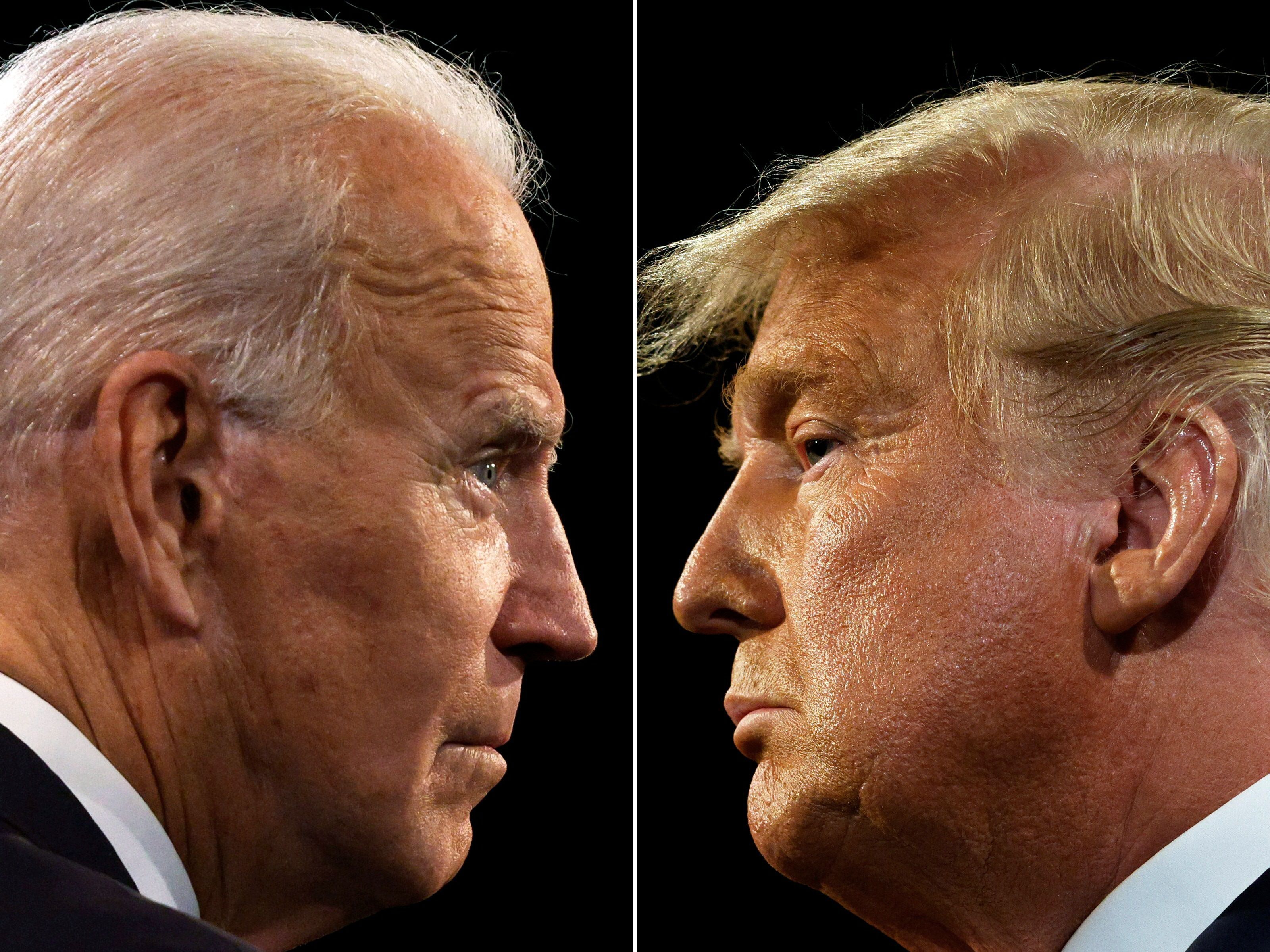 https://www.elitedaily.com/p/these-photos-of-bidens-2021-address-to-congress-vs-trumps-2020-sotu-show-some-big-changes-74757497, GO TO SAUBIO DIGITAL FOR MORE ANSWERS AND INFORMATION ON ANY RELATIONSHIP TOPIC