Riverdale may have solved one of its major mysteries, but the show had another shocking twist waiting in the wings to keep fans theorizing. And because so much happened on Wednesday night’s latest episode, here’s your spoiler alert that you should not read on if you have not yet seen Riverdale Season 3 Episode 10, “The Stranger.” The new episode shocked everyone by unmasking the Gargoyle King — thought to be the main antagonist of the whole season — but quickly introduced a brand new mystery: Who shot Hiram Lodge on Riverdale?

It was beginning to look like Hiram Lodge was untouchable as Riverdale‘s resident crime boss. He somehow always seemed one step ahead of everyone else, and even though pretty much everyone in town knows that he’s a mafia kingpin, he has still remained totally unscathed for a a season and a half now. But he finally got what was coming to him on Wednesday night’s new episode — towards the end of the episode, Hiram was mysteriously shot in the chest. So who shot him? Hiram is obviously not short on enemies, but there are a few suspects that stick out the most. Let’s go over some of the major suspects, from the least to most likely to have fired the gun:

The show definitely made it seem like Archie finally broke down and shot his nemesis Hiram, but then again, the show also faked us out about Archie’s death last week. Although Veronica is suspicious of her ex, this seems to be another Archie fake-out.

Fred threatened to kill Hiram at the beginning of the episode if he ever harmed Archie. Could Fred have decided to preemptively take Hiram out to protect his son? It feels a bit out of character for Fred to immediately grab a gun without Hiram actually doing anything to Archie since he’s been back in town, though.

Although pretty much everyone hates Hiram Lodge, there are only a handful of characters who both hate him and wouldn’t think twice about killing someone. Enter: Penelope Blossom. Although she has been working alongside Hiram for a while now, she makes it clear that she is frustrated with the fact that he has yet to give her a brothel. Could that be enough to cause her to kill off her ally?

In dramatic TV murders, the spouse always has to be a suspect, and there is definitely reason to believe Hermione may have finally had enough of her criminal husband. Earlier in the episode, Hiram straight-up threatened her into appointing Claudius Blossom the new town sheriff, which Hermione clearly did not want to do. And at the end of the episode, it is revealed that Hermione had some secret scheme to make F.P. Jones the sheriff all along. Was shooting her husband all a part of her plan?

5. Someone from The Farm

The thing that sticks out the most in relation to Hiram’s shooting from this new episode is his plan to purchase the vacated Sisters of Quiet Mercy property. Since that new plan only just came up and Hiram got shot directly after buying the place, it definitely could be the cause of the shooting. And who else was bidding on the mansion, and wound up getting it after Hiram’s shooting? The Farm. Perhaps Evelyn Evernever or her still mysterious father Edgar shot Hiram to get a new headquarters for their cult.

But the most convincing case can probably be made for a character that we have not even met yet. Mark Consuelos’ real-life wife Kelly Ripa is joining Riverdale in next week’s episode, where she will be playing Hiram’s mistress Mrs. Mulwray. Not only that, but first-look photos show her brandishing a gun. It seems to be simple math from there: Hiram’s mistress plus gun equals shooter. Then again, you never do know what to expect from this show. 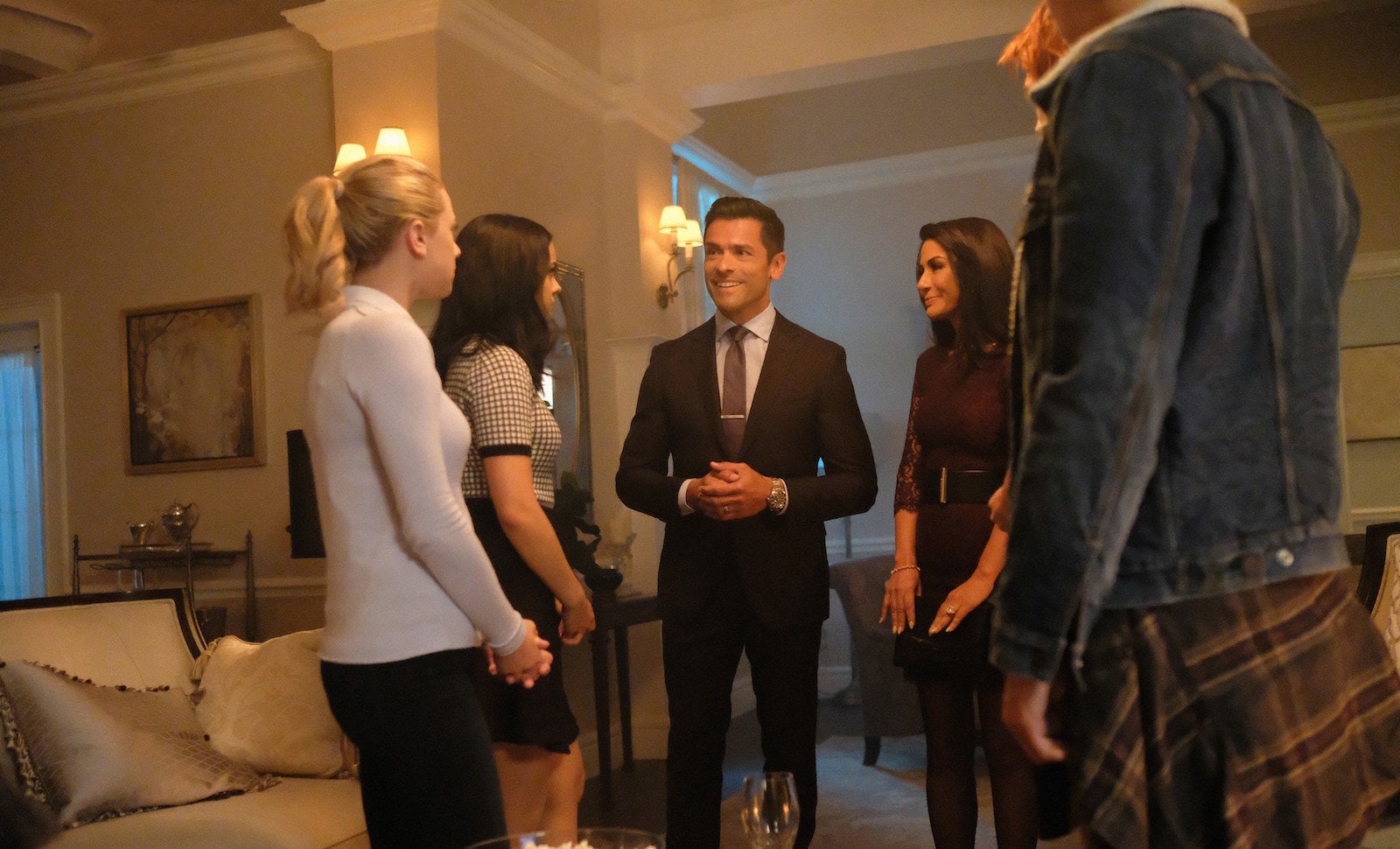 https://www.elitedaily.com/p/who-shot-hiram-lodge-on-riverdale-lets-go-over-the-suspects-15868476, GO TO SAUBIO DIGITAL FOR MORE ANSWERS AND INFORMATION ON ANY RELATIONSHIP TOPIC