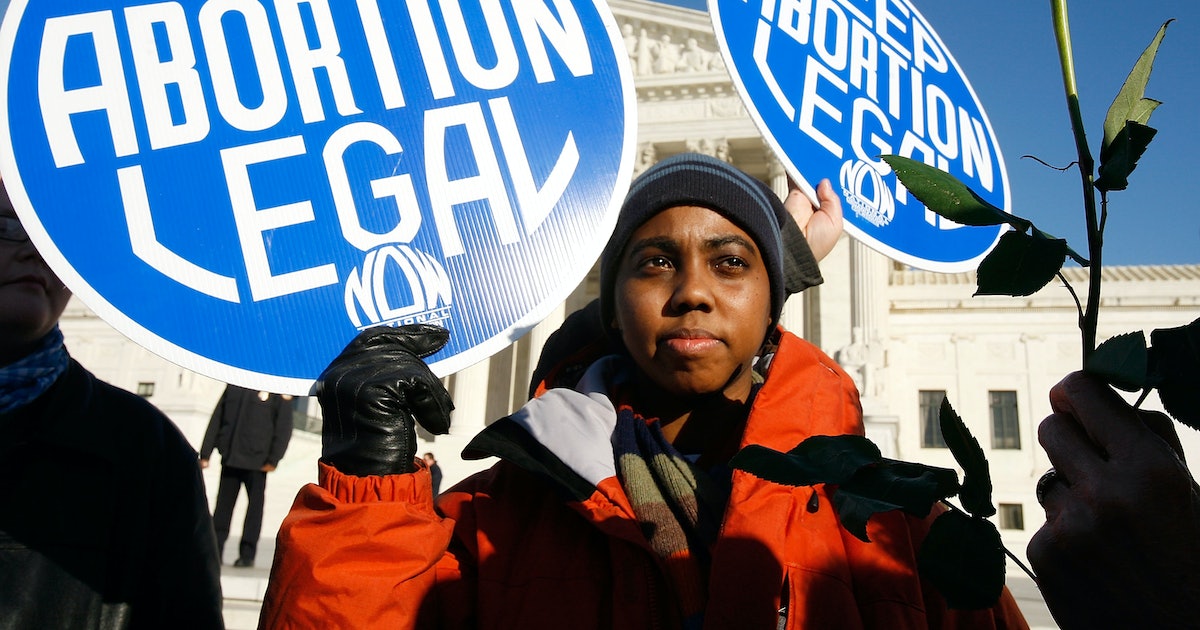 People are seriously not happy with Georgia’s new abortion law, which prohibits women from receiving abortions after six weeks of pregnancy — before many even know they are pregnant. In response to the move, some have taken to social media vowing to challenge the legislation, with the idea of a sex strike. So what is the #SexStrike hashtag exactly? This is interesting.

The hashtag seemed to be created on Saturday, May 10 by actor-turned-activist Alyssa Milano. The former Charmed star used the hashtag to call on women to abstain from sex until Georgia repeals its abortion ban, which was signed into law on May 7 by Republican Gov. Brian Kemp. The law, which will reportedly go into effect on Jan. 1, 2020, bans abortions after a fetal heartbeat is detected, with the only exceptions being if the life of the mother is at risk and in cases of rape or incest. Additionally, it leaves pregnant individuals open to prosecution for miscarriages, as well as those who travel out of state to receive legal abortions.

It’s a step back in time to some that prompted a call to action from Milano. She tweeted on Friday, May 10:

Our reproductive rights are being erased. Until women have legal control over our own bodies we just cannot risk pregnancy. JOIN ME by not having sex until we get bodily autonomy back. I’m calling for a #SexStrike. Pass it on.

“Get in the game ladies,” one person tweeted.

“How about ONLY Women make laws controlling women’s bodies?” a Twitter user by the name Brian Krassenstein added.

But not everyone is on board with the strike. Some people tweeted that Milano’s proposal is counteractive, as abstinence is an idea that conservatives tend to push anyways. Others declared that the strike reinforces the idea that sex is something only men desire, and that a strike makes it as though women’s bodies are just a “bargaining chip.”

Shannon Watts, founder of Moms Demand Action For Gun Sense in America, pushed back against the sex strike and suggested that voting for candidates who push for laws to protect women’s reproductive rights is the only way to get them back.

Milano responded, “So you’re down with women getting the death penalty for obtaining healthcare? Getting life in prison? Re-implantation of ectopic pregnancies? Roe v Wade being overturned? As long as they try to roll back our rights, every time we have sex we risk jail time. Down with that?”

Watts responded that she still believes “grassroots activism” is the answer, as opposed to the sex strike. Some commenters even thought Milano’s idea harkened back to a fictional sex strike in an ancient Greek play by Aristophanes called Lysistrata, in which Greek women refused their husbands sex in order to end the Peloponnesian War.

So, while it seems most people are in agreement that rolling back women’s reproductive rights with restrictive abortion bills is the wrong direction, it looks like people are seriously torn over the the merits of a sex strike.

But that’s not the only challenge to the ban out there. Former Georgia gubernatorial candidate Stacey Abrams, who lost to Kemp in close race during the 2018 midterms, pledged on May 7 that she and other Georgians “will fight back in court and at the voting booth.”

Abortion rights advocacy group NARAL Pro-Choice America is also clapping back at the ban through a new campaign. On May 7, the organization said in a statement to Elite Daily that it has partnered with Planned Parenthood Southeast Advocates (PPSE) for a campaign called #ReclaimGeorgia. The campaign aims to “lay the groundwork for unseating out-of-touch, anti-choice state legislators who voted for a bill that banned abortion before many women even know they’re pregnant.” Those involved will educate voters about the actions and votes of anti-choice legislators from the past session, and anti-choice politicians ahead of the 2020 elections through direct mail, digital ads, door-to-door canvassing, and more. (Interested? NARAL has several ways you can help out on its website.)

The American Civil Liberties Union (ACLU) of Georgia also said in a press release on May 6 that it would act to “block this assault on women’s health, rights, and self-determination.”

So the fight for reproductive rights isn’t solely tied up in the sex strike. Get ready. 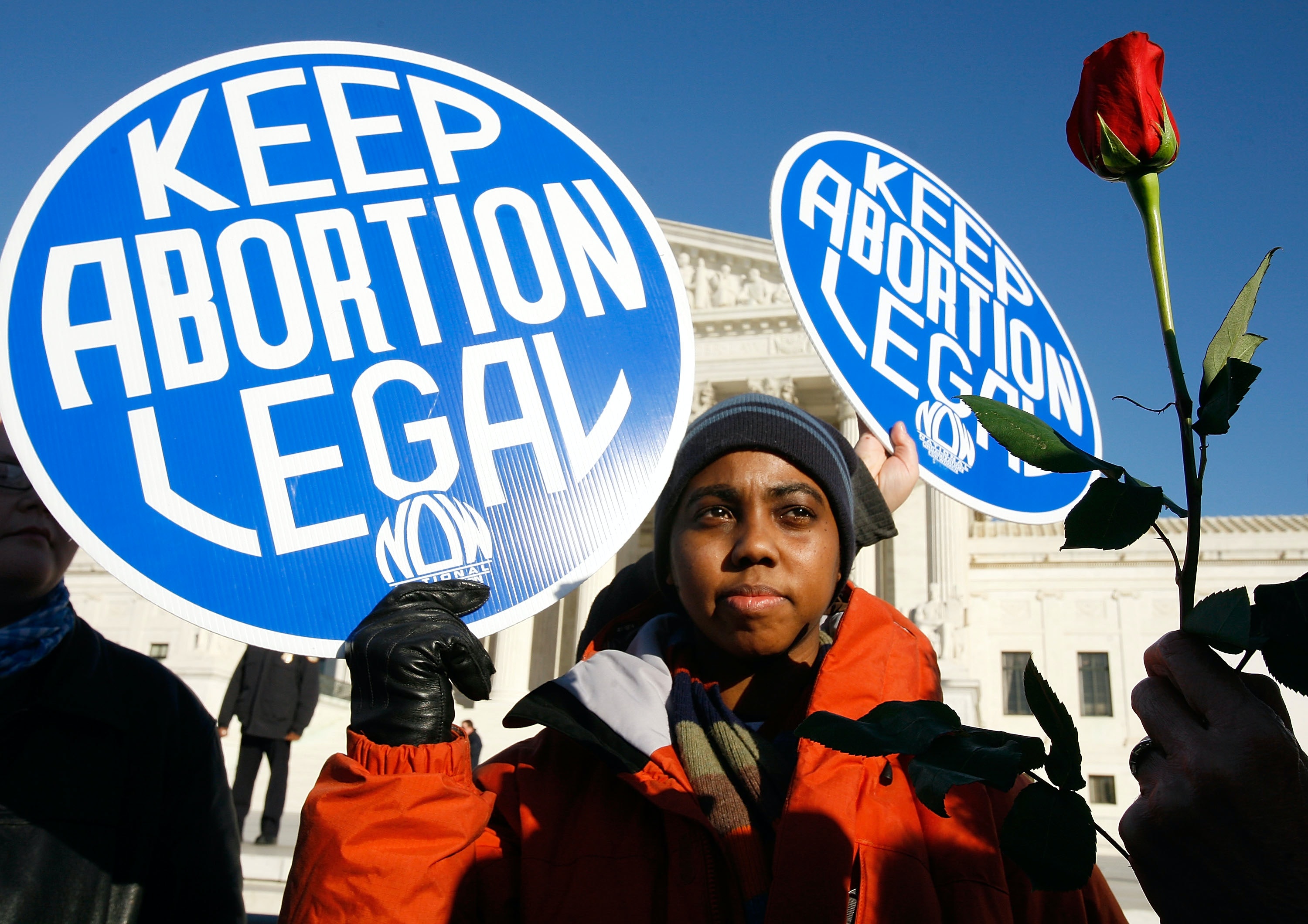 https://www.elitedaily.com/p/what-is-the-sexstrike-hashtag-people-are-responding-to-georgias-new-abortion-law-17866623, GO TO SAUBIO DIGITAL FOR MORE ANSWERS AND INFORMATION ON ANY RELATIONSHIP TOPIC

37 thoughts on “What Is The #SexStrike Hashtag? People Are Responding To Georgia’s New Abortion Law”