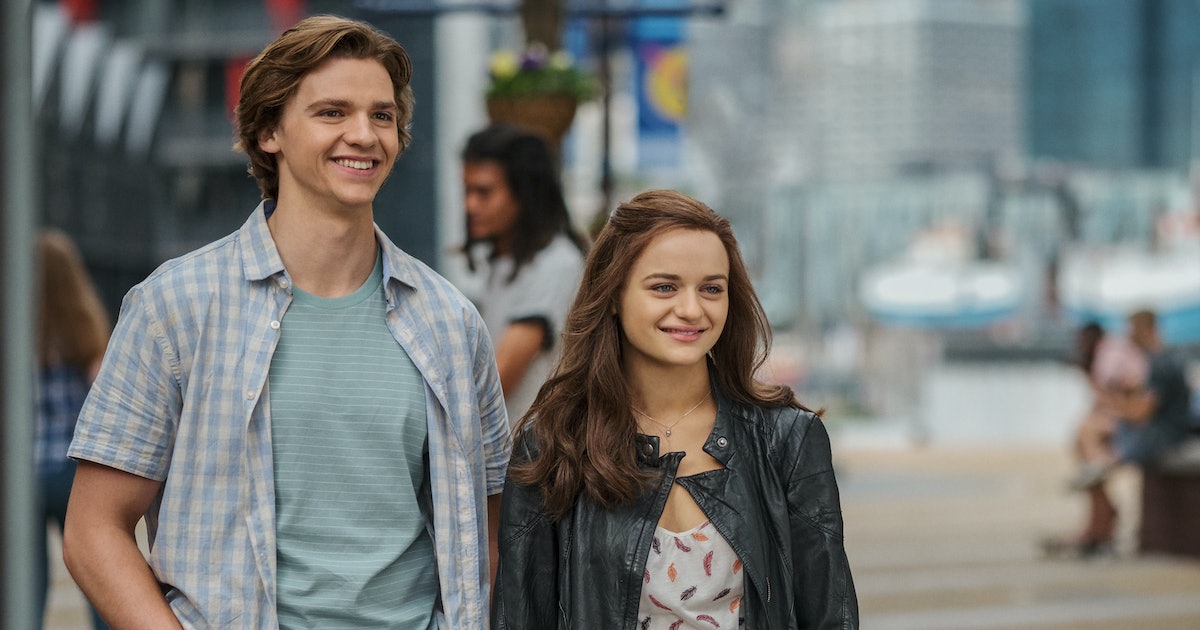 July 24 was one of the most exciting days of summer 2020, thanks to The Kissing Booth 2 dropping on Netflix. The highly anticipated film, based off the young adult series by Beth Reekles, follows lifelong best friends Elle (Joey King) and Lee (Joel Courtney) as they navigate relationships, high school, and planning their futures. While die-hard fans already have both films memorized, these The Kissing Booth 2 behind-the-scenes facts just might shock even the most dedicated viewers.

Warning: Spoilers for The Kissing Booth 2 ahead. Throughout the first film, Elle started secretly dating Lee's older brother, Noah (Jacob Elordi), and Lee got together with Rachel (Meganne Young). The second film picked soon after Noah left for Harvard, leaving him and Elle to figure out whether they could navigate a long-distance relationship, and Lee to learn how to balance his time between his BFF and his girlfriend. If that wasn't tricky enough, adding two new, super-hot people — Chloe (Maisie Richardson-Sellers) and Marco (Taylor Zakhar Perez) — to the mix made it rom-com magic.

With the third movie already slated for a 2021 release, that gives fans a year to blast the soundtrack, follow their fave stars on Instagram, and theorize about who, exactly, Elle will end up with for good. Here are a few more deets to add to your ever-growing The Kissing Booth encyclopedia:

1. King Had To Wear Wigs While Shooting

King shaved her head for her Emmy-nominated performance in The Act, so in order to pull off Elle's look, she had to wear wigs throughout filming of The Kissing Booth 2. According to the online publication Missy, three wigs were custom-made by the Alex Rouse Wig Company for King to use in the film.

READ  6 Effective Learning Techniques that are Backed by Research

2. The Movie Was Filmed In South Africa

While both Kissing Booth movies mostly take place in California, the majority of the shots were actually filmed in Cape Town, South Africa — though some of the more iconic Los Angeles landmarks were filmed back on the U.S. West Coast.

3. Young Was Born In South Africa

Although the actor who plays Rachel now lives in Vancouver, she was born in South Africa and spent a year living in Cape Town. In fact, Young actually got the role of Rachel while she still lived in the area. In an interview with TooFab, she said she still has friends and family in the area and got to visit with them while portraying her character in the films.

4. A Lot Of Work Went Into The Soundtrack

Director Vince Marcello was very particular with his soundtrack choices, purposefully weaving modern and classic hits together for the feel-good, nostalgic mix that just begs to be played all summer long. From The Beach Boys to The Romantics to White Plains, here's hoping the third film's musical track is just as epic.

5. Perez Couldn't Play Guitar When He Was Cast

Though Perez has been stage training since a young age — and was confident in his singing and acting abilities when auditioning for the film — one trait of Marco's he didn't possess was his guitar playing skills. "I have never played guitar in my life. I grew up playing piano," he told Glamour in a July 23 interview.

A week after landing the part, he started taking lessons and by the time filming rolled around, he was ready to perform in front of hundreds of people.

6. The Flynn Home Was In 'Black Mirror'

If you recognized the gorgeous home the Flynn family lives in, it's probably because you saw it in another Netflix original. In the 2019 Black Mirror episode “Rachel, Jack and Ashley Too” (you know, the one starring Miley Cyrus), that same house was used for both the interior and exterior shots of Cyrus's character's home.

7. Courtney Is A Great Dancer

While working on her dance moves for The Kissing Booth 2, King practiced so hard she wound up with a painful injury. “That training — it is intense,” she told the Los Angeles Times. “It’s so hard. Now I have tendinitis in my elbow from it.” After seeing her performance in the movie's dance competition it's pretty clear her hard work paid off.

9. Richardson-Sellers Worked Hard For Her Role

On July 26, just two days after The Kissing Booth 2 was released, Netflix announced the third film was not only going to come out in 2021, but is also already filmed. The two movies were produced in tandem while the cast was in South Africa, which means fans will be getting more Elle, Lee, and Noah sooner rather than later.

The Kissing Booth 2 is on Netflix now. 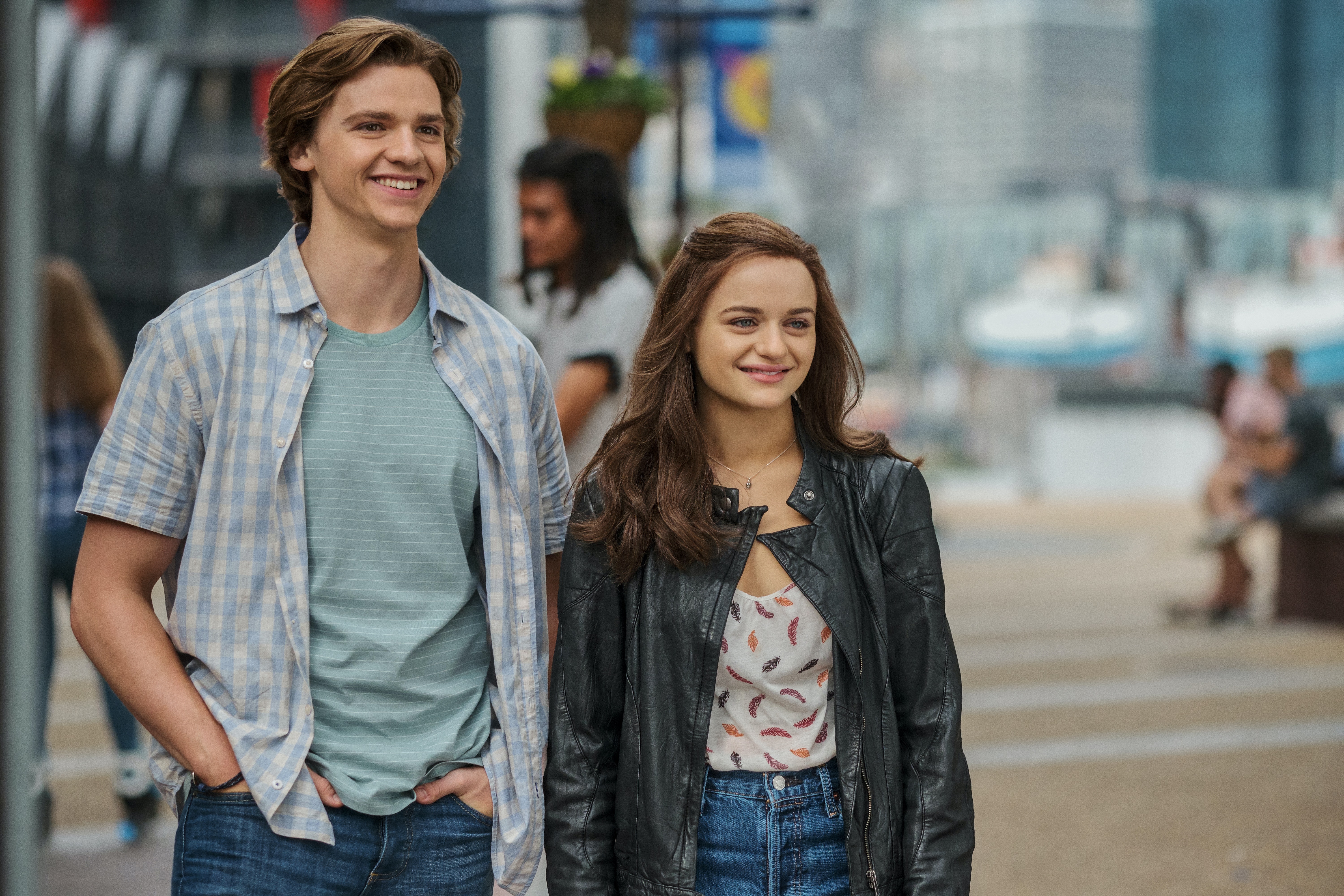 https://www.elitedaily.com/p/these-the-kissing-booth-2-behind-the-scenes-facts-are-everything-30077686, GO TO SAUBIO DIGITAL FOR MORE ANSWERS AND INFORMATION ON ANY RELATIONSHIP TOPIC