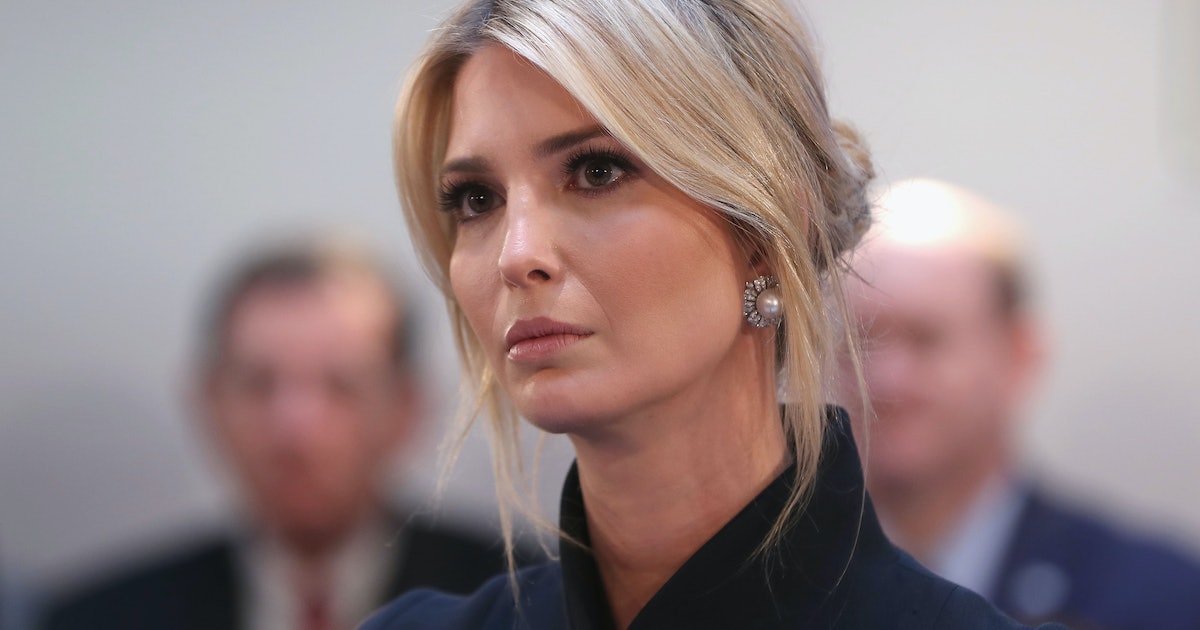 There may not be a woman in the White House, but there are still definitely women in the White House, and they’re all here for International Women’s Day. Ivanka Trump, like many of the rest of us, took to Twitter on March 8 to celebrate the big day, and Ivanka Trump’s tweet for International Women’s Day is all about one of her favorite subjects: women’s economic empowerment.

The first daughter celebrated the day with a tweet and Instagram post sharing a video about her women’s economic empowerment initiative, the Women’s Global Development and Prosperity Initiative (WGDP). “Women’s economic empowerment isn’t just an issue of justice, it’s an issue of prosperity, it’s an issue of security,” Trump says in a voiceover. “With WGDP, we’re seeking to help countries go from being recipients of U.S. development assistance to trading partners.” Per its website, initiative aims to reach 50 million women by 2025, with goals of increasing their labor force participation, helping grow women-owned businesses, and removing barriers to women’s workforce participation

The same day, the administration of her father, President Donald Trump, announced that they would seek $100 million in the 2020 budget to support the initiative, according to the Associated Press. The money will come from the U.S. Agency for International Development, which originally committed $50 million.

Trump first announced the global women’s initiative back in December 2018, to focus on empowering women’s economic development, according to The Associated Press. The initiative partners with the private sector as well as government agencies like USAID and the National Security Council, and is supported by private investment as well as federal money. Trump has also worked to pass the Women’s Entrepreneurship and Economic Empowerment Act — bipartisan legislation aimed at increasing efforts to support female-run business internationally. The bill was approved by Congress in 2018. Trump has also notably pushed for women-friendly issues like paid family leave, as well as supporting girls and women entering science, technology, engineering and math (STEM) fields.

However, Trump’s moves and words about supporting women haven’t always been well received, thanks to her association with her father’s administration, which has made moves like rolling back equal pay initiatives, attempting to revoke free access to birth control for women under the Affordable Care Act (ACA), or limiting access to abortion referrals under Title X. The White House did not immediately respond to Elite Daily’s request for comment on the subject, including criticisms. Last year on International Women’s Day, the first daughter tweeted a rundown of what the day is about: celebrating “women’s achievements” and helping to “empower” them. Trump wrote,

Today we come together in recognition of women at home & around the globe. We celebrate women’s achievements, past & present, & pledge to empower women to reach their full economic potential for generations to come. When women thrive, we ALL succeed. #InternationalWomensDay

While it was a nice, if fairly bland, sentiment, some people took issue with Trump talking about empowering women, given her father’s administration’s track record with women’s issues. Let’s just say people were not shy about sharing those feelings.

If history tells us anything, Trump’s latest tweet might not go over so well. Happy International Women’s Day! https://www.elitedaily.com/p/ivanka-trumps-tweet-for-international-womens-day-2019-is-all-about-economic-empowerment-16816425, GO TO SAUBIO DIGITAL FOR MORE ANSWERS AND INFORMATION ON ANY RELATIONSHIP TOPIC