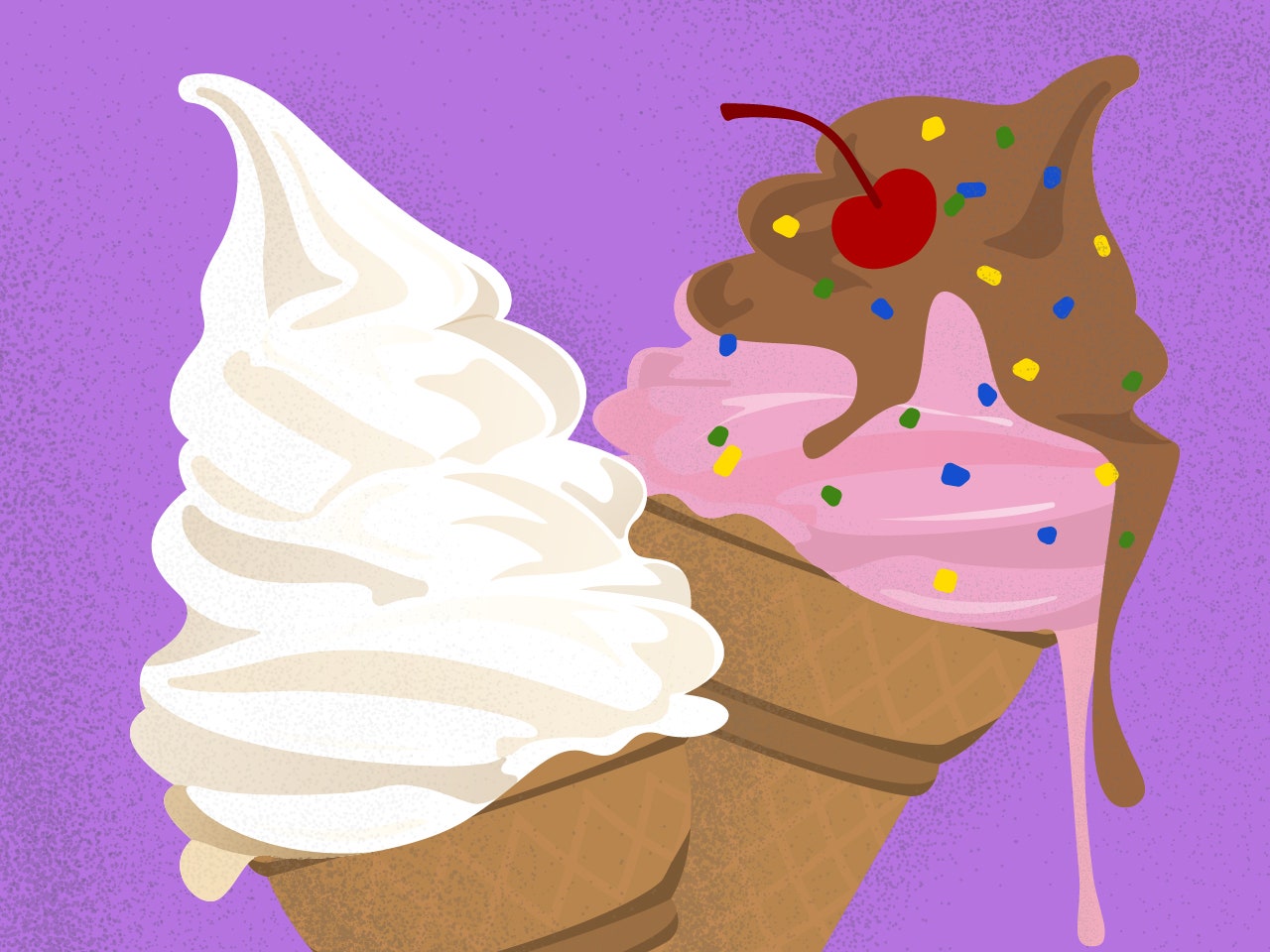 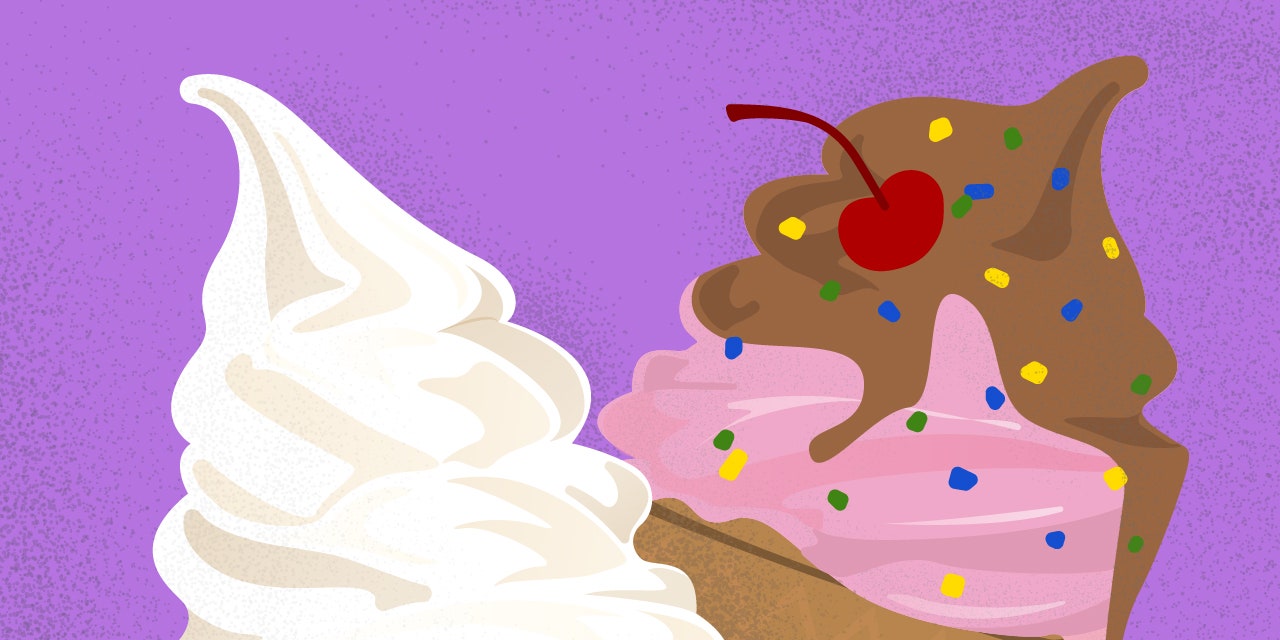 For me, it was both. I was submissive to dominant lovers inside and outside the bedroom: Some called me epithets I was aroused to hear, slapped me across the face, or used nipple clamps. The most exciting lovers kept me mentally on edge, teasing me about the things they wanted to “make” me do, like have sex with strangers while they watched. I sought out kinky partners, knowing that I would feel let down by someone with more vanilla—that is, nonkinky—tastes. When I discovered someone and I had mutually shared kinks, it was like I’d found a sexual soul mate who spoke the same intimate language I did. Like all healthy and consensual BDSM relationships, my partners and I communicated openly and established our boundaries and limits before actualizing our sexual fantasies.

Seven years ago, at the age of 36, I started dating my boyfriend D. What first appealed to me about D. was his sense of humor, creativity, and honesty. We talked for three hours nonstop on our first date. And yet from the start, the way we made love was about as far from kinky as I could get. We regularly enjoy oral sex and hand jobs, either as part of foreplay or the main event. We have intercourse in the one position that’s most comfortable, given our size differences. Sometimes we use vibrators on each other. None of those actions ever involve any of the aspects of BDSM that were the main things that got me aroused in past relationships. Our routine—and that’s a word I use here with positive connotation—has only solidified over the years.

I used to feel disappointed when I slept with a lover who wasn’t as into dominating me as I wanted him or her to be. But I noticed immediately that with D., I didn’t miss my submission in the bedroom. In fact, a few times he started to spank me and I stopped him after a few smacks. The spanking didn’t arouse me; it felt neutral, which isn’t what I look for in bed and truly the opposite from how spanking stimulated me in the past. In fact, all the behaviors I’d previously found totally erotic and central to my pleasure no longer turned me on.

I want to clarify something important: I don’t have any issues with my kinky past and I don’t feel shame over my past desires or previous work. I also know I am not trying to contort myself to fit into a vanilla life to appease D., or for matters of convenience. Rather, I was the one who’d changed—but perplexingly, there was no lightning bolt moment that made me “decide” to stop being kinky.

Losing my kinkiness feels like it happened over time, and like would have come about even if I wasn’t with D. In fact, in moments alone, I have replayed some of my dirtiest submissive fantasies, the ones that had always been a surefire way to get me aroused. They no longer get me going, even on the few occasions when I’ve fantasized about someone other than D. And I am fully convinced that if D. and I broke up today, I would not seek out a kinky partner. It’s an intimate language I no longer speak.

This identify shift feels utterly confusing. Anecdotally, I know I’m not the only one whose kink level has changed. Yet it still feels strange at times, like someone came in and took over the parts of my brain that control arousal. Have I repressed my inner kinkster? Is it that I now associate it with previous (not great) romantic relationships (and the subsequent breakups)? Hormonal changes that come with my mid-40s? Fear of rejection? Stress? It’s difficult—if not impossible—to parse out the exact reasons my sexual tastes changed and whether they are physical, psychological, or some combination of both.

Why people stop being kinky is not a well-explored area. Keely Kolmes, Psy.D., a licensed psychologist with a private practice in the Bay Area, said they (their preferred pronoun) haven’t seen any clients in my exact situation, but have worked with people whose sexual identities or practices have changed for various reasons.

Beyond the many reasons that women might have changes in desires, one possibility could be that my kinky desires are in a hibernation of sorts, Bianca Laureano, of Oakland, California, a sex educator and cofounder of the Women of Color Sexual Health Network, suggested. “You may be getting so much fulfillment in other parts of your life, that one identity you had [is] taking a break or it’s resting or evolving,” she said.

When we got off the phone, I at first thought Laureano’s observation didn’t apply to me, as I have not had any experiences that I would consider traumatic. Then it occurred to me that for the past few years, I have been dealing with the stress of trying unsuccessfully to get pregnant. While my move away from being kinky predates my struggles with fertility, perhaps the two are linked in a way I haven’t consciously been aware of. Since I already feel so emotionally vulnerable from the ups and downs of infertility, it’s possible that kink didn’t simply take a hiatus; instead, maybe I am subconsciously trying to protect myself from the deep vulnerability that submission requires of me, because I don’t have any more reservoirs of vulnerability left. That seems as possible an explanation as any, but of course, I don’t really know.

Relinquishing my kinky identity feels bittersweet. I’ve learned that the missionary position gives me as much pleasure as kink used to, as does oral sex and even intense makeout sessions. These are joyful discoveries to be made in middle age. On the other hand, I’ve had to overcome feelings of shame that I’m no longer as wild (for lack of a better word) as I was during my younger years. For someone who used to need handcuffs or power play to get her revved up, that has taken some getting used to—even seven years in.

Fortunately, my libido is entirely the same. My pleasure is just delivered in a different way now. The more we do it, the more variety and excitement I discover in the kind of sex I would have dismissed in the past as not edgy enough. Only now, it pushes me over the edge.

Rachel Kramer Bussel is a writer covering sex, dating, books and pop culture. She’s the editor of over 60 anthologies, including Cheeky Spanking Stories, The Big Book of Orgasms, Come Again: Sex Toy Erotica, and the Best Women’s Erotica of the Year series. She teaches erotica writing workshops at sex toy stores, colleges and conferences around the world, as well as online. Follow her @raquelita on Twitter and @rachelkramerbussel on Instagram.

https://www.self.com/story/stopped-being-kinky, GO TO SAUBIO DIGITAL FOR MORE ANSWERS AND INFORMATION ON ANY TOPIC