Chrissy Teigen might have the throne now, but Alexandria Ocasio-Cortez might just be the next in line for “queen of clap backs.” From defending her views to speaking out against controversial policies, the New York representative has proved time and time again that she’s not one to mess with. Unfortunately, one Twitter user missed the memo and appeared to challenge her on the number of black employees in her staff. It didn’t go over so well, as Alexandria Ocasio-Cortez’s comment about having a diverse staff totally shut him down.

This all started with comments that were made during a Feb. 27 congressional appearance by Michael Cohen, President Donald Trump’s former lawyer and fixer. While testifying about his former client’s alleged transgressions, Cohen claimed that Trump is a racist. Elite Daily previously reached out to the White House for comment on Cohen’s remarks, but did not receive a reply. During the testimony, Rep. Mark Meadows (R-North Carolina) referenced Lynne Patton, who The New York Times described as “one of the most prominent African-American officials in the Trump administration,” saying her relationship with the president proved Cohen’s claim to be untrue. Rep. Rashida Tlaib (D-Michigan) responded to Meadows using a black Trump employee as a “prop” to show Trump isn’t racist, saying:

Just because someone has a person of color — a black person working for them does not mean they aren’t racist. And it is insensitive that some would even say — the fact that someone would actually use a prop — a black woman — in this chamber, in this committee is alone, racist in itself.

Per NPR, the two congresspeople apparently resolved the issue on Thursday, Feb. 28. Both Tlaib’s and Meadow’s respective representation did not respond to Elite Daily’s request for comment on the matter.

The Feb. 27 comment from Tlaib had Ocasio-Cortez cheering her on. “Total bravery from [Rashida Tlaib] as she reminds the nation that tokenism *is* racism,” she tweeted on Feb. 28.

Shortly after, Fox News contributor Charles Payne replied to the tweet, asking Ocasio-Cortez how many black people are on her staff, which resulted in a brutal comment from the representative on March 2.

“We have Black staff,” Ocasio-Cortez fired back.

We don’t parade them around to show the world how diverse our team is, and use that as some kind of evidence of the absence of racism. That’s what tokenism is.

Elite Daily reached out to Payne for comment on Ocasio-Cortez’s response, but did not hear back at the time of publication. Excuse me while I reel from secondhand embarrassment.

Payne then followed up, tweeting, “Thanks for getting back. [It’s] disappointing rhetoric to suggest people are paraded and belittle hiring of Black people as tokenism. Moreover, questioning their accomplishments is even more problematic. You get that. BTW some of the Black folks on your staff m[a]y want to be visible.”

Ocasio-Cortez’s representation did not reply to Elite Daily’s request for comment to Payne’s response at the time of publication. Although, Ocasio-Cortez did tweet a link to a 1962 NYT archive article by Dr. Martin Luther King called “The Case Against ‘Tokenism.'” In the article, Dr. King referred to “the current notion that token integration will satisfy his people” as “an illusion,” per the publication.

Back to her discussion of diversity, Ocasio-Cortez also went on further to answer a question asking if diversity programs are “tokenism”, saying, “In my opinion, it’s all in the execution:”

– Why is the program being implemented (bc current lack of diversity looks bad, or bc you’re actively trying to cultivate talent?)

– Does the program put people in positions of consequential decision-making power or are they just around?

– Does the program make selected individuals feel lucky just to be there?

– Big one: Is the org actively learning + adapting their processes based on experiences w/ program members?

-What is the org trying to learn and what internal weak spots does it ID?

I don’t know about you, but it sounds like Ocasio-Cortez puts a lot of thought into the issue of diversity in the workplace. As much as Ocasio-Cortez talks about her staff and pushes to create change for her employees, I would assume that she keeps a diverse and talented group. But maybe that’s just me.

Most recently, the congresswoman introduced a policy that says no one in her office will make less than $52,000 annually, a move aimed at her call to lawmakers to pay their employees a “livable wage.” After the news broke, Ocasio-Cortez tweeted on Feb. 22, “It’s likely one of the highest entry-level salaries on the Hill. We pinch pennies elsewhere, but it’s worth every dime to pay a living wage.” Elite Daily previously reached out to representatives for Ocasio-Cortez for further comment on her policy, but did not hear back.

Fed up with Congress’ reliance on unpaid interns, Ocasio-Cortez also announced in December 2018 that she would pay her interns at least $15 an hour. “Time to walk the walk,” she said on Twitter of her decision. “Very few members of Congress actually pay their interns. We will be one of them.”

When it comes to publicizing her ideas about topics like livable wages and workplace diversity, Ocasio-Cortez doesn’t hold back, and that’s something her critics should maybe keep in mind moving forward. Just a thought. 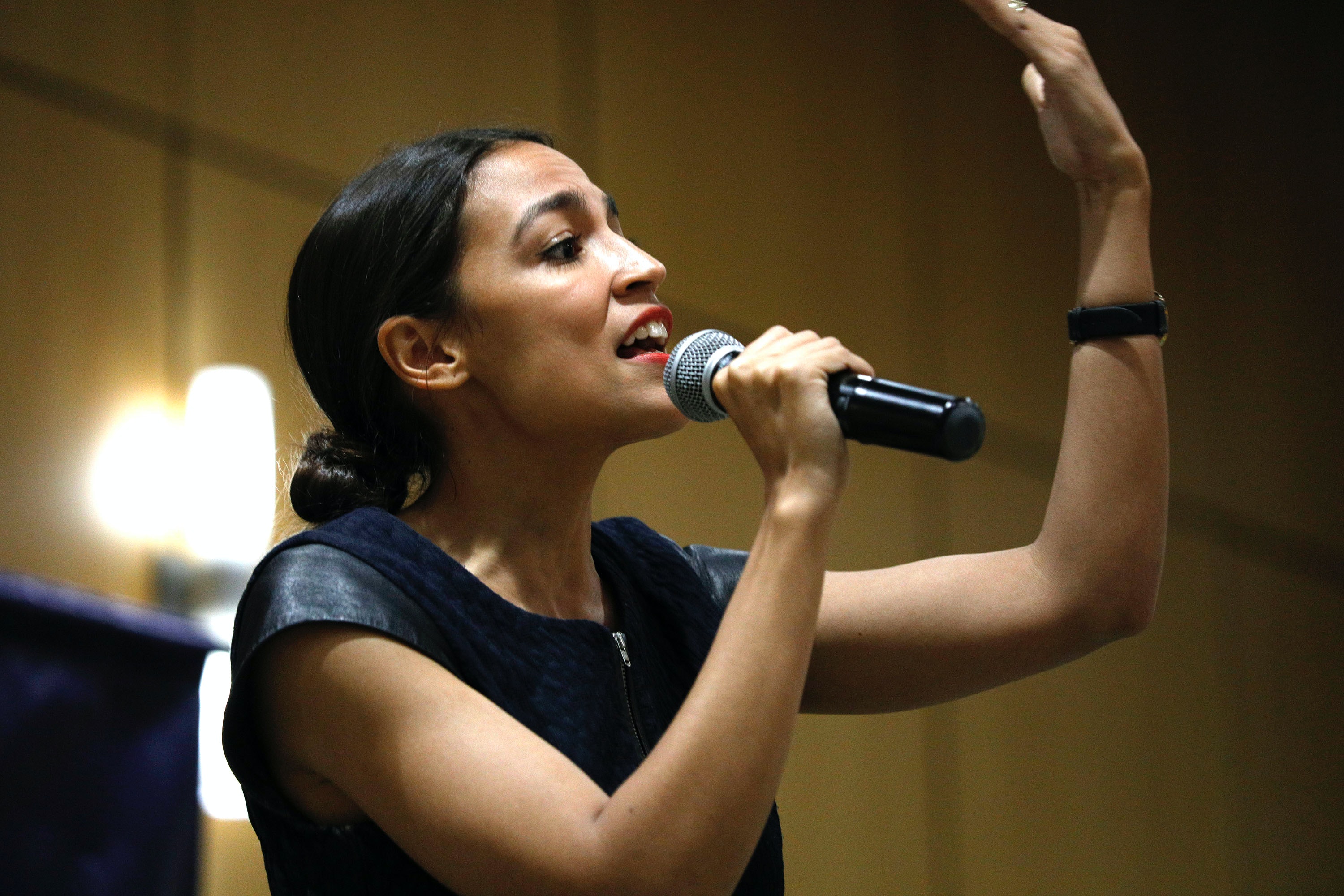 https://www.elitedaily.com/p/alexandria-ocasio-cortezs-comment-about-having-a-diverse-staff-is-a-must-see-message-16516613, GO TO SAUBIO DIGITAL FOR MORE ANSWERS AND INFORMATION ON ANY RELATIONSHIP TOPIC