Chicken nuggets and raps are an unlikely combination on The Bachelorette, but in Episode 2 of Season 15, contestant Cam's affinity for both got the internet talking. Left without a date, the early standout crashed a group date and invited another man to tag along on his presentation of chicken nuggets for Hannah Brown. He continued to step on contestants' toes in Week 3, leading to Hannah's eliminating him. Why did Hannah send Cam home? After unlikely antics, it was his handling of real-life matters that crossed the line.

ICYMI, 30-year-old Cam first made a strong impression on Hannah during the "After the Final Rose" episode in which she met five of her contestants. Cam introduced himself with his own rap, and I'm still wondering if he thought that Hannah B. was The Bachelor's rapping Hannah. Impressed by his ability to "pump up the jams," Hannah rewarded Cam with the season's very first rose and was delighted when he arrived at the mansion with yet another rap and the personal mantra of "ABC," or "Always be Cam."

Early attention can easily ruin a contestant's confidence and demeanor as a Bachelorette season continues, and such was the case for software sales manager Cam. He panicked when he didn't receive a date the next week, first crashing one of the group dates to live out Hannah's reminder to "be bold." Asking fellow contestant Kevin to sit in on his delivery of chicken nuggets also annoyed some men, but Cam wasn't exactly deterred from acting the way he was.

In May 27's episode, Cam ended up on a group date teaching men about female anatomy, admitting to not knowing the length of a woman's gestational period. That's concerning, but he truly stirred the pot at the date's cocktail party when he kept interrupting Mike's intimate conversation with Hannah. During his one-on-one time, Mike shared the story of his ex-girlfriend experiencing a miscarriage, so he was understandably annoyed by Cam hovering and trying to steal Hannah away.

The mood grew worse when Cam revealed he quit his job to go on The Bachelorette. He then refused to give Jonathan time with Hannah, resulting in Jonathan practically ushering him out the door. Later, Cam caused even more trouble at the pre-rose ceremony tailgate party.

Beforehand, Cam told the guys that he needed to discuss a personal issue with Hannah that had caused an end to past relationships. Convinced that the truth could send him home, he said goodbye to the men, who were a little weirded out by the vague confession. He then told Hannah about facing a health scare involving his knee and the risk of amputation, but his determination to tell her the truth at that exact moment didn't sit well with the men.

These personal details are totally true, as Cam uploaded an Instagram post in December 2018 about his struggles with lymphedema and recently facing the possibility of amputation. However, the sincerity behind Cam's sharing was questionable, and Mike clued Hannah in on Cam writing letters to the men because he thought his elimination was imminent.

Hannah confronted Cam about this, saying, "I just feel like it's an interesting time for you to bring up this story ... what you told me is very serious but [the timing] feels very manipulative ... This just feels really scheme-y and slimy to me."

Cam didn't exactly agree with her about seeing his story as a means to get a pity rose. Before the rose ceremony, Hannah made her opinion clear when she told the men that any roses she gave out weren't sympathy picks. Needless to say, Cam was without a rose by the end of the ceremony. 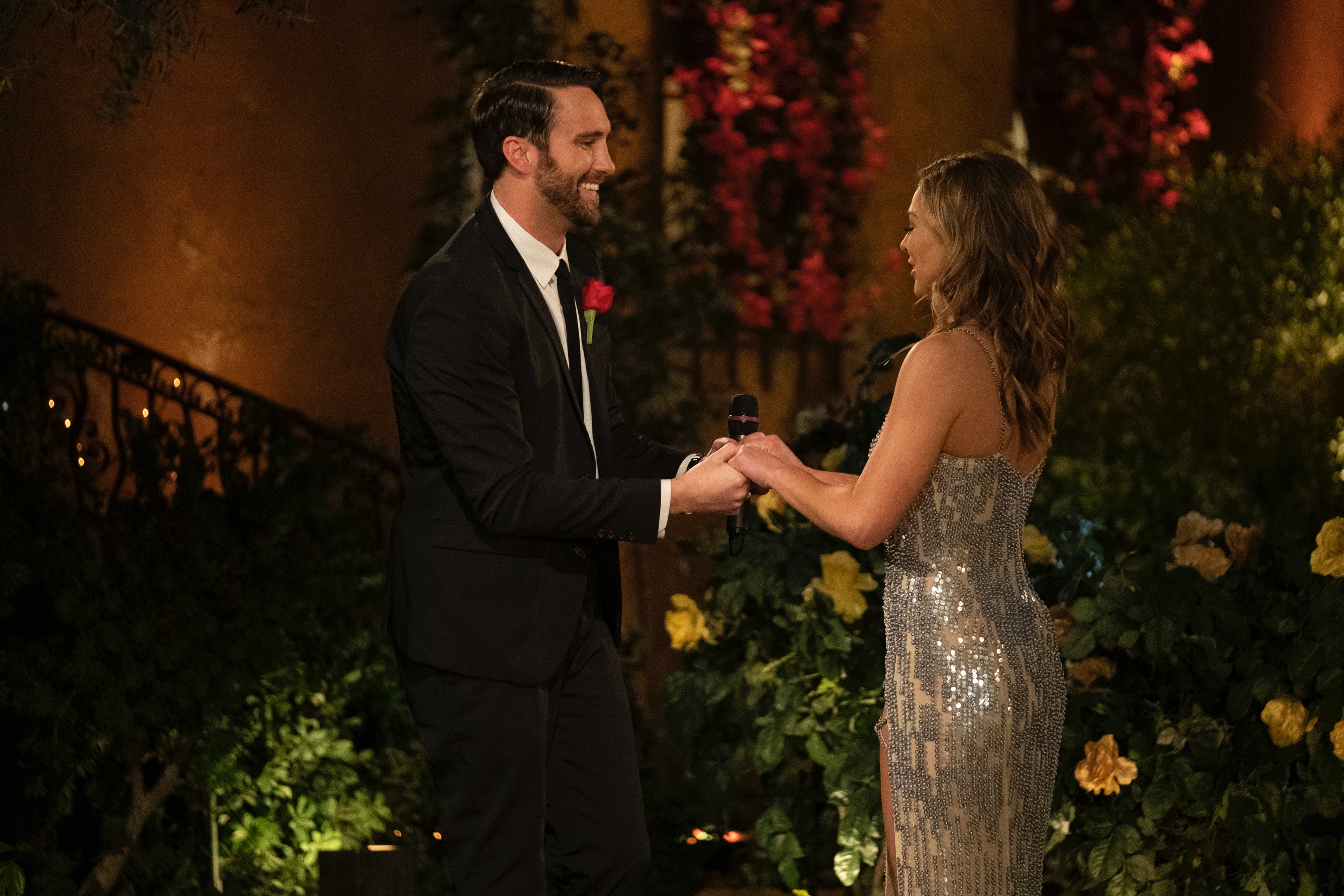 https://www.elitedaily.com/p/why-does-hannah-send-cam-home-on-the-bachelorette-heres-what-fans-should-know-17917006, GO TO SAUBIO DIGITAL FOR MORE ANSWERS AND INFORMATION ON ANY RELATIONSHIP TOPIC

7 thoughts on “Why Does Hannah Send Cam Home On ‘The Bachelorette’? Here’s What Fans Should Know”

Check Out Indian Celebrities and Their Tissot Watch Collection