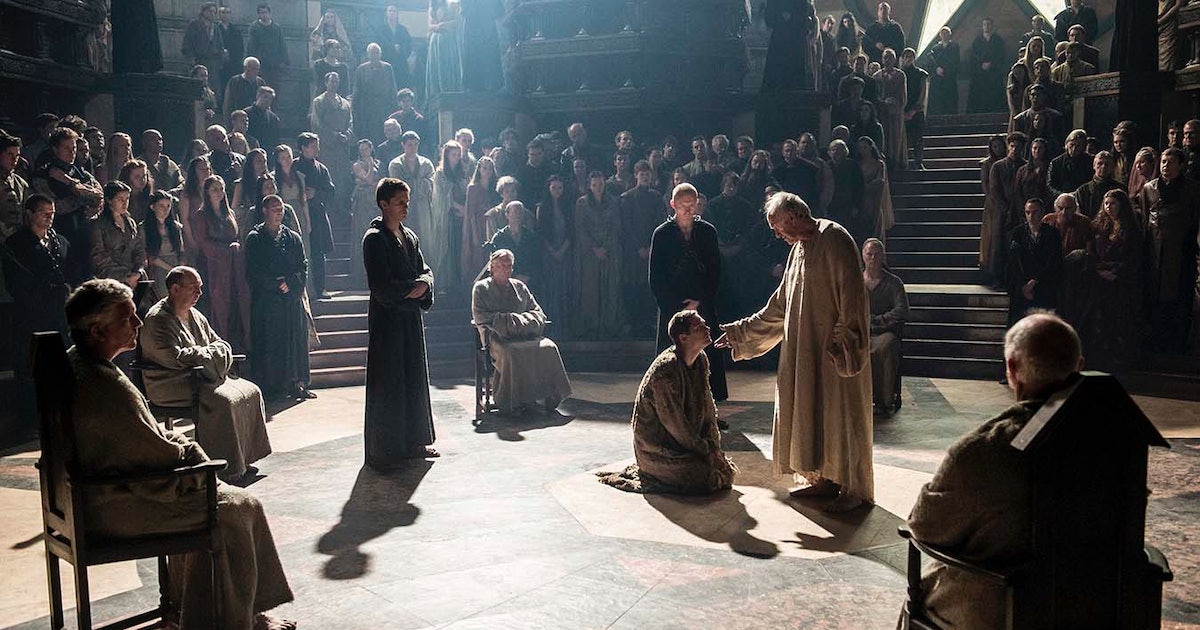 Religion is a really complicated topic. There are countless faiths and belief systems, and each one is filled with stories, rules, and plenty of other details to keep track of. In fact, perhaps the only thing more confounding than real-life religion, is the religion on Game of Thrones. There are actually a lot of different religions on Game of Thrones, almost as many as there are characters. But, the major religion that most of the characters follow is called the Faith of the Seven, and it’s pretty complex.

The religions are made up religions, in that sense, imaginative religions. I based them on real world religions just tweaking it or expanding it a little. The faith of the Seven is of course based on medieval Catholic church and their central doctrine that there is one god who has seven aspects is partly based on the Catholic belief that there is one God but he has three aspects: Father, Son, Holy Ghost. With the Seven, instead, you have The Father, The Mother, The Maiden, The Crone, The Smith, The Warrior, and a Strangers, who’s the death figure.

Thinking about the Faith of the Seven as a fantasy world version of Catholicism definitely helps it make a bit more sense. The septs that people worship in on Game of Thrones look a lot like Catholic churches, and the septons (or sparrows as they’re called more often) are a lot like priests. Instead of a cross, the symbol of the Faith of the Seven is a seven-pointed star, with each point representing one of the seven gods.

In Game of Thrones Season 5, the Faith of the Seven plays a pretty big role in the plot when the High Sparrow starts taking more and more control over King’s Landing. He leads a group of sparrows in a group called The Faith Militant, and they make Cersei do her infamous walk of shame as atonement for her sins. Martin has said that he based The Faith Militant on the way the Catholic church acted during the Middle Ages. He was especially interested in how the leaders in the church became more focused on power than faith, which is exactly what happens to the High Sparrow in Season 5. Martin told Entertainment Weekly:

If you look at the history of the church in the Middle Ages, you had periods where you had very worldly and corrupt popes and bishops. People who were not spiritual, but were politicians. They were playing their own version of the game of thrones, and they were in bed with the kings and the lords.

There are plenty of other religions on Game of Thrones, like The Lord of Light that the Red Witch Melisandre believes in or The Many-Faced God that Arya follows for a while. There’s a lot to unpack with these religions, and it’s unclear how they’ll all impact who ends up on the Iron Throne. The only way to find out is to watch when Season 8 begins on HBO on April 14. 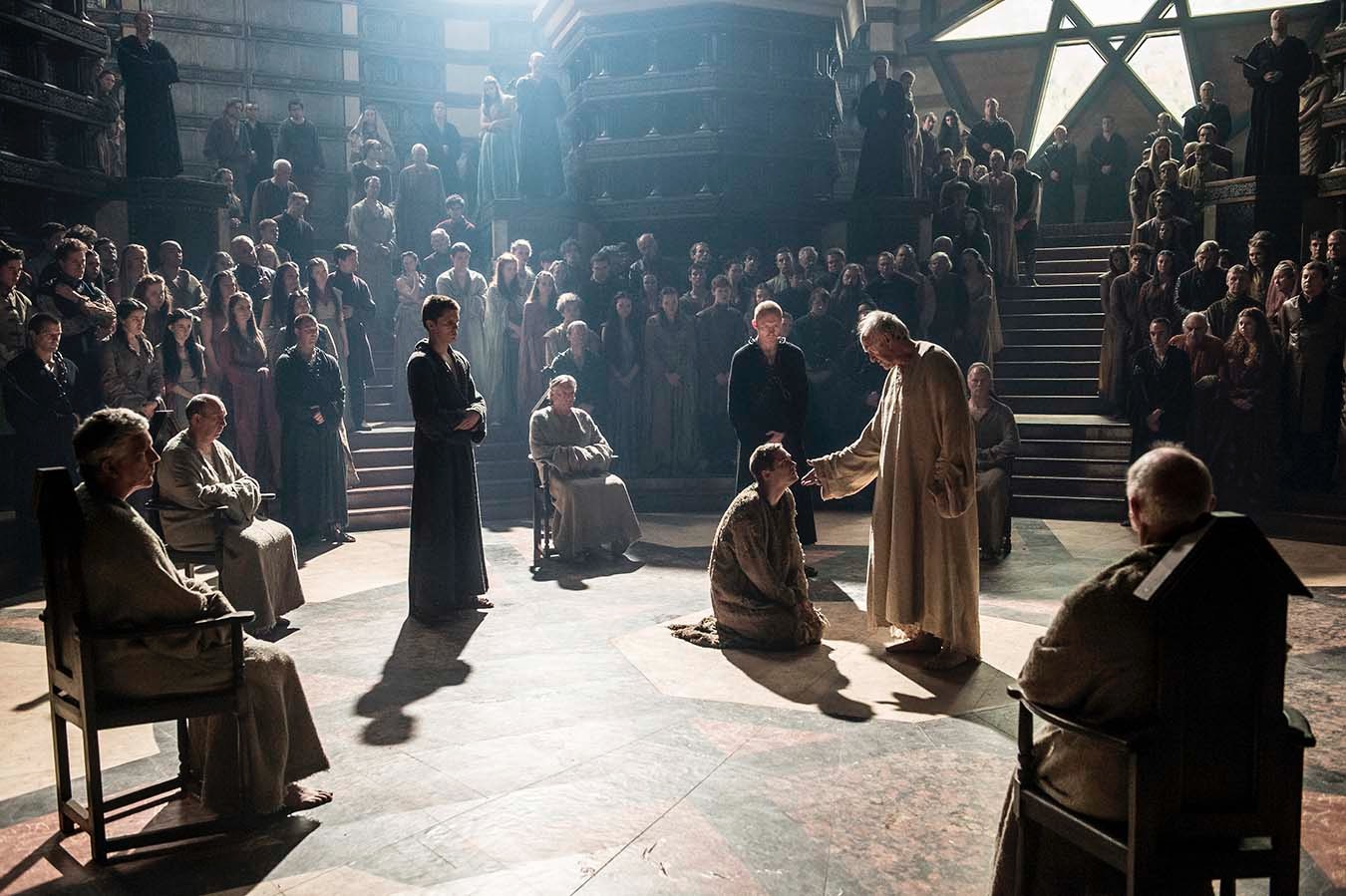 https://www.elitedaily.com/p/what-is-the-religion-in-game-of-thrones-the-faith-of-the-seven-is-pretty-complex-17032759, GO TO SAUBIO DIGITAL FOR MORE ANSWERS AND INFORMATION ON ANY RELATIONSHIP TOPIC

2 thoughts on “What Is The Religion In ‘Game Of Thrones’? The Faith Of The Seven Is Pretty Complex”