On Friday, Feb. 15, President Donald Trump did what many people have long expected him to do: declare a national emergency. Pulling such a move will allow him to appropriate billions of dollars to finance a border wall with Mexico, and it’s already seeing some backlash. So, what does Trump’s national emergency declaration mean, you ask? If one thing’s for certain, it’s that drama is ahead.

After signing a budget funding and border security deal on Feb. 15 that will give him nearly $1.4 billion for 55 miles of new fencing (which is much less than the $5.7 billion he requested for 234 miles of a concrete or steel wall), Trump announced in the Rose Garden on Friday morning that he would be signing off on the declaration in order to get the remaining funds to fix what he says is a growing “humanitarian and security crisis” at the border. The move would allow him to pull about $6 billion dollars from other sources, including military construction spending. It already hasn’t gone as smoothly as some might expect.

Critics immediately spoke out against the move. In a joint statement, Democratic leaders Chuck Schumer (D-New York) and Nancy Pelosi (D-California) called the move “unlawful” and a “power grab” by the president. “This is plainly a power grab by a disappointed President, who has gone outside the bounds of the law to try to get what he failed to achieve in the constitutional legislative process,” the leaders wrote. The White House did not respond to Elite Daily’s questions regarding the declaration of a national emergency or the criticisms of the move.

Activists and leaders will likely challenge the order in court as well, something that the president seemed to expect. “I think what will happen is sadly we will be sued and it will go through a process and happily we will win, I think,” he said in his announcement of the emergency status on Feb. 15.

The Constitution says that the Congress, and not the president, determines ‘appropriations.’

And leaders may in fact have grounds to do so, experts say. Kim Lane Scheppele, Professor of Sociology and International Affairs in the Woodrow Wilson School and the University Center for Human Values at Princeton University, tells Elite Daily via email that the move is indeed legally debatable, because the power and responsibility of allocating taxpayer dollars rests with Congress, and not the president. “The Constitution says that the Congress, and not the president, determines ‘appropriations’ — which is what taxpayer money is spent on,” she writes.

While a president has the power to declare a national emergency under Titles 10 and 33 of the National Emergencies Act, Trump’s choice to cite border protection as an immediate threat is… questionable. Scheppele says that, although national emergencies are declared often, this isn’t an emergency in “any common-sense definition of the word.” In fact, she thinks this might be the only occasion where a president has declared an emergency to take something that Congress wouldn’t give him.

Legal challenges aren’t the only possible consequence of Trump’s national emergency declaration. Such an aggressive attempt to circumvent Congress could also strain tensions between lawmakers and the White House, leading to possible problems down the road when Trump wants to take care of other legislative priorities. Mark Harkins, a Senior Fellow at the Government Affairs Institute at Georgetown University, tells Elite Daily by phone that taking such a “bold, power-grabbing action” could hinder some of the president’s future legislative efforts. “It’s not going to assist in finding solutions for other problems, from prescription drug price reductions to infrastructure plans,” he explains.

To Scheppele, the move is simply a “flagrant violation of separation of powers in the constitutional system.”

We have gotten so used to the declaration of national emergencies that we, too, may be inured to the potential they have for destroying our constitutional system.

However, both Harkins and Scheppele say, it’s unclear if or how Congress can do anything about it. Congress could vote to end the state of emergency, but they would need enough votes to override a presidential veto, meaning a two-thirds vote in each Chamber, something that may be unlikely considering the Republican-controlled Senate.

Scheppele thinks that move isn’t without its own risks. “If Republicans are willing to stand by a president who asserts unconstitutional authority, then the American Republic is in danger,” she adds. “If the Republicans stand with Trump, then they have abandoned the Constitution.” Congressional Republican leaders did not immediately respond to Elite Daily’s request for comment on the matter.

The overarching question of the legality of Trump’s move could even shake the bedrock of American government with a constitutional crisis — a situation in which the Constitution isn’t enough to solve a question or conflict.

Scheppele thinks that the president’s moves constitute as a “constitutional crisis,” one that “we have not seen since Watergate.” She adds, “The president shows that he doesn’t know or understand — or for that matter care about — the Constitution. Even [President] Nixon recognized when the Constitution required him to leave.” She is also concerned about the possibility of creating a new set of norms for political behavior. “We have gotten so used to the declaration of national emergencies that we, too, may be inured to the potential they have for destroying our constitutional system. We are very close to that point now,” she says. The White House did not immediately respond to Elite Daily’s request for comment on the matter.

Harkins, on the other hand, is remaining hopeful that the declaration won’t go that far and turn into a full blown crisis. Although he admits that there will certainly be fighting between the executive and judicial branches, he hopes the judicial branch will play the role of “arbiter” and that both sides will honor whatever that arbiter’s decision is. “The system is playing out the way it should be. I don’t think people should be worried about it,” he explains.

“I think they should enjoy the ride, and watching systems be used that haven’t been used in recent memories,” he says. In his opinion, though these might be some wild times, America has dealt with wild times before and come out the other side. “We’ve have these problems in the past and we’ve fought through it and I think the Constitution is strong enough to get us through this one,” he concludes.

Just get ready, folks. Good or bad, it sounds like there’s quite a ride to come. 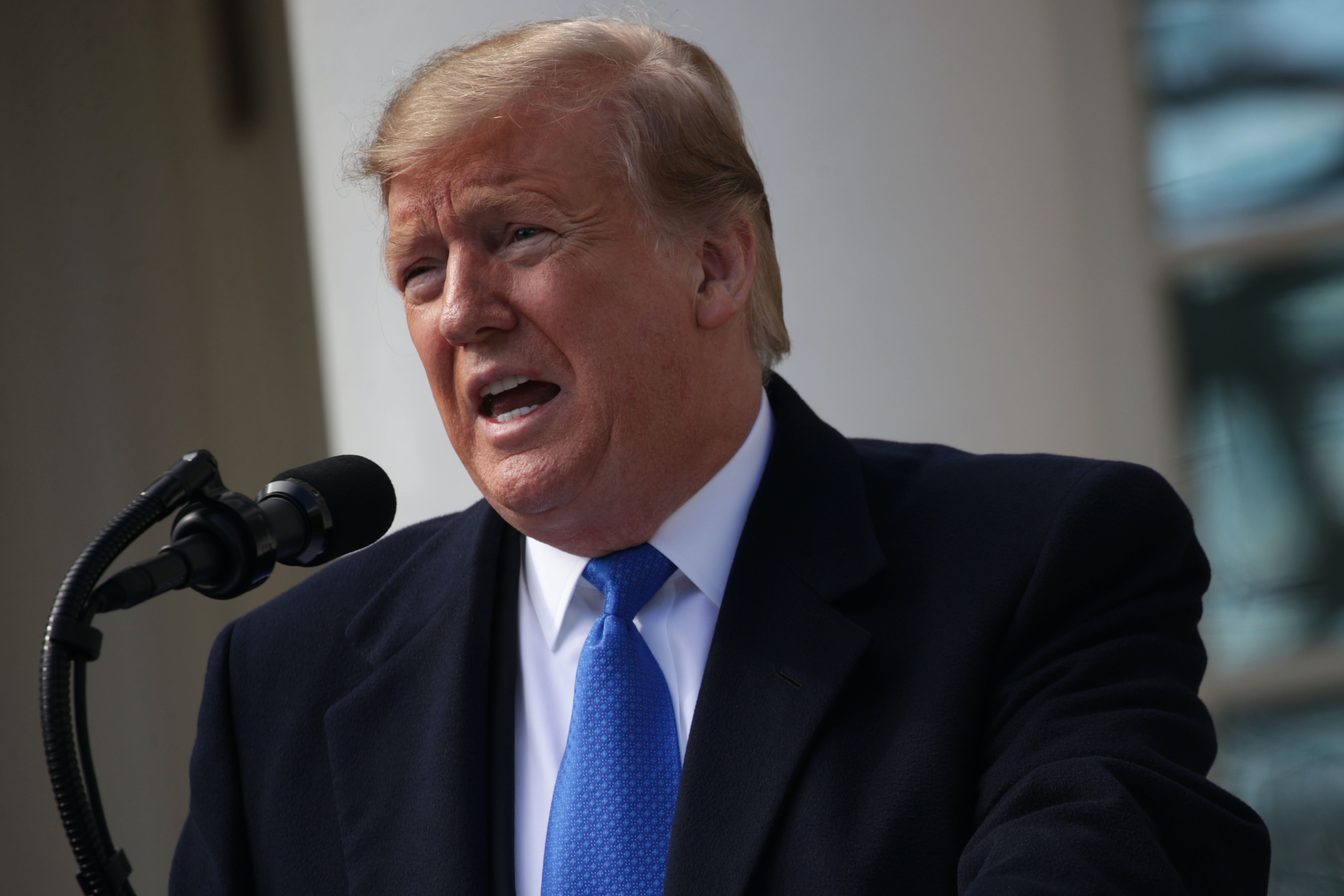 https://www.elitedaily.com/p/trumps-national-emergency-declaration-could-mean-some-big-consequences-experts-say-15958846, GO TO SAUBIO DIGITAL FOR MORE ANSWERS AND INFORMATION ON ANY RELATIONSHIP TOPIC