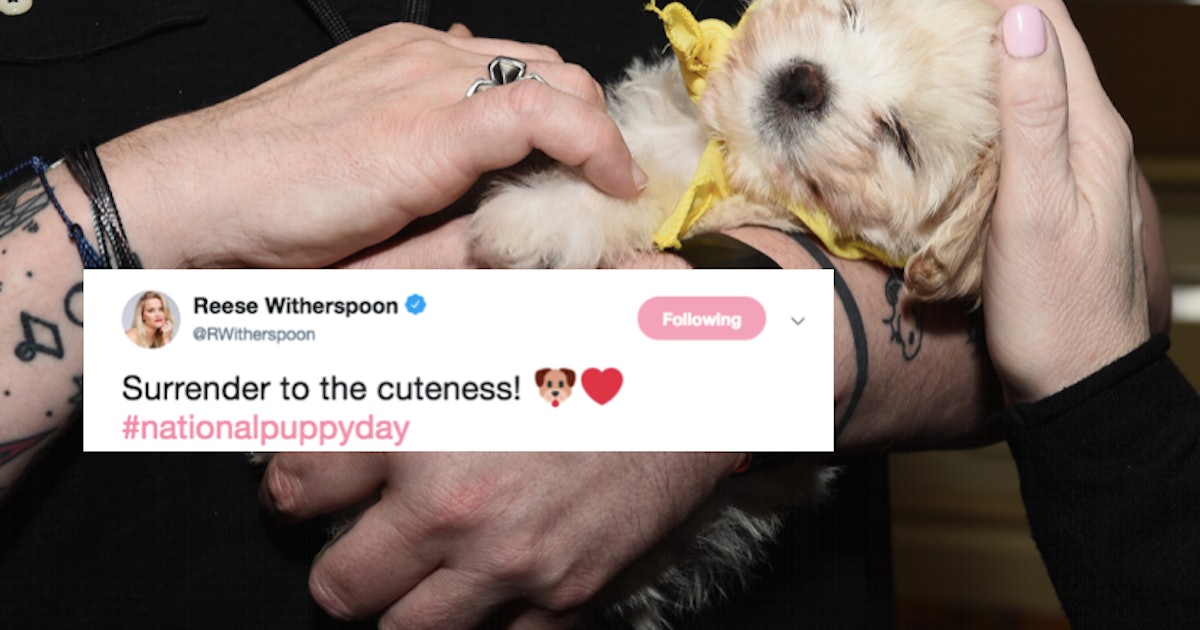 Unless you're living under a rock, you've probably noticed that the news cycle has been dominated by not-so-great stories these past couple of years. Natural disasters and catastrophic weather events seem to be increasing worldwide, global politics are becoming more volatile, and it feels like good news is just hard to come by. If need a break from all that to enjoy some pure, wholesome, and uplifting content, these tweets about National Puppy Day 2019 should do the trick. Really, nothing makes negativity melt away like some tiny, fuzzy, adorable creatures.

National Puppy Day takes place on March 23, and was founded by Colleen Paige in 2006 to "celebrate the magic and unconditional love that puppies bring to our lives," according to the official National Puppy Day website. The website notes 50 ways to celebrate the blessed holiday, including hosting a community event to raise money for a local shelter, revamping your pup's toy bin with new, clean toys and getting rid of old bacteria-infested ones, and microchipping your pup to ensure a safe return if she or he ever gets lost. If you're anywhere around Washington D.C., you can also hit up Midlands Beer Garden to celebrate with "Pup-Tenders" who will fetch beer from the bar and bring it directly to you, because there's nothing dogs can't do.

But the main goal of National Puppy Day is to spread awareness of why people should adopt and not shop for puppies. The National Puppy Day website breaks down the reality of puppy mills and encourages people to adopt a puppy at a local shelter instead of heading to a breeder.

So without further ado, let's start celebrating this important holiday with some adorable tweets containing some of the cutest dog photos and videos around.

Reese Witherspoon got in on the puppy action, sharing this adorable video of a youngster feeling true "puppy love."

Dr. Oz showed off all the skills his dog has learned since he was a pup.

Gotta a love a pup, no matter what the size, right?

Karlie Kloss calls her dog "bae," and honestly I couldn't relate to that more.

It's no secret that Twitter can be a tough place sometimes, but at least it delivers consistently good puppy content. For example, Twitter fell in love with a golden retriever and his seeing eye dog after a segment about the two pups aired on NBC Nightly News with Lester Holt. In response to the story, people tweeted about being moved to tears and someone even suggested the two dogs run for president in 2020 (they'd have my vote, no questions asked).

Earlier this year, people also took to Twitter to post tweets of their pups posing in photos that look like they could be album covers called things like "Chasin' Tail" and "My Backyard." Last December Twitter users came together to show some love to Sniffles, a foster dog without a nose. And don't forget about @WeRateDogs, the Twitter account dedicated to posting pictures of doggos and rating them more than 10/10, because all dogs are better than perfect. With almost 8 million followers, @WeRateDogs shows that maybe pups are the one things we can all agree on.

READ  Instagram Made Me Forget Who I Was. This Is Why I Left—And Came Back

So if you've got a pup, go show her or him some love on this celebratory holiday. If you don't, feel free to scroll through the National Puppy Day hashtag on Twitter until you finally decide to go out and adopt one. 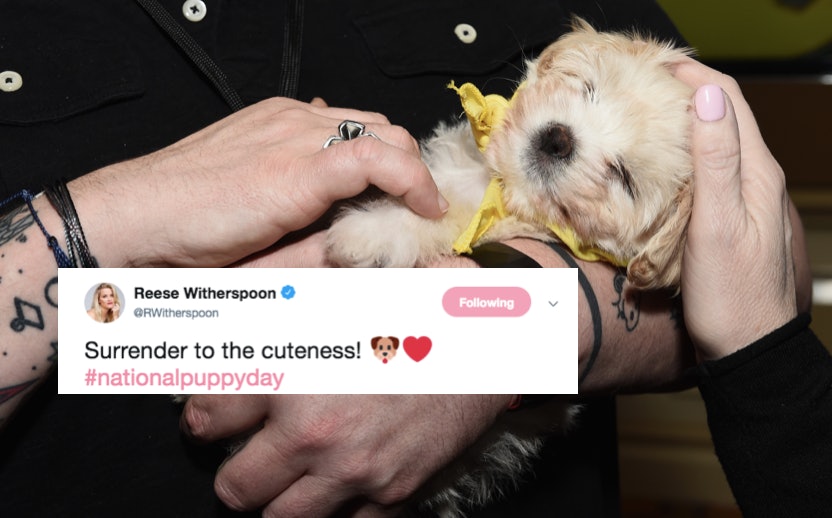 https://www.elitedaily.com/p/these-tweets-about-national-puppy-day-2019-include-the-cutest-photos-videos-ever-16979733, GO TO SAUBIO DIGITAL FOR MORE ANSWERS AND INFORMATION ON ANY RELATIONSHIP TOPIC