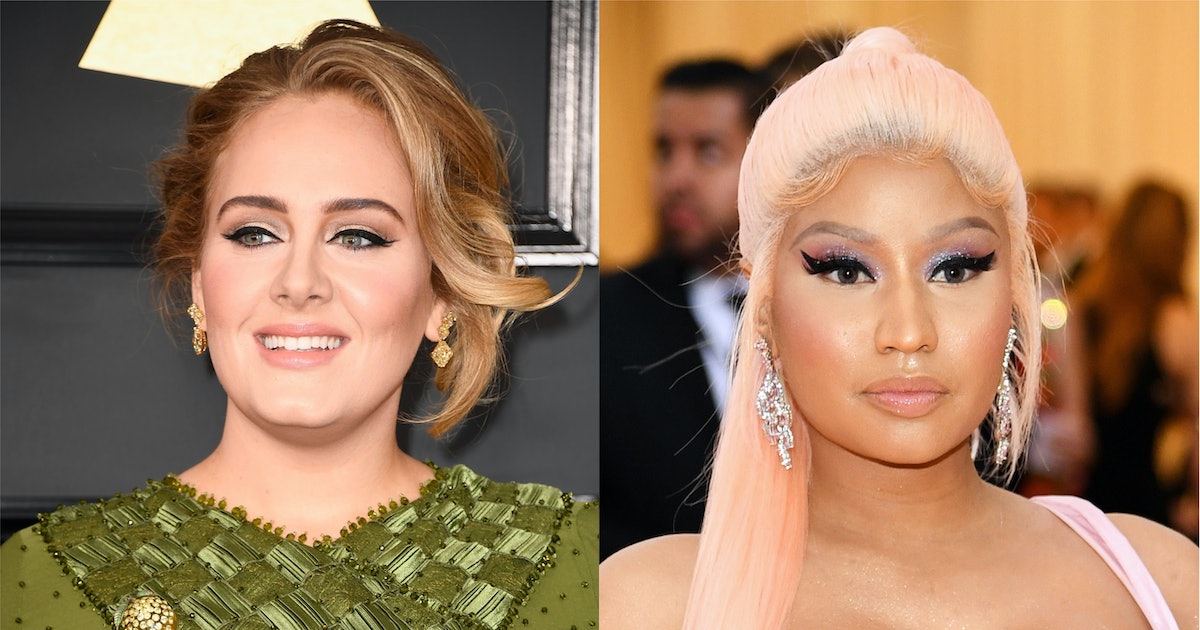 Adele really knows how to party, doesn't she? In March, she and Jennifer Lawrence crashed a gay bar in New York City, where they played a game of musical shots that ended in Lawrence tackling the "Hello" singer to the ground. (Yeah, that really happened.) Now three months later, Adele is back on the party scene and having more fun than ever — a good sign that she's fine post-split from husband Simon Konecki. On Wednesday, June 5, she was spotted in Los Angeles at a #NoMoreWackParties event, and with a hashtag like that, you can imagine the shenanigans the singer got into, like slaying Nicki Minaj's popular verse from her collab with Kanye West and Jay-Z, "Monster." The video of Adele rapping Nicki Minaj's "Monster" verse proves that apart from being able to sing emotional ballads, she also has a knack for spitting epic bars.

A party goer by the name of Patrick Buchanan captured the whole moment on video and shared it to Instagram. In the clip, Adele looked casual wearing a loose, red flannel, black top and pants, hoop earrings, and white sneakers. It wasn't the usual formal attire fans have become used to seeing on Adele, but that didn't matter, because she still proved that she's one heck of a performer. When the DJ played "Monster," Adele stepped right on up to rap Minaj's verse and let me tell you, she looked in the zone. She was totally feeling herself, especially with all of her fellow party goers cheering her on.

Adele's fun didn't stop there. In another video, the singer got down on the dance floor to Beyoncé’s “Formation.” In the clip, Adele looked like a total social butterfly jumping from one group of dancers to the next and everyone loved her.

READ  Why You Need Spirituality Goals To Enhance Your Life

Watch the videos below.

Adele has previously opened up about being a big fan of Beyoncé. In 2017, the "When We Were Young" singer dedicated her Album of the Year Grammy award to Beyoncé and Adele even mentioned her in her speech.

She said, “I can’t possibly accept this award and I’m very humble and gracious, but the artist of my life is Beyoncé and the Lemonade album was just so monumental and so well thought out and so beautiful and soul-baring,”

Adele also hasn't been shy about her love for Nicki Minaj. She previously rapped Minaj's "Monster" verse while appearing on the Late Late Show With James Corden back in 2016.

The Late Late Show with James Corden on YouTube

After the Carpool Karaoke video came out, Minaj reposted the clip on her Instagram page and called Adele a "QUEEN," and praised her attitude and in-your-face finger pointing.

As you can imagine, Adele's first go at Minaj's "Monster" verse went viral because of her IDGAF attitude. When reports surfaced in April that Adele and husband Simon Konecki split up, the singer even posted a meme of herself rapping "Monster" as a reminder of the motherf*cking monster she is!

Considering the song is about being a total boss and not needing a man to be successful, I think it's safe to say that Adele is OK post-split. Don't you think? 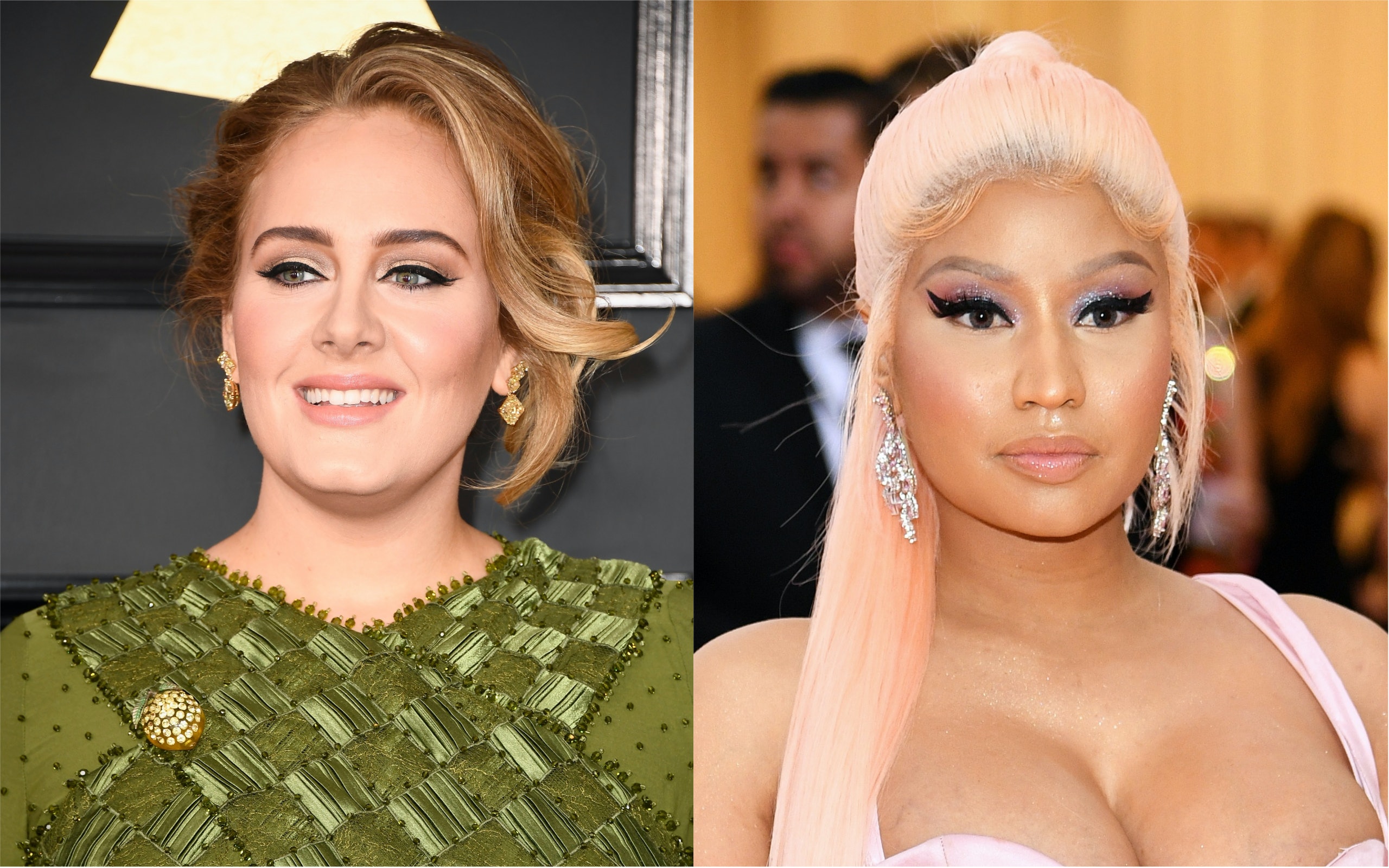 https://www.elitedaily.com/p/the-video-of-adele-rapping-nicki-minajs-monster-is-epic-sign-shes-fine-post-split-17984177, GO TO SAUBIO DIGITAL FOR MORE ANSWERS AND INFORMATION ON ANY RELATIONSHIP TOPIC

Starting a Gratitude Practice: 4 Simple Ways to Do It

Weight and COVID-19: What Does the Research Actually Tell Us?

Starting a Gratitude Practice: 4 Simple Ways to Do It

Weight and COVID-19: What Does the Research Actually Tell Us?

Delegating Work: What to Delegate and What Not to?