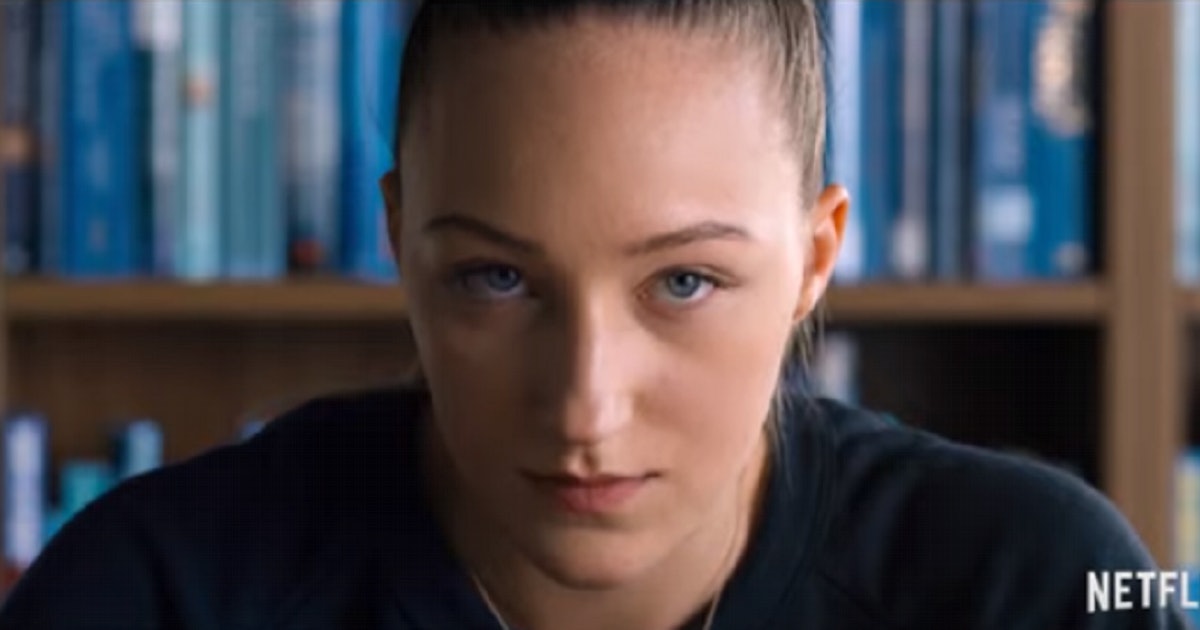 Everyone can relate to feeling awkward in high school, but in its latest take on teenage life, Netflix will explore having a perspective from a much higher and difficult view than most of your young peers. If you can relate to being taller than everyone else in high school, Netflix's Tall Girl trailer might just be the teen rom-com for you.

Debuting on Sept. 13, Tall Girl introduces former Dance Moms star Ava Michelle as Jodi, a 6-foot-1.5 high school student who is ostracized for her height. From boys having no interest in her to mean girls picking on her, Jodi loathes her height for making her feel different. It doesn't help that her longtime admirer (Griffin Gluck) doesn't understand why she won't date a short guy and her sister (Girl Meets World's Sabrina Carpenter) is a glamorous beauty queen. But things change when cute foreign exchange student Stig (Luke Eisner), who also happens to be taller than her, joins the school. Jodi is drawn to him, but Stig becomes a hot commodity among the female population, scaring Jodi away from trying to pursue him.

Noticing her depleted nature, Jodi's sister and mom (Angela Kinsey) then step in to help Jodi find her inner confidence. As she grows bolder and develops a connection with Stig, Jodi realizes that her differences aren't as much of a hindrance as she believed. "We've all got something about ourselves we wish we could change," she says in the trailer. "The only thing that we can control is how we deal with it."

Before Michelle was cast, the creative team called for girls between 13 and 21 years old who were also 5 foot 10 inches or taller. Primarily known as a dancer, Michelle has previously acted under the name Ava Cota in shorts such as This Is Me and A Christmas Dinner. Before sharing the Tall Girl trailer on her Instagram page, Michelle posted photos of herself with co-stars, writing, "So grateful."

Behind the scenes, Tall Girl director Nzingha Stewart comes from a background of primarily directing TV, including episodes of Grey's Anatomy, Scandal, Pretty Little Liars, and The Fosters. Tall Girl doesn't seem as deadly or dangerous as those shows could get, but this clearly isn't Stewart's first venture with material involving teenagers.

She also understands the power of Tall Girl's message, writing on Instagram, "Making this movie, I walked back through all my high school insecurities, and remembered how tough that age is, movies like this helped me then, excited to make this one for this generation. Please share with your daughters, nieces and all the young ladies in your life."

Whether your high school insecurity involved your height or another physical attribute, it looks like Tall Girl is set to remind viewers that everyone is in charge of their own self-worth. Hopefully following the example of fellow empowering Netflix film Dumplin', Tall Girl also calls for its viewers to love who they are. Its movie poster reads, "When you don't fit in, stand tall." Wise words.

https://www.elitedaily.com/p/netflixs-tall-girl-trailer-is-the-stuff-of-teen-rom-com-dreams-18714559, GO TO SAUBIO DIGITAL FOR MORE ANSWERS AND INFORMATION ON ANY RELATIONSHIP TOPIC

7 Most Effective Problem Solving Techniques That Smart People Use