For most people, the idea of a coming apocalypse is drenched in images of terror. Buildings collapsing, dead bodies everywhere, loved ones dying, social order upended. But what if the apocalypse was actually the best thing that ever happened to you? That's the premise of Netflix's Daybreak, based on the comic series by Brian Ralph. For Josh Wheeler, the end of the world is as good as it gets: No school, no parents, no rules, just right. As Netflix's Daybreak trailer shows, Wheeler is ready to show everyone around his brave new world, Ferris Bueller style.

That's not an exaggeration either. Josh literally is going full Ferris Bueller's Day Off in this trailer. He also does it in the opening episode, which was screened for fans at New York Comic-Con on Friday, Oct. 4, 2019. The show even went so far as to cast Matthew Broderick as the school's principal, because you don't go full Ferris without the original actor coming along for the ride.

Daybreak isn't just the most cheerful take on the end of the world one could come up with. It's also chock full of pop culture references, turning it into an easter egg fest of fun for the whole family. Well, the parts of the family that survived nuclear devastation, that is.

Daybreak's premise is that after a nuclear bomb goes off not far from Wheeler's town of Glendale, all of the adults are poisoned by radiation. Everyone over the age of 18 is turned into a "Ghoulie," leaving this corner of California to be run by Generation Z before they've even scored high school diplomas. (Though, if it's the end of the world, shouldn't they restart the alphabet with Generation A?) But in this story, led by Josh through a reimagined society, it seems like the kids are going to be alright.

READ  Is There A 'Lion King' Post-Credit Scene? There's No Need To Wait In Your Seat

Speaking at the Daybreak panel at NYCC, Broderick seemed to think so anyway. As an actor who grew up starring in teen films like Ferris Bueller and Wargames, he admitted he loved the chance to experience it from the other side, playing the adult supporting character to a new generation of young actors. As a teen actor, it "meant the world" to him when adult actors were supportive on set. Now he's getting to give back.

That being said, the 10-episode series won't be all-Ferris all the time. As fun as the pilot episode is, it's clear by the end of the first hour this isn't sustainable. But that's where the producers have come up with a brilliant answer.

Executive producers Aron Eli Coleite, Brad Peyton, and Jeff Fierson, who were all on the NYCC panel, explained that every teen is the star of their own movie. So after a couple of Josh-centric hours, the rest of the cast, including Austin Crute, Alyvia Alyn Lind, Jeanté Godlock, Cody Kearsley, and Gregory Kasyan, will all get a turn being front and center. Each will star in a different movie reference and bring a host of different pop culture markers with them to the party.

Daybreak looks like it might be the most fun Netflix will stream this fall. The series arrives Thursday, Oct. 24, 2019. 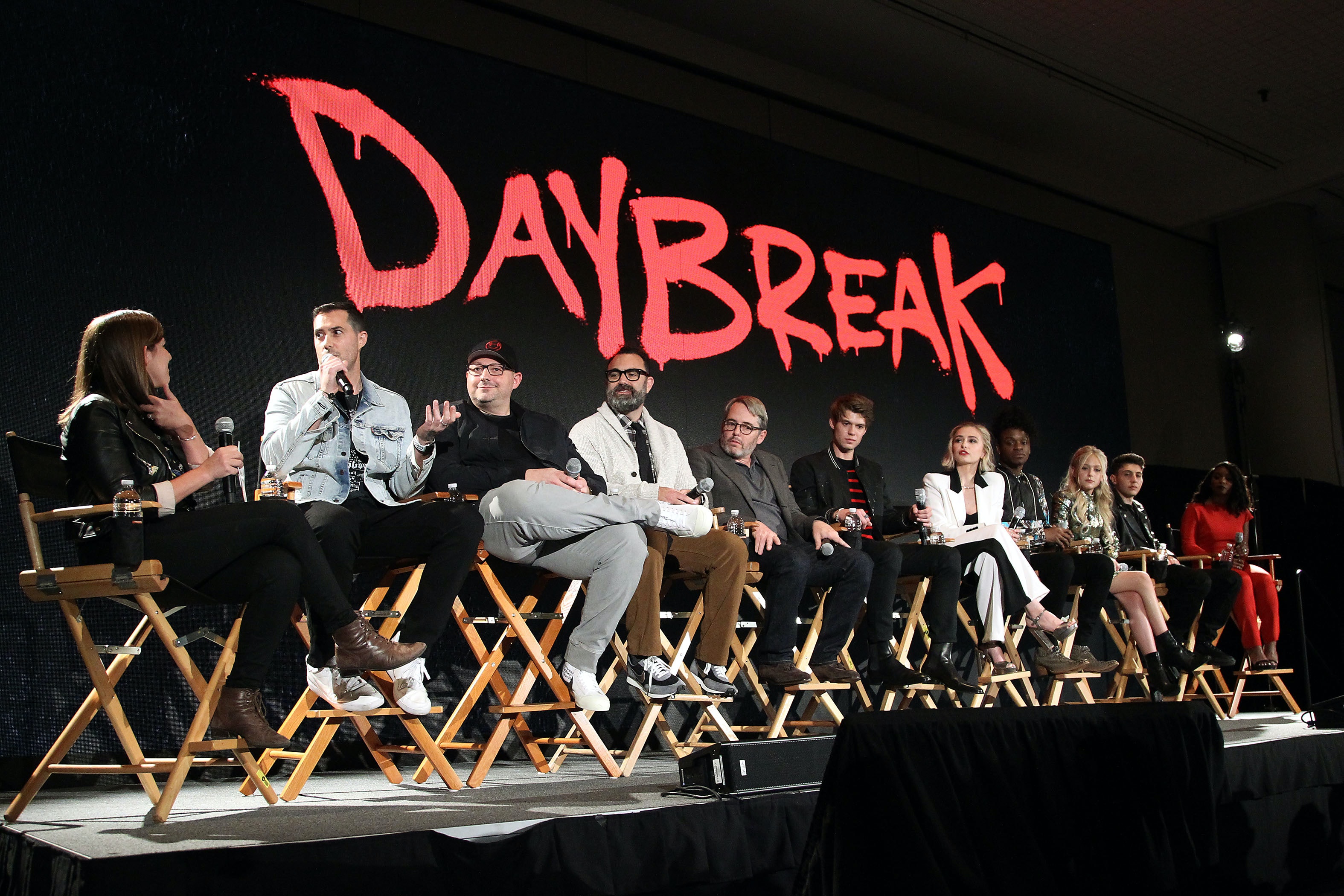 https://www.elitedaily.com/p/netflixs-daybreak-trailer-is-everything-apocalypse-fans-have-been-waiting-for-19193616, GO TO SAUBIO DIGITAL FOR MORE ANSWERS AND INFORMATION ON ANY RELATIONSHIP TOPIC