Kim Kardashian is unleashing a new fragrance. And she’s doing it on the same day Taylor Swift is launching something new as well. Though no one knows what Swift is releasing just yet, she’s been teasing April 26 as the date fans will finally see whatever it is. So, it came as kind of a surprise that Kardashian, who’s reportedly had a longstanding feud with Swift, also announced April 26 as the day her fans can expect something new. Given how tenuous relations between these two stars have been over the years, many fans think Kim Kardashian shaded Taylor Swift with her fragrance’s release date.

In an Instagram post published on Tuesday, April 16, Kardashian shared a photo of herself and her sister Kylie Jenner posing with their new joint fragrance. The bottles are shaped like plump lips and come in three colors, according to Kardashian’s Instagram post.

“KKW FRAGRANCE X KYLIE launching 4/26 at NOON on kkwfragrance.com Three colorful bottles in nude, pink and red. These lip-shaped fragrances offer notes of red lotus blossoms, liquid amber and peony. $40,” Kardashian wrote on the post. Almost immediately, she started receiving backlash from Swift’s fans. And all because she’s releasing her new creation on the same date as Swift. Yikes.

“Honey, nobody cares about your fragrances. 26th of March is miss Taylor Alison Swift’s day, and And whatever you do, you will not take Taylor’s day away. By the way, me and you have the the same birthday (21st October) and I don’t like you💋😊 #ts7 #LongLiveTaylor,” one dedicated Swift fan wrote in the comments of Kardashian’s post.

“Sis everyone’s going to be too busy with Taylor Swift on the 26th to buy your perfume,” another one of Swift’s fans wrote.

On the flip side of that, though, Kardashian did receive some supportive messages from her own fans. One fan wrote, “Kim you can do anything you put your mind too!! You are an inspiration.”

So, the feedback on Kardashian’s new fragrance wasn’t all bad. But the fact remains that Swifties are not to be messed with. I mean, I guess they have a reason to be a bit territorial. It’s been a little while Swift has released anything new and the fact that she’s teasing April 26 as an important date means a lot to her fans. Just to give you an idea of what kind of stuff Swift is using to tease her fans, here’s what her Instagram is looking like these days:

What ever could Swift be releasing? My theory is that it has everything to do with her new movie Cats. Not only are the cats in that photo a huge clue, but the photo of pink tulle, aka tutu material, is probably a nod to her character in the film. It’s a musical, after all, with lots of dancing. Plus, Swift’s character’s name is Bombalurina, so there has to be some ballet dancing going on.

No matter what Swift has up her sleeve for April 26, it seems like her fans are really anxious to know what it is. Only time will tell! 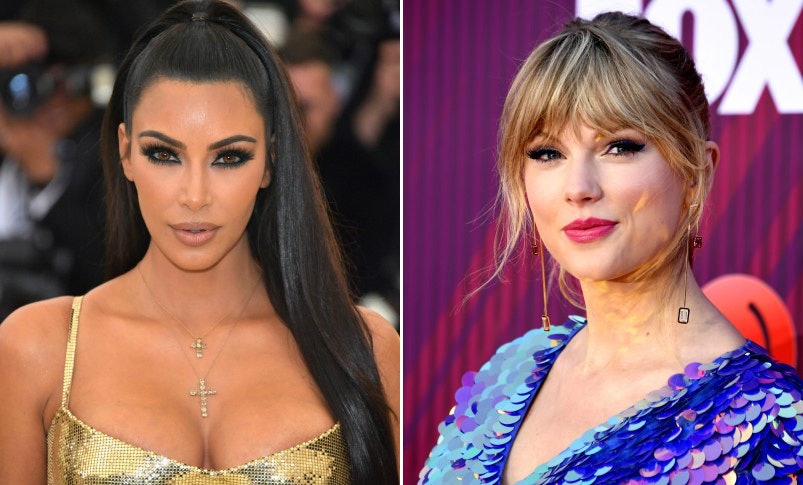 https://www.elitedaily.com/p/kim-kardashian-shaded-taylor-swift-with-her-new-fragrance-according-to-fans-17044019, GO TO SAUBIO DIGITAL FOR MORE ANSWERS AND INFORMATION ON ANY RELATIONSHIP TOPIC

37 thoughts on “Kim Kardashian Shaded Taylor Swift With Her New Fragrance, According To Fans”