Riverdale fans were already excited for the premiere of its spinoff, Katy Keene, but now they have even more of a reason to get pumped. When the new series was first announced, it was unclear just how much it would intersect with Riverdale, but the upcoming show’s cast and producers have confirmed that Katy Keene will indeed have Riverdale crossovers. Now, as they wait for the new series to air, fans are wondering exactly which beloved characters they might get to see in the Big Apple — cue all the theories.

Of course, Katy Keene already has a massive crossover in its main cast. Josie McCoy was a big part of Riverdale throughout its first three seasons, but Ashleigh Murray has now moved on to star in Katy Keene. The new show is actually set several years ahead of Riverdale‘s current timeline, so Josie will be a young adult looking to break into the music industry in New York City, instead of a high schooler longing to get out of Riverdale.

Besides Josie, it kind of seemed like there wouldn’t be many other crossovers between the two shows at first, given that pesky time jump and the fact that Riverdale‘s other spinoff Chilling Adventures of Sabrina has avoided any crossovers. But executive producers Roberto Aguirre-Sacasa and Michael Grassi confirmed at the Tribeca TV Festival that fans will see some familiar faces in Katy Keene. Let’s go over some of the Riverdale characters who are most likely to show up in the new series.

It’s pretty much guaranteed that Josie’s mother Sierra McCoy will appear in Katy Keene. Riverdale’s ousted mayor has not even shown up yet in Riverdale Season 4, so she seems to have a lot of free time now that the Lodges took her job. Grassi confirmed Sierra will pay her daughter a visit in Katy Keene during the Tribeca TV Festival panel, saying, “We love Robin Givens. She will come visit for sure.”

2. Valerie & Melody, AKA The Pussycats

Josie may have split from her bandmates on Riverdale, but it is hard to shake just how iconic her band Josie and the Pussycats is for comics fans. Roberto Aguirre-Sacasa promised that fans “definitely will be seeing the Pussycats” in Katy Keene. “But probably not in the way you expect,” he added, whatever that means.

If Archie Andrews showed up on Katy Keene, it would definitely be the biggest Riverdale crossover possible. It may seem like too big of a swing to actually bring Archie to New York City in a time jump, but there is reason for fans to hold out hope that it may happen. Not only do Archie and Josie share a romantic past — they dated for the second half of Season 3 — but there’s also a boxing tie-in that could bring him to the city. In the show, Katy’s boyfriend K.O. Kelly is a boxer (as if his name doesn’t give that away), and Grassi promised that at some point in Katy Keene, “someone from Riverdale and [K.O.] face off in the ring.”

A boxing match against someone from Riverdale? Well, that just screams Archie, right? He owns his own boxing gym, for crying out loud. But, this comment could also be about…

It would be amazing to see Archie in the world of Katy Keene, but a major crossover like that may end up being too much to ask for. The other possibility for K.O. Kelly’s boxing opponent would be Archie’s pal Mad Dog, who loves boxing just as much as Archie does.

Riverdale has actually already tied itself to Katy Keene before the series has even premiered. In Season 4’s Halloween episode, Veronica said she called up her old pal from New York City, Katy Keene, to make Archie and Mad Dog’s costumes. Since Veronica is originally from New York and it’s already been established that she is friends with Katy, it would make a lot of sense for her to appear in the spinoff and reconnect with her long-distance bestie. The Katy Keene producers didn’t drop any clues about Veronica possibly showing up, but she seems like the best bet given her backstory.

Find out which Riverdale characters may show up in New York when Katy Keene premieres on Feb. 6, 2020, on The CW. 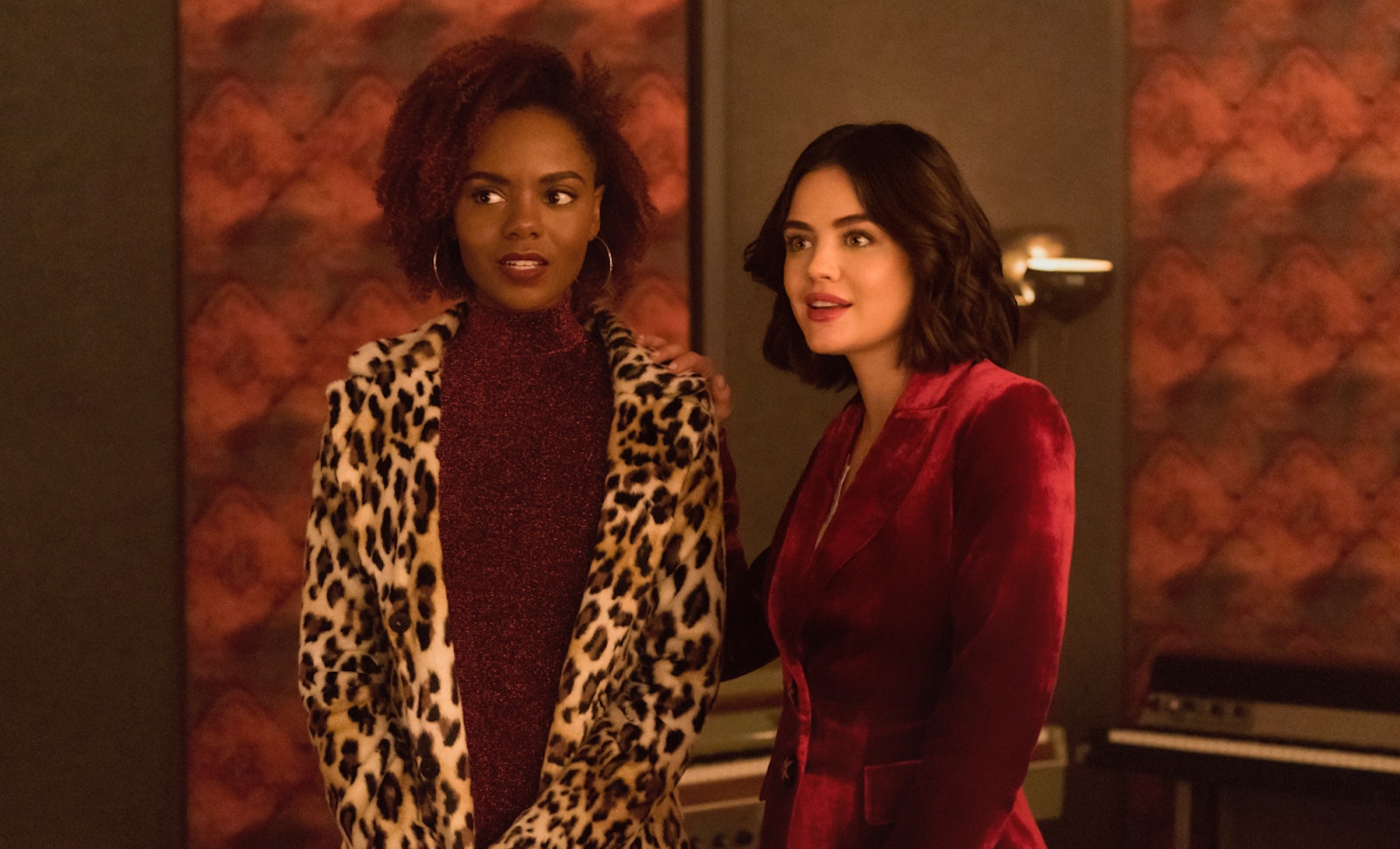 https://www.elitedaily.com/p/katy-keene-will-have-riverdale-crossovers-according-to-the-creators-19329063, GO TO SAUBIO DIGITAL FOR MORE ANSWERS AND INFORMATION ON ANY RELATIONSHIP TOPIC

The 55 Best Black Friday Fitness Deals For Your Home Gym

208 thoughts on “‘Katy Keene’ WILL Have ‘Riverdale’ Crossovers, According To The Creators”

The 55 Best Black Friday Fitness Deals For Your Home Gym

45 Best Black Friday Clothing Deals That You Can Buy Now