Deprecated: Function create_function() is deprecated in /home/saubioho/relationships.saubiosuccess.com/wp-content/plugins/skimlinks/widget.php on line 102
 John Krasinski’s Quote About A ‘The Office’ Reunion Will Get Fans So Excited - Saubio Relationships
Skip to content

Fans of The Office, get ready for some exciting news, because there’s at least one cast member on board for a reunion. While there isn’t a confirmation of a project coming up, it’s clear that our boy Jim Halpert is totally ready. John Krasinski’s quote about a The Office reunion is going to get you so excited, because he’s so here for it.

Esquire published a profile of Krasinski on Thursday, Feb. 20, in which The Office alum told the publication how important the workplace sitcom still is to him. “The Office was absolutely everything to me,” Krasinski said. He continued, “I mean, it is my beginning and my end. I’m pretty sure at the end of my career I’ll still be known for Jim. That was my first experience with Hollywood.”

While his first big break in Hollywood was the character of Jim Halpert on NBC’s The Office, Krasinski has since garnered acclaim as a director for the film A Quiet Place. Considering he killed at as the star of the film as well as the director, Krasinski’s career has already come a long way from his sitcom beginnings.

TBH, though, hardcore The Office fans will probably never be able to see Krasinski as anyone other than the dry-humored paper salesman Jim. Since the show did and still does have such a loyal band of fans, seeing Krasinski reprise the role of Halpert would be a dream. Krasinski seems to agree, admitting, “It was the first creative family I’ve ever had. In many ways, they will always be the most important people in that most important experience in my career. So yeah, if they did a reunion, I would absolutely love to do it.”

The Office coming back may not be so far-fetched, either, since NBCU’s former head of streaming, Bonnie Hammer, previously told Deadline it was her “hope and goal” to do a reboot of the show. Hammer has moved to the head of NBC Universal Content Studios, and The Office is leaving Netflix at the end of 2020. The show is slated to move to NBC’s new streaming service, Peacock, returning The Office to its original owners. “The Office comes back to us in January 2021,” Hammer said, continuing, “It is my hope that we can figure what that great reboot would be. We are having conversations.”

Unfortunately, Steve Carell, who played Michael Scott on the show, mentioned to Esquire in 2018 that he wasn’t particularly fond of the idea of a reboot, partially because he’s worried that the premise would be more offensive in today’s eyes than it was originally intended to be.

Jenna Fischer (Pam Beesly) revealed a big secret from The Office on Tuesday, Feb. 19 on an episode of the Office Ladies podcast, which she hosts alongside former costar Angela Kinsey (Angela Martin). Remember Jim’s teapot note to Pam? Well, apparently, Krasinski had written a real goodbye note to her and put inside the teapot around the time the show was wrapping up the series.

While nothing is official regarding a potential reboot yet, it feels so good to know that Krasinski is ready to jump on board a reunion of The Office if it ever gets the green light. 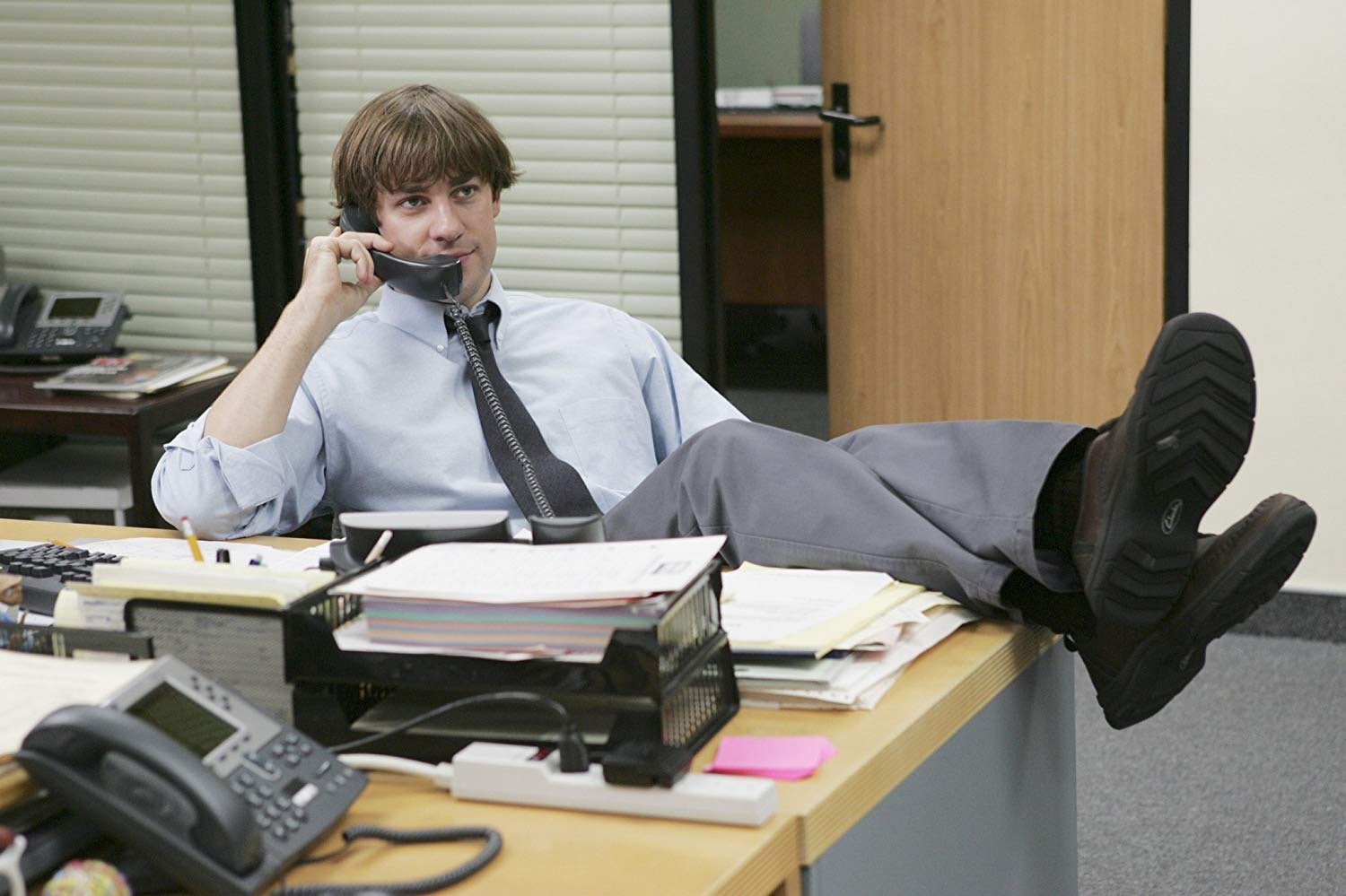 https://www.elitedaily.com/p/john-krasinskis-quote-about-a-the-office-reunion-will-get-fans-so-excited-21823243, GO TO SAUBIO DIGITAL FOR MORE ANSWERS AND INFORMATION ON ANY RELATIONSHIP TOPIC

READ  What Is Gabi Butler Doing After 'Cheer'? Navarro's Cheer-lebrity Is Keeping Busy