While the rest of the Jersey Shore cast has found love after the show, Vinny and DJ Pauly D were always too busy partying to ever settle down with someone. The best bros are trying to change that now, though, with their new dating show Double Shot at Love with DJ Pauly D and Vinny. Although the series just premiered on Thursday, the whole season has already been filmed, which means Vinny may or may not currently be dating the winner of the show. So, is Vinny single after Double Shot at Love, or did he really find the girl of his dreams? Let’s see what we can dig up.

As is usually the case with these dating competition shows, Vinny is being super private about his dating life right now, since MTV does not want him to spoil the ending of Double Shot at Love before it fully airs. So, there is no way to tell if Vinny is anything but single right now… even though that could also mean that he is dating a contestant and keeping it hidden. Vinny’s most recent relationship was with Instagram model Elicea Shyann, whom he dated from 2017 to 2018. Vinny’s relationship with Elicea ended on a very bad note during an episode of Jersey Shore Family Vacation, during which Vinny was shown getting numbers from other women at a bar and then calling Elicea to tell her about it.

Obviously, being on a reality show hurt rather than helped Vinny’s last relationship, but that might change on this new show. During the two-hour Double Shot at Love with DJ Pauly D and Vinny premiere, Vinny met a whole houseful of new women to get to know. Unfortunately, Vinny’s nerves clearly got the better of him when he was first meeting his group of 10 contestants, but he did seem to make a few very strong connections.

Based on the premiere episode alone, if Vinny is secretly dating his winner from Double Shot at Love, then it would most likely be Maria Elizondo.

If the rest of the series continues like this premiere, then Vinny is most likely dating Maria if he is dating a Double Shot at Love contestant. Adding to the suspicion is the fact that Maria’s Instagram is currently set to private, and that both she and Vinny have a shared understanding of MTV reality shows, as she has previously appeared on Are You the One?.

Another possibility is that Vinny could be dating Alysse. Although the two did not hit it off in the premiere — Vinny even almost sent her home for being too shy — the series trailer shows Vinny getting much closer to Alysse as the season progresses. Vinny’s only issue with Alysse in the first episode was that he did not get to know her well enough… which is something that could very easily be solved in future episodes.

The only way fans will know for sure whether Vinny is dating someone right now or not will be to continue watching Double Shot at Love with DJ Pauly D and Vinny on Thursday nights on MTV. 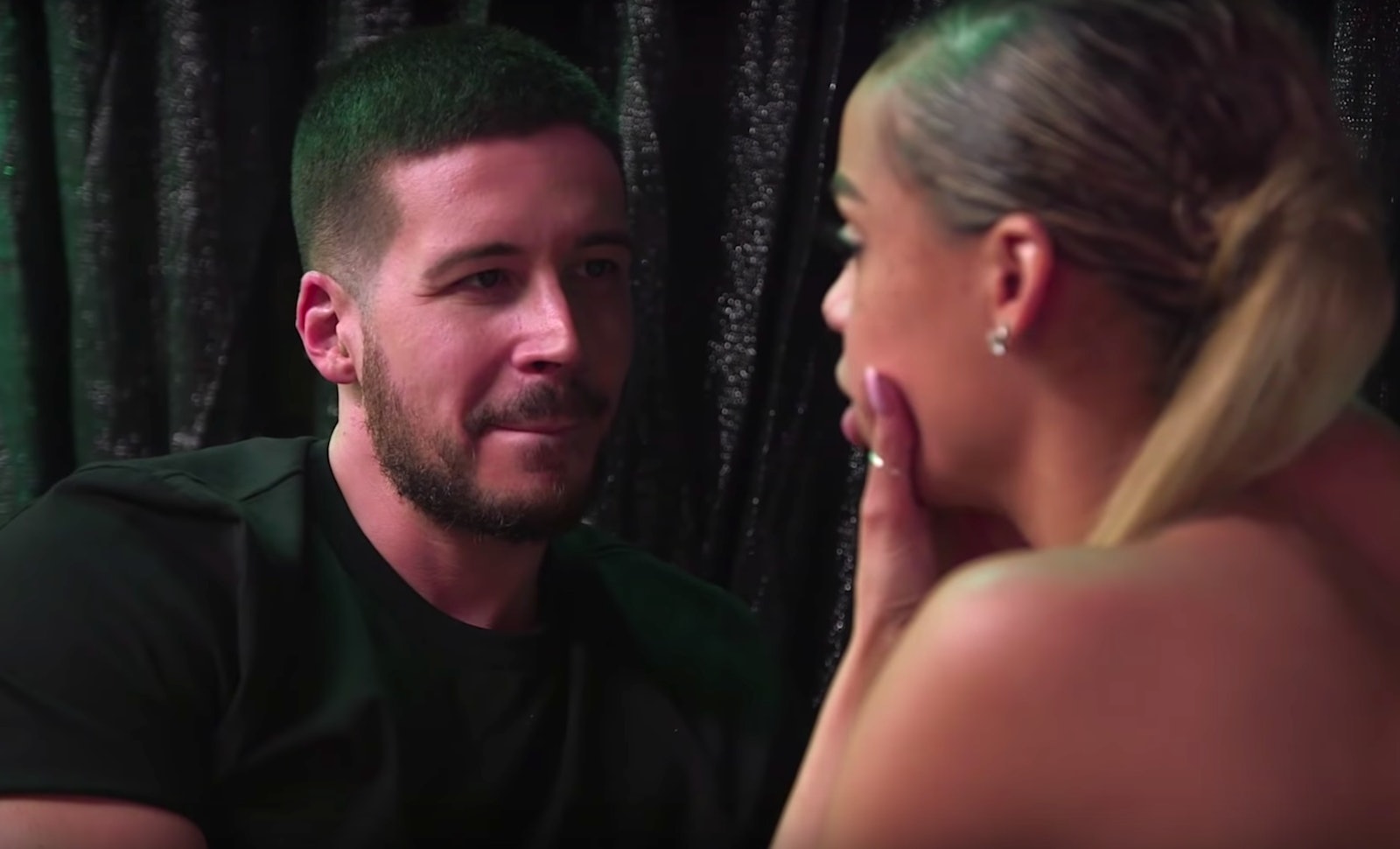 https://www.elitedaily.com/p/is-vinny-single-after-double-shot-at-love-lets-investigate-17023660, GO TO SAUBIO DIGITAL FOR MORE ANSWERS AND INFORMATION ON ANY RELATIONSHIP TOPIC

4 thoughts on “Is Vinny Single After ‘Double Shot At Love’? Let’s Investigate”