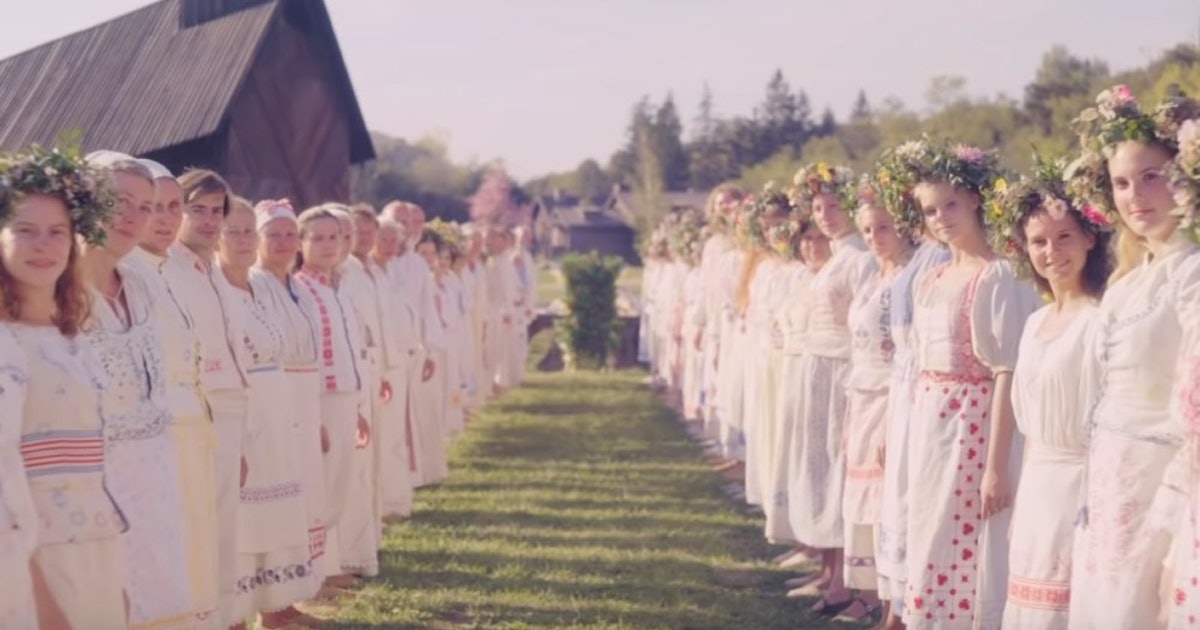 Bright sunshine, white linen dresses, and flower crowns are usually the stuff of happy summer memories. They're also the details that make up the new psychological-horror movie Midsommar, which opened in theaters on July 3. The movie follows Dani (Florence Pugh) as she travels to Sweden with her boyfriend Christian (Jack Reynor) and his three friends for a summer festival in a small Swedish village. At first they're delighted by the traditions they find there. But pretty soon they discover that they're actually dealing with a cult that has some pretty dark intentions. But, is the cult in Midsommar real? The writer-director of the movie did a lot of research to build this world. Warning: Spoilers for Midsommar follow.

In Midsommar, Dani and Christian's friend Pelle (Vilhem Blomgren) brings them to the Swedish commune where he grew up as a part of a pagan cult called Hårga. He and his people follow a number of ancient customs like sleeping in communal spaces, blessing the land that they live off, and celebrating the Midsommar festival. It seems very idyllic, until its darker elements are revealed. Some of those include a grim elderly suicide ritual, an oracle who must be the product of incest, and intense control over each individual member's life. Once all those details play out, it's a relief to learn that the cult in Midsommar is not real.

Writer-director Ari Aster worked with Stockholm-based set decorator Henrik Svensson to research Swedish culture before he created the world of Midsommar. They studied the roots of multiple Scandanavian cultures, as well as British and Germanic folklore, according to Vanity Fair. After piecing together several elements, they created a 100-page document that details the culture of the fictional Hårga people.

READ  Le Creuset and All-Clad on Sale at Nordstrom 2019

Per Polygon, Aster spoke at the Brooklyn Alamo Drafthouse, and explained his thought process in creating the culture of Midsommar. He said:

The Hårga people are deeply connected to nature and the seasons, which they take to extremes throughout the movie. But Aster thought it was important to make it clear that their emotional intelligence is a key part of the culture.

[The Hårga’s] language is empathy. It was important for me that the people of Hårga be really fair. They are devoted to this philosophy of total reciprocity.

Even though The Hårga are super eery and Midsommar is filled with plenty of horror, Aster actually doesn't consider them a cult. Instead, he focuses more on the communal aspect of the group. He said to Vox:

I don’t see them as a cult. They might be. But I never called them a cult. For me, they are a community, and they are a family. I wanted them to exist as a place with a history and very clear laws and rules and traditions. I wanted all that to feel very rich, and very lived in.

You can watch The Hårga in action in Midsommar, which is in theaters now. 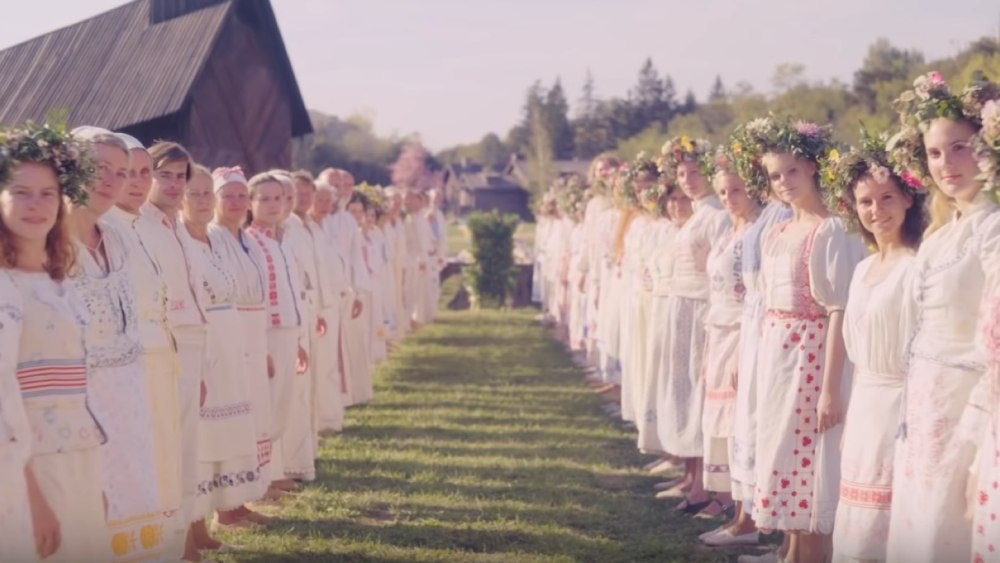 https://www.elitedaily.com/p/is-the-cult-in-midsommar-real-heres-what-fans-should-know-18176505, GO TO SAUBIO DIGITAL FOR MORE ANSWERS AND INFORMATION ON ANY RELATIONSHIP TOPIC