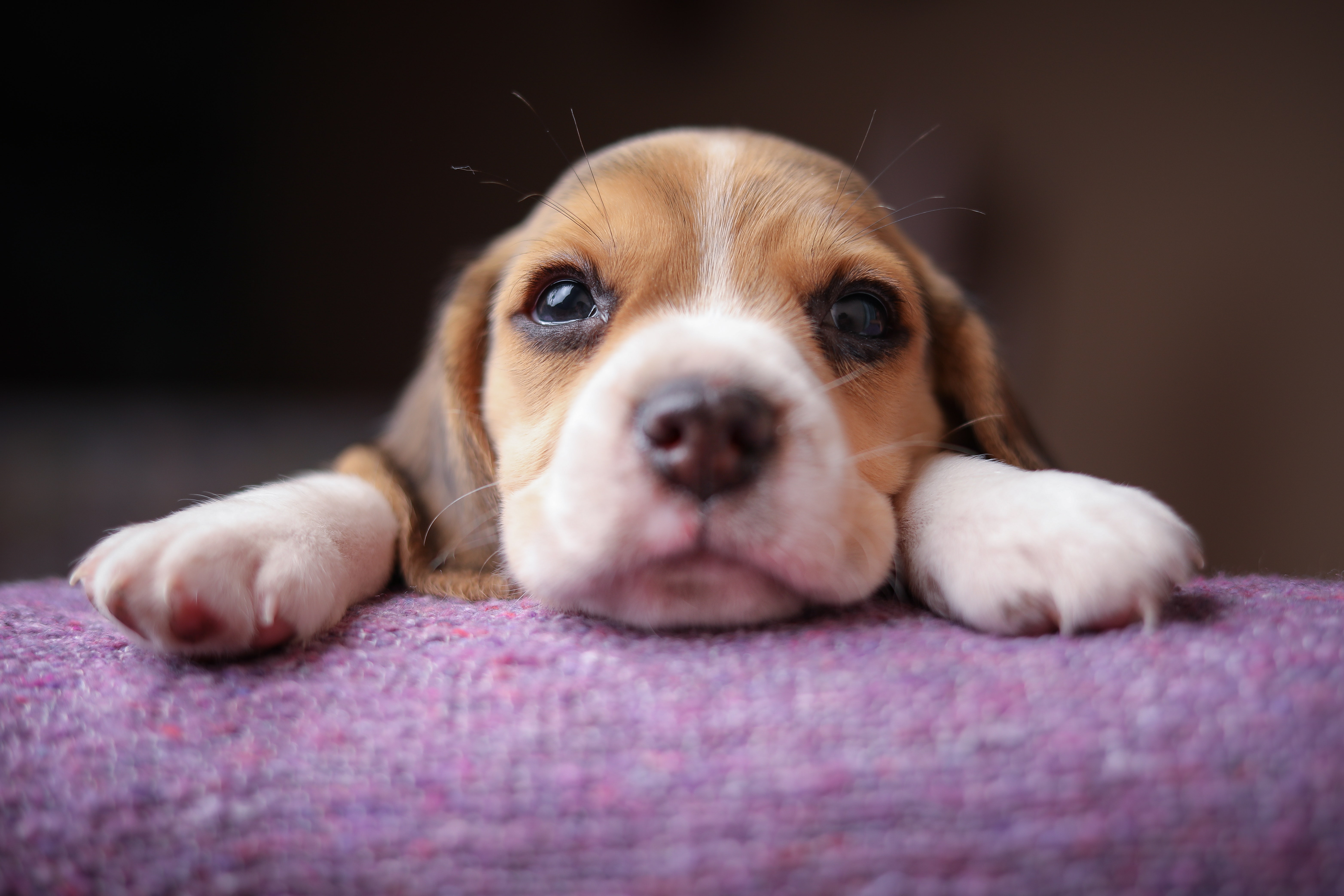 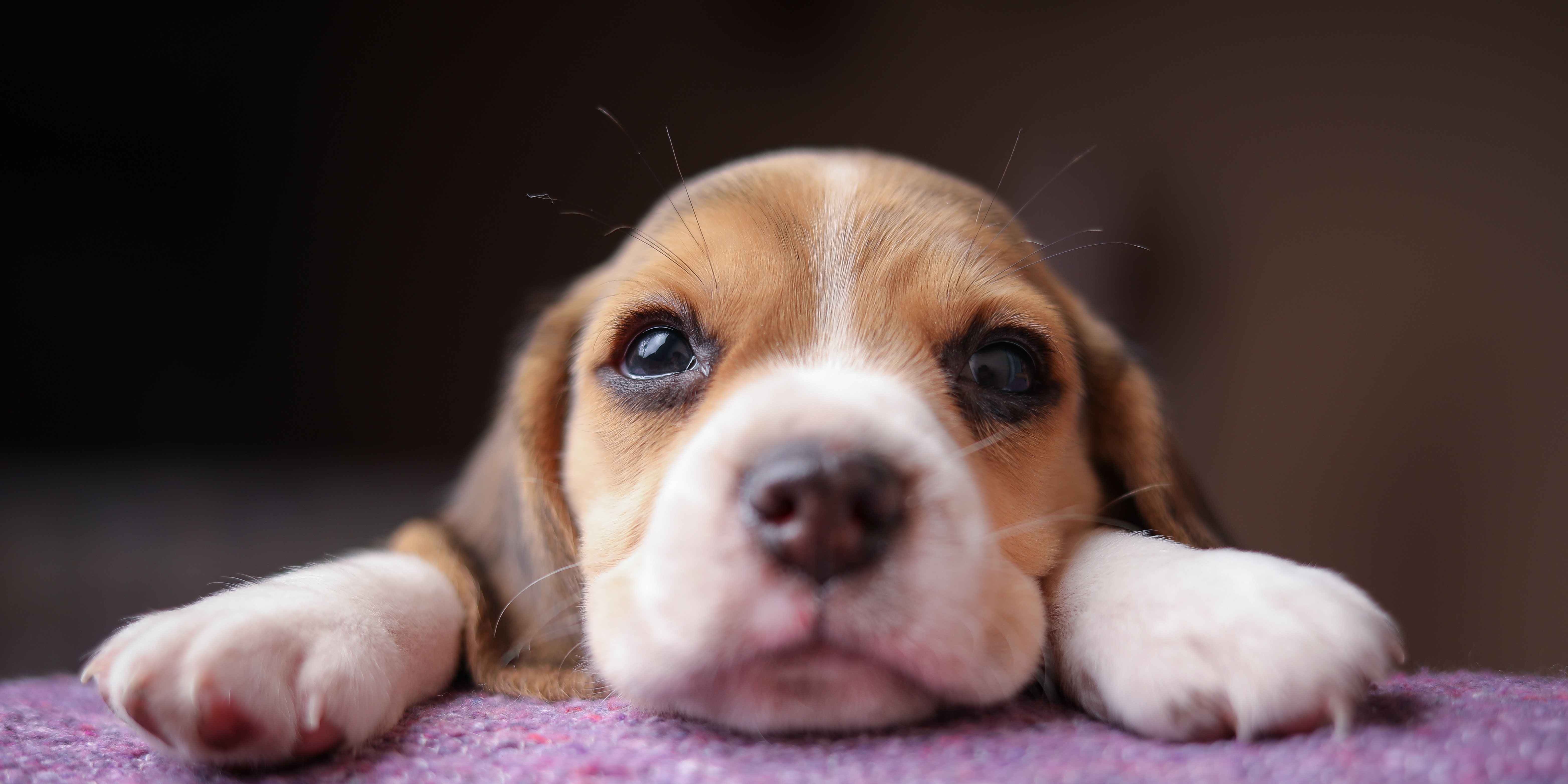 In your mind, allowing your dog, cat, or other pet to kiss—OK, lick—you on the mouth may seem like a natural expression of affection. Your furry baby fills your life with love and joy; what’s a little slobber? Or maybe you’re absolutely repulsed by the thought but have a determined pet who always lunges for your mouth, ready to lick to their heart’s content. Either way, should you be concerned for your health if your pet is basically always trying to make out with you?

We were curious about where science stood on this behavior, so we consulted experts in both human and animal health to find out how bad it really is to let your pet kiss you on the mouth. Throughout this piece, we’ll generally keep the conversation to cats and dogs, since they’re the typical pets that come to mind in this scenario. But even if you have a pet of the more exotic variety (go you), a lot of the takeaways here will still be pretty applicable to life with your bud.

“On just an overall level of cleanliness, [kissing your pet’s mouth is] not good,” Omai Garner, Ph.D., assistant clinical professor of pathology and laboratory medicine and associate director of clinical microbiology in the UCLA Health System, tells SELF.

Let’s start with the uncomfortable but obvious truth: Your pet’s mouth is filthy. Cats and dogs use their mouths for a lot of less-than-sterile activities, like mopping up that spill on the kitchen floor, checking out dead birds on the sidewalk, and, of course, licking excess poop from their butts. As a result, your pet’s mouth is coated in all sorts of unsavory specimens that it’s kind of gross to imagine squirming around in your mouth. But can these germs actually harm you? Let’s take a look.

There is some concern among human and veterinary dentists that pet kisses could compromise humans’ oral health, although the likelihood of this isn’t super clear. What experts do know is that the oral microbiomes of cats, dogs, and humans, look very similar in some ways and different in others, Lenin Arturo Villamizar-Martinez, D.V.M., Ph.D., assistant professor in dentistry and oral surgery at the North Carolina State University College of Veterinary Medicine, tells SELF.

Research demonstrates that cats, dogs, and humans share some of the same types of bacteria that cause periodontal (gum) disease. However, there is no scientifically sound evidence showing that contact with pets transmits this bacteria in a way that actually leads to periodontal disease in pet-owners, Dr. Villamizar-Martinez says. It seems like humans may have some defenses against this happening, both built in and not.

For instance, a tiny 2015 PLOS One study that did DNA sequencing on the oral microbiome of four dogs and their owners (along with two people who didn’t have dogs) pointed out that canine oral bacteria may not survive in the lower-pH, more acidic human mouth. Cats appear to have a similar oral pH as dogs, for what it’s worth.

The PLOS One study also suggested that frequent tooth brushing would likely remove most pet bacteria that got transferred into human mouths anyway. But let’s say some stubborn germs stuck around. Could they make you sick? Unfortunately, it’s not impossible.

The risk of infection

Zoonotic diseases are here to rain on your pet-kissing parade. These illnesses can be transmitted through viruses, bacteria, parasites, and fungi that pass between animals and humans, according to the Centers for Disease Control and Prevention (CDC). One of the major modes of transmission is coming into contact with the bodily fluids of an infected animal, which in some cases could be a dog or cat. Lovely.

Many headline-making zoonotic diseases, like avian flu, are transmitted through animals that humans are less likely to keep as pets (although if you’re lucky enough to have a coop of chickens, we’re intrigued). However, cats and dogs, including ones that appear perfectly healthy, can also carry germs that may spread to people and make them sick.

This is generally rare, according to the CDC, partly because when you touch your pet, it’s usually with intact skin such as the palm of your hand. Most of the germs found in our pets’ mouths are unlikely to cause any problems this way, Leni K. Kaplan, D.V.M., a professor at the Cornell University College of Veterinary Medicine, tells SELF.

Contact with your mouth, nose, and eyes is of greater concern. The permeable mucous membranes in these areas are more vulnerable to absorbing germs from your pet, Mia L. Geisinger, D.D.S., associate professor and director of the Advanced Education Program in Periodontology at the University of Alabama at Birmingham School of Dentistry, tells SELF.

This type of contact can happen indirectly, like if your sweet dog licks poop off its butt then licks your hand, and you use that hand to rub your eye. Hence why the CDC advises thorough handwashing after coming into contact with cats and dogs, as well as their bodily fluids like their saliva and poop.

This kind of contact can also happen directly, like when you kiss your cat or dog on the mouth because come on, look at that face! “Outside of being a little bit gross, you can definitely see disease transmission,” Garner says.

What you could (theoretically) catch

There is a wide variety of illnesses you could possibly get from kissing a cat or dog on the mouth. But if you were to catch anything—which, again, is rare—it would probably be an unpleasant (but usually not too severe) gastrointestinal illness, Garner says.

For instance, the CDC notes that campylobacteriosis is one of the most common infections humans can get from cats and dogs. The offending bacteria, Campylobacter, can be transmitted via the stool of an infected animal who may or may not appear sick. (And, as we discussed, cats and dogs are quite devoted to licking their own butts, so they tend to have feces particles in their saliva.) Campylobacteriosis can cause diarrhea, stomach pain, and fever in humans, the CDC says.

Another possible GI infection you can catch from a pet happens due to giardia, a microscopic intestinal parasite that can cause diarrhea, stomach pain, nausea, gas, and vomiting in cats, dogs, and humans, according to the CDC. It is spread by swallowing fecal particles containing the parasite. Again, the risk of infection if you have a cat or dog is low. Humans usually get a different type of giardia than cats and dogs, the CDC explains. However, the CDC notes, other types of pets, such as rodents, are more likely to carry strains of the parasite that infect humans.

There are also non-GI illnesses you could theoretically get from your pet, like cat-scratch disease. This happens when a cat infected with the bacteria Bartonella bites or scratches you hard enough to cut your skin—or when infected cat saliva touches mucous membranes like the ones in your mouth, according to the U.S. National Library of Medicine. Cats with this bacteria often don’t show signs. In humans, this bacteria can lead to flu-like symptoms such as a fever, headache, decreased appetite, and fatigue, according to the CDC. If you get cat-scratch fever through an actual scrape, the cut could also become swollen, warm, painful, and possibly weep fluids.

Even if you get one of these illnesses from your pet, it typically won’t be serious. The major exception to this rule is people with weak immune systems, like the young, elderly, and those who are immunocompromised due to health conditions. People in these groups may be at higher risk of getting these illnesses (and of resulting complications), according to the CDC.

Pregnant people, in particular, should be especially aware of toxoplasmosis, an illness caused by the parasite Toxoplasma gondii. Toxoplasmosis can spread through coming into contact with cat poop, and it can cause birth defects even if a pregnant person shows no symptoms. (It’s rare for most people to show signs of toxoplasmosis, but when they do, it can present as a mild case of the flu, the CDC says.) Here are the CDC’s tips on how pregnant cat-owners can avoid toxoplasmosis.

At the end of the day, it’s unlikely that you’ll get really sick from smooching your pet. But if you want to take those slim odds down a few notches, all the experts we spoke to agree that it’s probably better to show your affection in other ways. As Dr. Villamizar-Martinez puts it, “We love our pets, but we need to have some limits.”

https://www.self.com/story/kissing-pet-health-effects, GO TO SAUBIO DIGITAL FOR MORE ANSWERS AND INFORMATION ON ANY TOPIC

32 thoughts on “How Unsanitary Is It to Kiss Your Pet on the Mouth?”