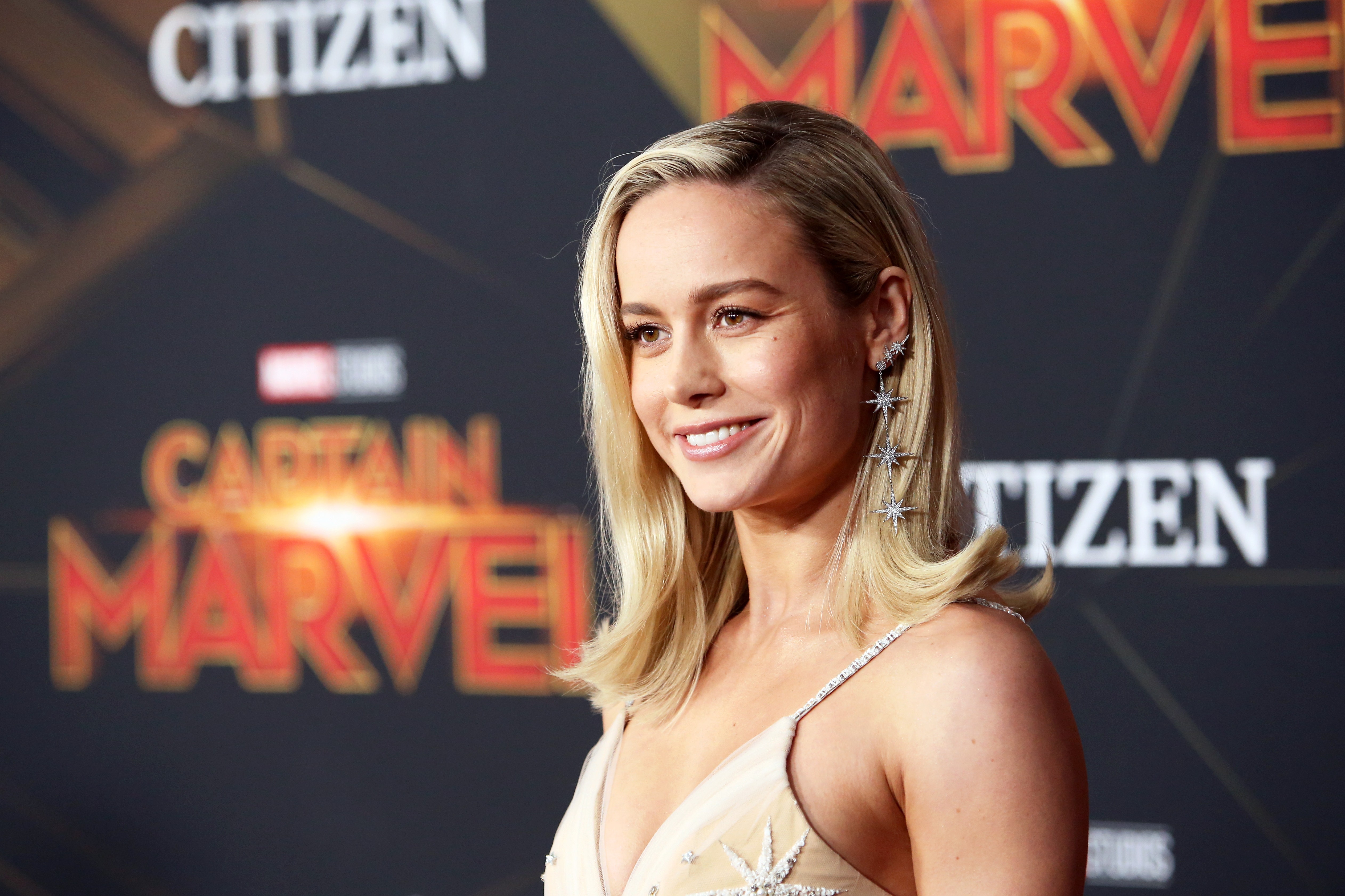 Playing a superhero in the movies requires real-life superhuman strength.

Like hip-thrusting 400 pounds, pushing a Jeep for an entire minute, and cranking out weighted pull-ups.

These are the athletic feats Brie Larson tackled after nine months of training for her latest role as the titular character in Captain Marvel, which hits theaters Friday, March 8. The movie marks the first female-led superhero film produced by Marvel Cinematic Universe, and Larson took the history-making gig—and its requisite prep—very seriously.

To learn more about the extremely intense training the 29-year-old Academy Award–winning actor endured, we chatted with the fitness expert who orchestrated it all: Jason Walsh, C.S.C.S., NSCA-certified personal trainer, founder of Rise Movement and Rise Nation in Los Angeles, and a Hollywood go-to for big-screen prep (he previously trained Alison Brie for GLOW, Emily Blunt for Edge of Tomorrow, and Bradley Cooper for American Sniper, among others).

When developing a training plan for Larson, the primary goals, Walsh tells SELF, were building strength and resilience to help the actor tackle her superhero stunts confidently, effectively, and safely.

“When the body is functioning well, perfectly, and you are strong, it is the best feeling,” says Walsh, who created a two-week ‘Captain Marvel’ training program available on Playbook App based on his work with Larson. “It changes everything in your life—your psychology, your confidence, the way you approach things.”

Building said strength is also an important part of character development, adds Walsh. “If you’re going to play a superhero, the character building starts with what we were doing,” he says. “You’ve got to believe that you have superhuman strength.”

Being strong also lowers an actor’s risk for injury during stunts and fight scenes. An injured actor can shut down a film’s production, says Walsh, and the stronger an actor is and the more control they have over their body, the lower this risk. “I feel really good sending [Larson] off doing stunt work knowing that she is going to stay highly resilient,” he says.

“I’m very patient,” he says. “My approach is very systematic.”

Case in point: The first third of Larson’s training was about “establishing fundamentals and really honing in on her movement skills before we started progressing,” says Walsh. This involved identifying and correcting any asymmetries and generalized weaknesses in Larson’s body, and then perfecting her form on basic functional movements, like hip hinging, knee flexion, pushing, pulling, and rotational and anti-rotational movements. Walsh wanted Larson to nail these movements with just her body before adding weight, which they did later—in massive amounts.

After the initial three months, Larson transitioned to what Walsh describes as a “maintenance program” for several months where she focused on mastering the choreography for her fight scenes. Then, in the last three months before Captain Marvel filming began, her in-the-gym training really ramped up.

The final three months of Larson’s training were, in a word, intense.

During this last stint, Larson put in very long, very hard hours at the gym—about 12 hours a week, including two-a-days four times a week, single hour-long sessions two days a week, and a rest day typically once a week. On top of that, she also spent a few hours every week in fight training.

“I pushed her past her limits on a constant basis,” says Walsh, while also adjusting the plan as needed to ensure Larson stayed safe and healthy. This final part of the program followed the progressive overload technique—basically, Walsh continued to increase the difficulty of Larson’s weighted workouts week after week, instead of holding them at the same level, which ultimately helped her achieve huge strength gains.

The two-a-days, held on Mondays, Tuesdays, Thursdays, and Fridays, started with a 90-minute morning session. After warming up, Larson would complete a series of “activation movements,” like sled pushes, light hip extensions, banded rows, farmer’s carries, and TRX shoulder exercises, designed to start working the major muscles she’d be using next. From there, she’d tackle her heaviest weight lifting moves, primarily deadlifts, squats, hip thrusts, and variations on all three. If time allowed, Larson would finish with an upper-body-focused circuit, like a Tabata shoulder routine, or kettlebell exercises.

Afternoon sessions, about an hour in length, would focus on stretching and “secondary-type lifts,” says Walsh, like anti-rotational, rotational, push, and pull movements, plus occasional plyometric exercises.

Wednesday sessions, which were 45 minutes to an hour, would be for “afterthought exercises,” says Walsh, which typically included several abs circuits. On weekends, the focus shifted to recovery and recreation. Larson would attend 30-minute Rise Nation conditioning classes, rock climb, hike, or bike and then typically take one day completely off, because as hard as you might work in the gym, “you’re only as good as your recovery,” says Walsh. During the final month of training, once Larson had achieved her strength goals, Walsh shifted the focus toward endurance workouts (think strength circuits and HIIT sessions).

By the end of the nine-month training program, Larson could deadlift 225 pounds, do box jumps higher than her waist, and crank out push-ups with a weighted chain around her core. As a result, Walsh says he witnessed Larson’s confidence level grow “substantially.” The actor’s newfound strength and athletic skills “really changed her whole mentality and psychology.”

Superhero transformation, of both body and mind, complete.

https://www.self.com/story/heres-how-brie-larson-trained-to-play-captain-marvel, GO TO SAUBIO DIGITAL FOR MORE ANSWERS AND INFORMATION ON ANY TOPIC