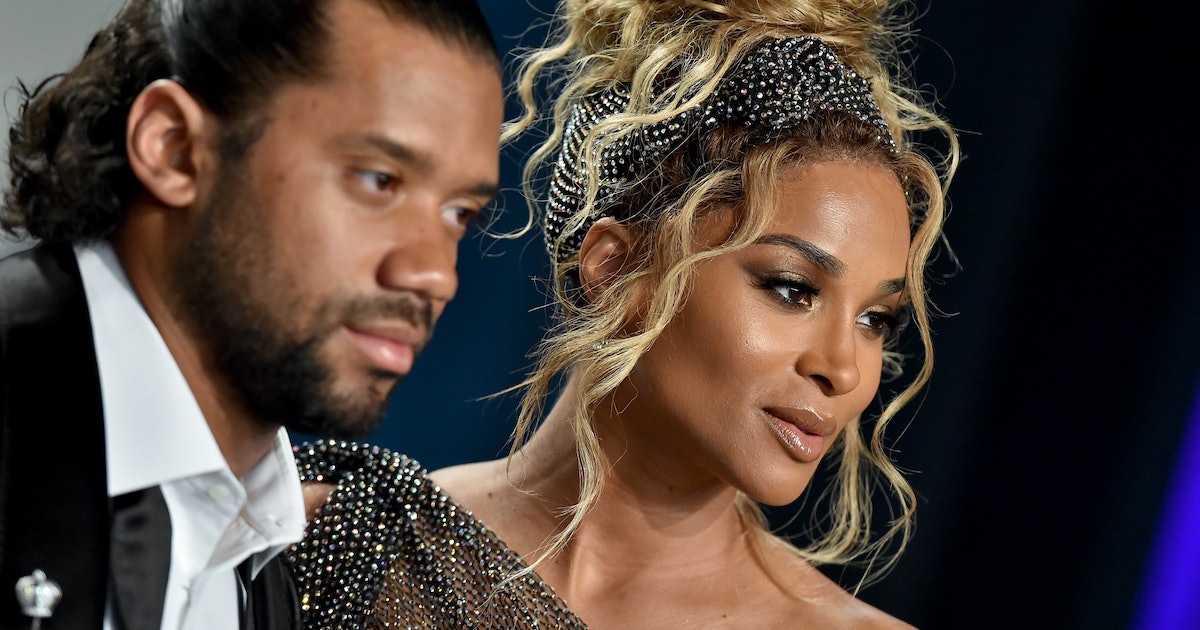 When it comes to celebrity zodiac signs, Ciara and Russell Wilson’s astrological compatibility is a cut above the rest. Born Oct. 25, 1985, Ciara is a Scorpio. Meanwhile, Wilson’s Nov. 29, 1988 birth date makes him a Sagittarius. Together, the pop-star and Seattle Seahawks quarterback have explosive chemistry and make an intense match.

The couple revealed they first met at a University of Wisconsin basketball game in March 2015, and made their first public appearance together at a White House dinner just one month later. Wilson proposed on a beach in the Seychelles in March 2016, and the rest was history. Their first child together, Sienna Princess Wilson, was born in April 2017, and Ciara gave birth to their son Win Harrison Wilson on July 23, 2020. They also co-parent Ciara’s six-year-old son, Future Zahir Wilburn, from her previous relationship with rapper and producer Future. Here’s the tea on why this couple’s zodiac signs make them such a compatible match.

They Have A Solid Flirt-To-Roast Ratio

Like a scorpion’s tail, Scorpio’s sense of humor is prickly. And as the philosopher’s sign, a Sagittarius like Wilson can catch all of Scorpio’s sly, jokes, and finds their sharp tongue beyond attractive. After sparks fly between these signs, Sag must win Scorpio’s trust, and Scorpio should get used to Sag’s bold moves. Once they get to know each other, their banter is top-notch.

Both Signs Are Sexual & Passionate

You better believe that Sagittarius’ storied taste for adventure translates to the sheets. And as for Scorpio? They’re known for being a passionate, sexual sign. (Ciara’s Scorpio sensuality really leaps out in “Body Party.”) That being said, Ciara and Wilson notably made the choice to abstain from sex before marriage — a decision both partners were vocal about.

READ  5 Ways to Help You Get Through Depression

“You get to hug and you get to have a nice good kiss, but you have to be careful not to go too far so you don’t end up in the place you’re trying to avoid being in,” Ciara said of her celibacy in a 2016 Cosmopolitan piece, adding that she managed to get by with a “strong, strong, strong, strong” resistance to temptation. TBH, leave it to reserved, thoughtful Scorpio to make moves with intention.

Sometimes, the danger of Scorpio’s tail is thrilling and alluring. Other times, it can be straight-up intimidating, so you’d be wise to stay on their good side. They’re the type to take notes and wait for the chance to present all your dirt. The ever-turning mind of a Sagittarius is also deadly in disagreements. Along with fellow fire signs Aries and Leo, Sag should be voted “Most Likely to Clap Back With Sass” in an argument.

They Dream Big Together

Even though their relationship can be all sorts of intense, Scorpio and Sag are a great match because they love so fiercely, so there’s plenty to go around and sustain not just their relationship, but their growing family. In a 2017 interview with the Seattle Post-Intelligencer, Wilson said, “More than anything, when you have your own family and it continues to grow, it’s a special thing… I’m truly grateful every day to get to come home and it puts a smile on my face every time.” In 2019, Ciara told The View, “When I met the love of my life, it was not only loving me, it was to love my son,” explaining how important it was for her partner to embrace her and Future as a package deal.

It’s safe to say these two are passionate about growing together, and I, for one, can’t wait to see what the future has in store for them. https://www.elitedaily.com/p/ciara-russell-wilsons-astrological-compatibility-is-super-hot-29064739, GO TO SAUBIO DIGITAL FOR MORE ANSWERS AND INFORMATION ON ANY RELATIONSHIP TOPIC