Burning more than 471,000 acres, the August Complex wildfire is now the largest of all California wildfires ever. The August Complex fire, which is actually a combination of 37 smaller fires, is now burning on federal land in the Mendocino Forest, which is located north of Sacramento, NBC News reports.

As of this week, the August Complex wildfire has spread across 471,185 acres, according to data from the California Department of Forestry and Fire Protection, which makes it the largest California wildfire in modern history. The smoke from the combined fires, which were sparked by lightning strikes in mid-August, caused the sky to turn an eerie orange over the Bay Area this week.

But this is just one of many large wildfires burning right now in California. In fact, six of the 20 largest California wildfires ever recorded took place this year, the department said on Twitter. And it’s not just in Northern California: Large fires are burning up and down the West Coast, from Washington through Oregon and down to Southern California.

Wildfires and the poor air quality they cause can have many short- and long-term health consequences, SELF explained previously. Exposure to the smoke can cause respiratory issues such as coughing, difficulty breathing, and tightness in the chest that may be particularly severe for those with underlying lung illnesses, like asthma. But it can also affect the eyes, causing itchiness, pain, and watering. When structures like homes start to burn, the smoke produced can also contain carcinogens, which is especially worrying for those consistently close to the fires, including firefighters. Then, of course, there are the mental health issues associated with experiencing a traumatic experience like this.

Normally, the advice for residents who may be impacted by the smoke from wildfires is to stay inside with the windows closed and, possibly, purchase an N95 respiratory mask. But this is not exactly a normal year. The heat wave that California has been experiencing this summer make those guidelines difficult—or even dangerous—to follow if someone doesn’t have air conditioning to cool the air in their home, for instance. And, thanks to the COVID-19 pandemic, N95 masks are already in short supply in many areas.

Why are there so many large wildfires this year? Government officials and experts say these combined disasters are part of a trend shaped by several factors, including climate change, which is increasing the average temperature of the earth’s surface. With that rise in temperature comes the perfect conditions for massive natural disasters such as large tropical storms, heat waves, droughts, and wildfires, depending on their geographic location, the National Oceanic and Atmospheric Administration (NOAA) explains.

Essentially, experts say that climate change allows disasters to become bigger—and bigger more frequently—than in the past. When it comes to wildfires, research suggests that climate change–impacted factors like reduced snowpack and less frequent rains are contributing to the recent increase in California wildfire frequency and magnitude.

“CA has invested more in wildfire prevention than any time in our history. Enacted bold climate policies. But it’s not enough,” California Governor Gavin Newsom wrote on Twitter. “We must do more. We need action at EVERY level. CA cannot do this alone. Climate change is REAL.”

Unfortunately, disasters like these—and other health disasters—are likely to become even more common in the future as climate change continues. In this way, climate change is a global issue that affects everyone. And, as Newsom notes, we need swift action at every level of government to combat climate change. Meanwhile, President Trump announced back in 2017 that he was withdrawing the U.S. from the Paris Climate Accord, indicating that ensuring the future of the planet is probably not his biggest priority. 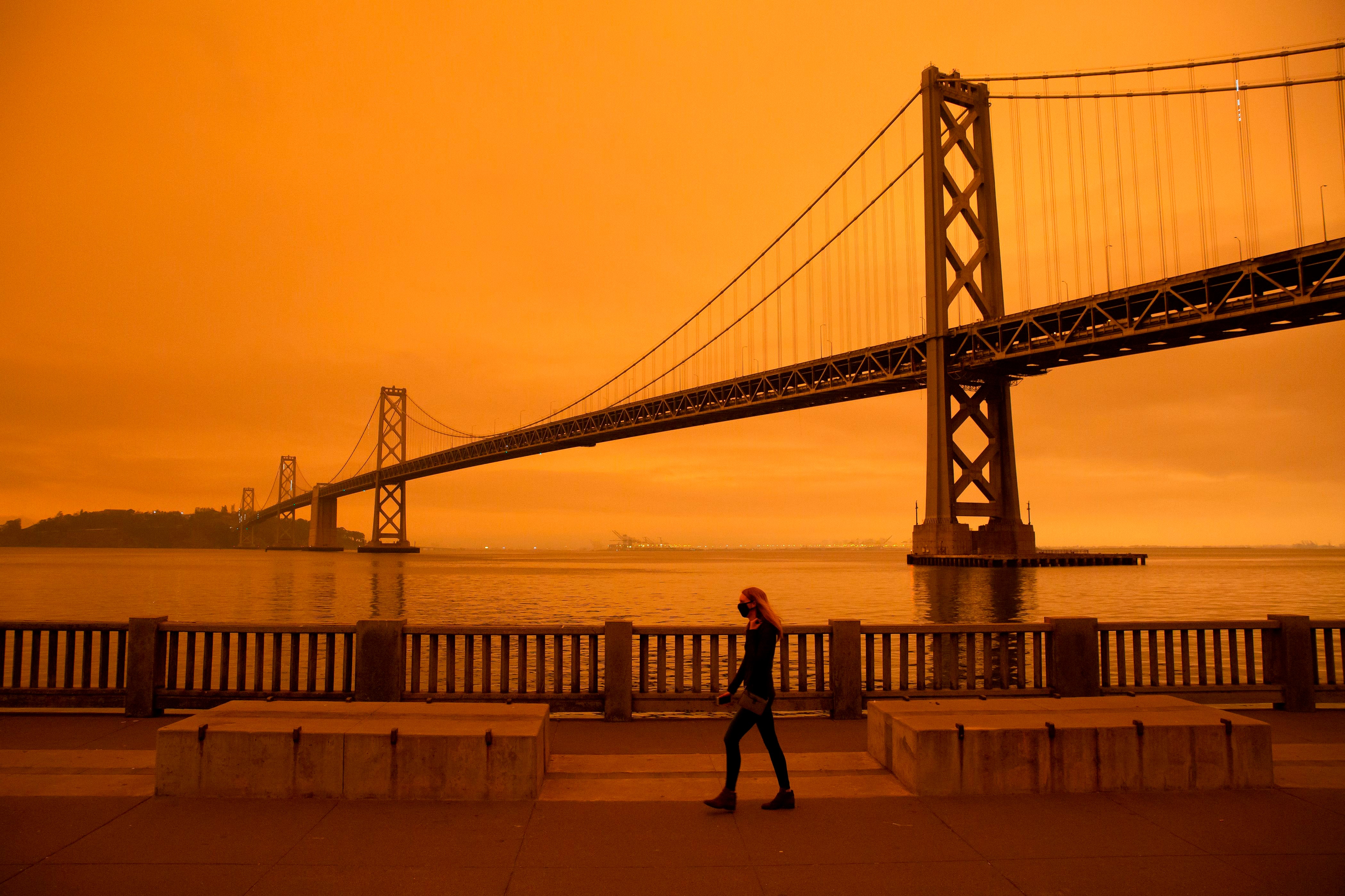 https://www.self.com/story/california-wildfires-2020, GO TO SAUBIO DIGITAL FOR MORE ANSWERS AND INFORMATION ON ANY TOPIC