If you’ve gone meatless, then you might know about Burger King’s Impossible Whopper. Apparently, the plant-based burger tastes exactly like its meat-friendly cousin (the OG Whopper), and it’s been tricky to find. Within the past few months, the vegetarian patty has been available in various cities throughout the nation, but it hasn’t been *totally* accessible yet. Thankfully, that’s about to change, because Burger King’s Impossible Whopper will be available nationwide soon. That means you’ll be able to get your meatless meal in the comfort of your hometown, so get excited (and hungry).

Alright, let’s take a step back. ICYMI, the Impossible Whopper was officially released at the beginning of April 2019 at various restaurants within the St. Louis area. As you could imagine, the test went well — and Burger King expanded the burger’s availability to certain cities throughout the country. At that point, it wasn’t available nationwide yet, so not all customers could enjoy the meatless patties. However, starting on Aug. 8, folks across the United States will finally be able to order the Impossible Whopper in the comfort of their own cities.

That’s right, everyone. The Impossible Whopper is coming to Burger King restaurants nationwide at the beginning of August, so grab your buddies and start planning your BK trips.

If you’re excited about the plant-based patty being available across the country, you’re definitely not alone. Chris Finazzo, the president of the Burger King Corporation in North America, talked about the Whopper’s nationwide expansion in the company’s press release. He said, “Since we first launched our market tests in St. Louis in April, and later in six other markets across the country, we’ve heard great feedback and know the Impossible Whopper appeals to both current guests who are already big fans of the Whopper sandwich, as well as new guests who are excited about this new option.”

Finazzo continued: “Starting next week, guests across the country will be able to try this this plant-based, flame-grilled sandwich which is true to the original Whopper sandwich that our guests know and love.”

OK, there’s one more thing that you should keep in mind before you get too attached to the Impossible Whopper. According to Burger King’s press release, the meatless delicacy will only be available nationwide for a limited time. With that being said, give it a try when it’s on the menu and cross your fingers that it’ll stick around.

To find a Burger King near you, head to the company’s website and hit the “LOCATOR” button at the top of the screen. Then, enter your city information and watch local BK restaurants appear on your page. When you find one that’s local, start planning your Impossible Whopper outings. 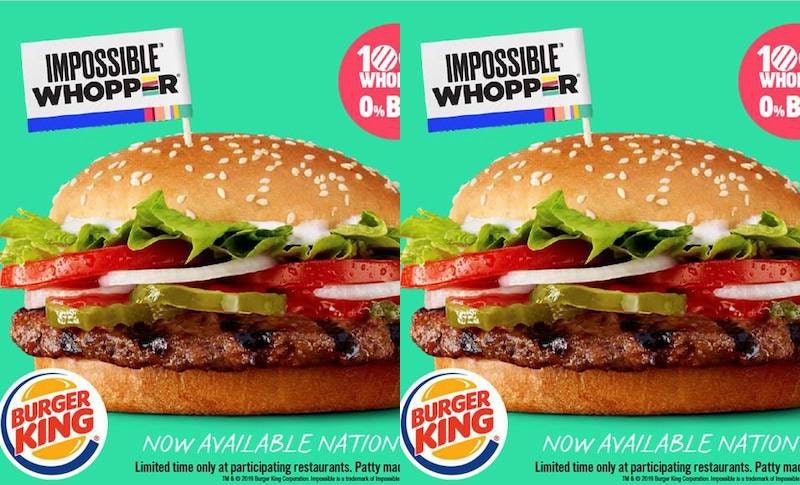 https://www.elitedaily.com/p/burger-kings-impossible-whopper-will-be-available-nationwide-so-get-hungry-18538278, GO TO SAUBIO DIGITAL FOR MORE ANSWERS AND INFORMATION ON ANY RELATIONSHIP TOPIC

10 Work from Home Desks to Boost Your Productivity

What Is Maggie Nichols Doing After ‘Athlete A’? The Gymnast Is Looking Ahead

What Do You Do After Achieving Goal Success?

3 thoughts on “Burger King’s Impossible Whopper Will Be Available Nationwide, So Get Hungry”

10 Work from Home Desks to Boost Your Productivity

What Is Maggie Nichols Doing After ‘Athlete A’? The Gymnast Is Looking Ahead

What Do You Do After Achieving Goal Success?

Netflix Renewed ‘Never Have I Ever’ For Season 2, So Get Excited For More Devi

What Planets Are Retrograde July 2020? Here’s What You Can Expect RN