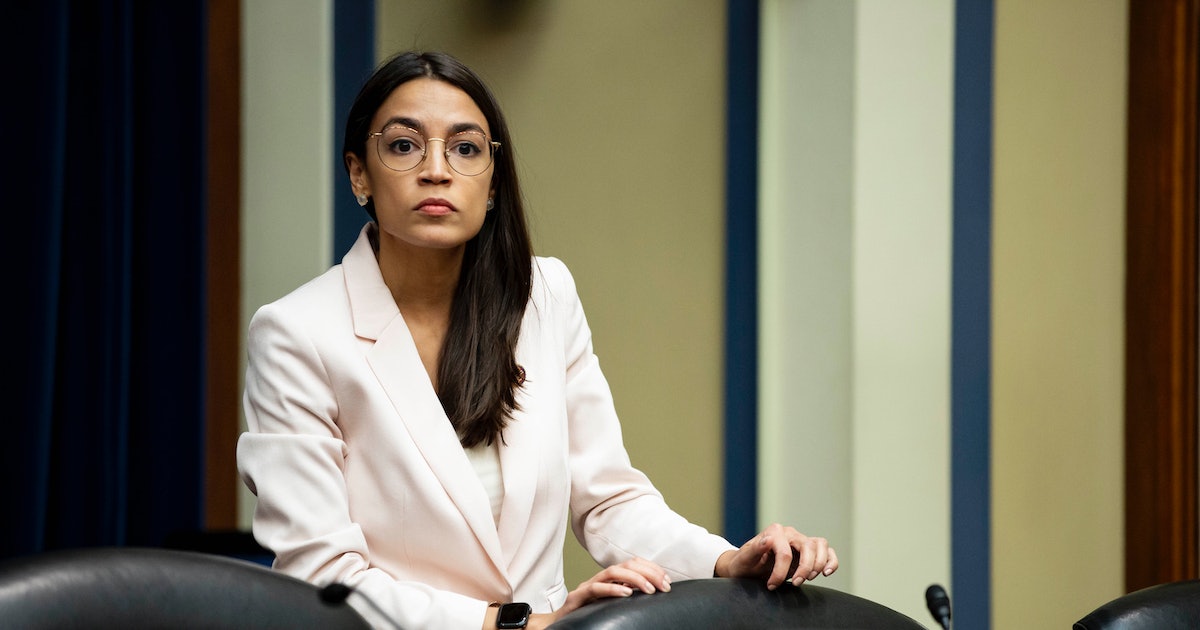 It seems like there’s a bit of disagreement over social media and its usefulness within the U.S. House of Representatives. In a recent interview with The New York Times, House Speaker Nancy Pelosi (D-California) had some harsh words for four congresswomen their respective Twitter accounts, and Rep. Alexandria Ocasio-Cortez (D-New York), one of the women on Pelosi’s list, had a fiery response for the speaker. Alexandria Ocasio-Cortez’s response to Nancy Pelosi criticizing her “Twitter world” doesn’t hold back at all.

In The New York Times Opinion piece published on July 6, 2019, Peolsi knocked Rep. Ocasio-Cortez, Rep. Ilhan Omar (D-Minnesota), Rep. Rashida Tlaib (D-Michigan), and Rep. Ayanna Pressley (D-Massachusetts) for not voting with Democrats on aspending package that was ultimately passed in the House on Tuesday, June 25. The package is slated to release $4.6 billion in aid to southern border, as the number of migrants increases, according to The New York Times. As a way to articulate her frustration on the nay-votes from the four congresswomen, Pelosi commented on the way in which the freshmen congresswomen interact wield their social media presence, saying, “All these people have their public whatever and their Twitter world. But they didn’t have any following. They’re four people and that’s how many votes they got.”

Ocasio-Cortez didn’t hold back in a series of tweets responding to Pelosi’s comment on Saturday, July 6. She defended the importance of her Twitter following by writing, “That public ‘whatever’ is called public sentiment.” She added, “And wielding the power to shift it is how we actually achieve meaningful change in this country.”

READ  Diabetes and Depression: Coping With the Two Conditions

In another tweet, AOC wrote, “I find it strange when members act as though social media isn’t important … I haven’t dialed for dollars *once* this year, & have more time to do my actual job. Yet we’d rather campaign like it’s 2008.”

Drew Hammill, Pelosi’s chief of staff, defended Pelosi’s comments. In a tweet on July 7, Hammill wrote, “Dowd asked Pelosi about the criticism this group leveled against Pelosi. If you throw a punch you have to be prepared to take a punch She’s not talking about them as votes but referring to the Tuesday vote where they were the only four Dem nays.”

Tlaib also responded to Pelosi’s comment. She quote-tweeted a tweet by Twitter user @saikatc that said, “We are in a time that calls for leaders that lead — leaders like @AOC, @IlhanMN, @RashidaTlaib and @AyannaPressley. Voters want representatives who will fight, even if they lose. The fact that House Democratic leadership doesn’t see this is incredibly troubling.”

In her quote-tweet, Tlaib added, “It baffles the mind that *some* still don’t get it. When people like me come out, we win. When #PeopleLikeUs run, we inspire more folks to be engaged. It wasn’t the persuading of Trumpers that won back the majority, it was turning out more of us.”

In a tweet posted by AOC on July 6, the congresswoman criticized Democrats for trusting the Trump administration with such a large funding package, which she voted against. She wrote,

I don’t believe it was a good idea for Dems to blindly trust the Trump admin when so many kids have died in their custody. It’s a huge mistake. This admin also refuses to hand over docs to Congress on the whereabouts of families. People’s lives are getting bargained, & for what?

Ocasio-Cortez previously tweeted about troubling conditions she witnessed during a tour of a migrant detention facility in Texas, including claims of verbal abuse and claims of lack of hygiene products. Customs and Border Protection (CBP) and the Department of Homeland Security (DHS) did not immediately respond to Elite Daily’s request for comment on the matter, but they did put out a statement on July 1, stating most Border Patrol agents care for migrants “humanely and compassionately.”

READ  Vaping vs. Smoking: So, You Started Vaping to Quit Smoking. Now What?

At the time of the bill’s passage on June 25, Pelosi said of the aid package, per The New York Times, “This isn’t an immigration bill. It’s an appropriations bill to meet the needs of the children.”

As of publication, Pelosi has yet to respond to Ocasio-Cortez and Tlaib beyond her chief of staff’s public comments. Pelosi did speak to criticism of her more centrist tactics in the article, saying, “If the left doesn’t think I’m left enough, so be it.” She also expanded on her reasoning for not putting much stock in the “Twitter world,” saying in the piece:

As I say to these people, come to my basement. I have these signs about single-payer from 30 years ago. I understand what they’re saying. But we have a responsibility to get something done, which is different from advocacy. We have to have a solution, not just a Twitter fight.

It seems that, at least for now, these Democratic House members will have to agree to disagree on whether you can simultaneously pass concrete legislation while also attempting to affect change through mediums like social media. 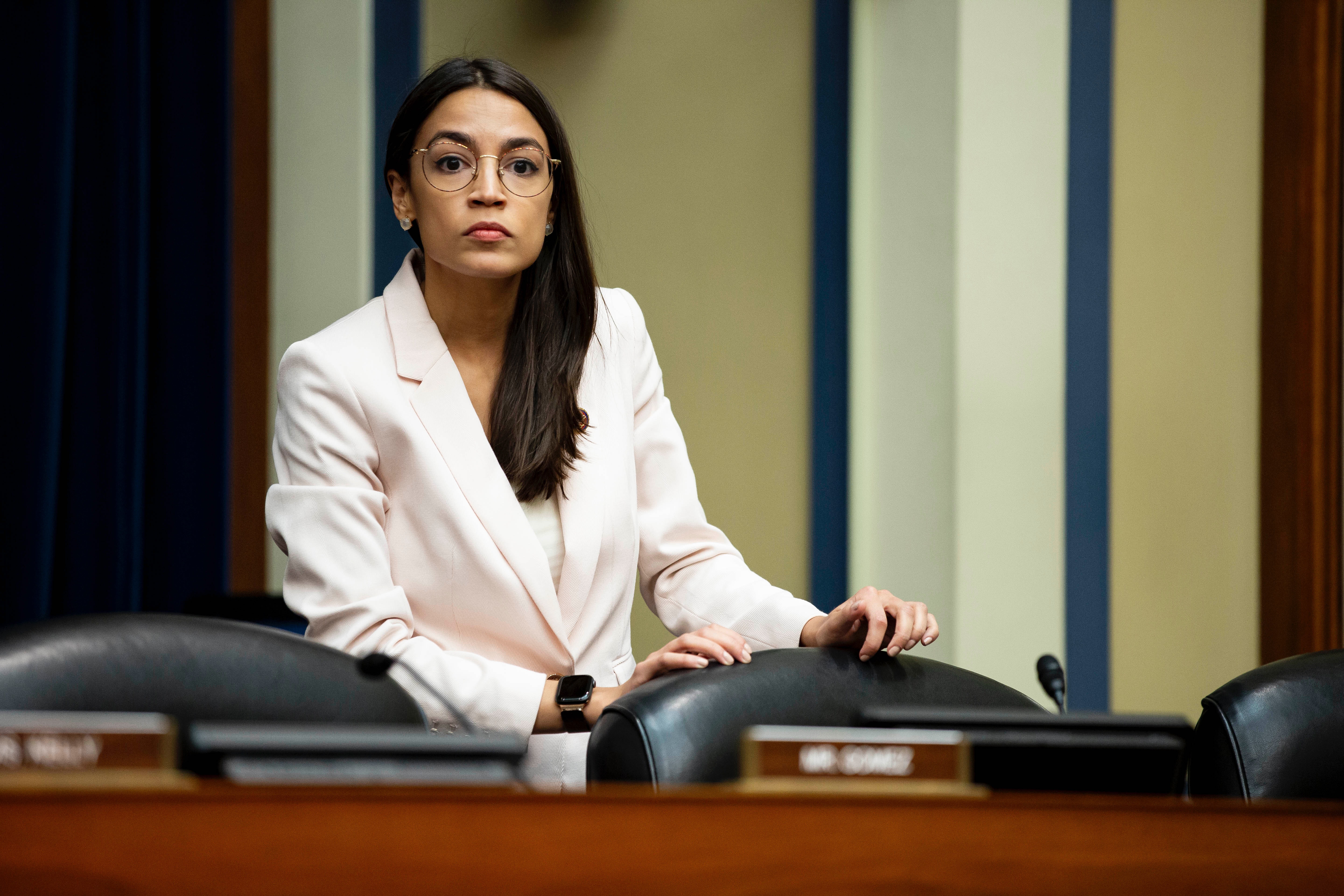 https://www.elitedaily.com/p/alexandria-ocasio-cortezs-response-to-nancy-pelosi-criticizing-her-twitter-world-doesnt-hold-back-18173407, GO TO SAUBIO DIGITAL FOR MORE ANSWERS AND INFORMATION ON ANY RELATIONSHIP TOPIC