Chief Jim Hopper and Joyce Byers are the couple to 'ship on Stranger Things. Known as "Jopper" to their fans, these unlikely singles have slowly worked their way to a relationship throughout three seasons of the series. And then, just as fans thought it would finally happen (with a little pushing from Murray), tragedy struck. Hopper sacrificed himself to save Hawkins, and Joyce was left alone. But these Hopper and Joyce from Stranger Things Halloween costumes are a great way for fans to hold on to hope for Season 4.

One of the things that makes Joyce and Hopper so easy to do for Halloween is Stranger Things keeps their looks simple. In Season 1, Hopper dresses in pretty much one outfit for the entire run of episodes. There's also not a lot of variation between the first two seasons. Because both characters are working-class, neither have a lot of budget to change clothes.

Season 3 is where the bigger changes occur. This is partly due to the weather — Seasons 1 and 2 are fall and winter, Season 3 is mid-summer. And yet, neither of them wear anything too difficult or unrecognizable. That's good costume designing, and that's great news for those looking for an easy couples costume this holiday season.

When viewers first meet Chief Hopper, he has one outfit, that of the town Sheriff. It's how viewers see him throughout almost the whole of the first season. It's also a surprisingly easy and iconic costume. If you're looking to play Hopper, you can't go wrong with this look. Just one note: Mustaches are Not Optional when playing Hopper.

Joyce is much the same as Hopper when audiences first see her. She's dressed for work at the Five and Dime on Main Street, she's a struggling single mom, and she's going a little out of her mind because her son is missing. A wig is a plus here, but not mandatory like Hopper's mustache. Feel free to add Christmas lights to this get up for added flash.

Season 2 finally saw Hopper out of uniform, though perhaps not as he intended. His other major costume in Season 2 is the hospital scrub look after he winds up at the Hawkins lab.

Season 2 for Joyce found her in a very different place. She'd found a boyfriend! She was happy. Her sons even grudgingly accepted him. This happy version of Joyce wouldn't last, but it was great while she was here, and cosplayers should celebrate by dressing in her best corduroy coat.

This is the cosplay outfit of Stranger Things Season 3. The moment Hopper showed up in his would-be Magnum PI shirt on a date night Joyce forgot to show up for, the die was cast.

As for Joyce, she went on the hunt this season when the magnets wouldn't stay on the fridge. Before too long, Joyce was chasing Russians because it was the only way to keep her kids safe. For it, she slapped on a coral shirt, a striped button-down, and jeans.

And here's the overshirt for tying around your waist. Joyce is already getting ready for the '90s flannel look that would hit big five years later. 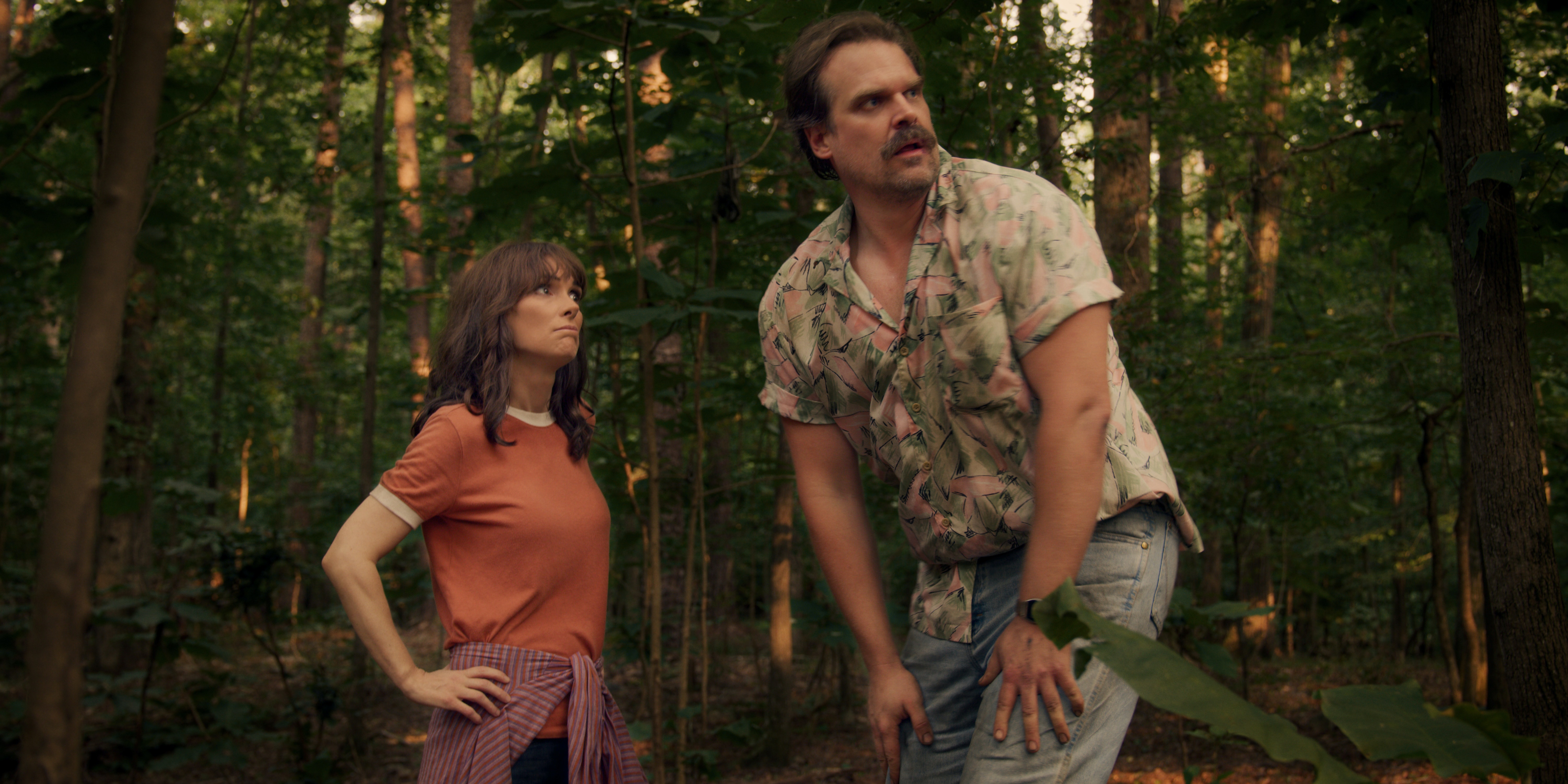 https://www.elitedaily.com/p/6-hopper-joyce-stranger-things-halloween-costumes-that-are-scary-good-18843653, GO TO SAUBIO DIGITAL FOR MORE ANSWERS AND INFORMATION ON ANY RELATIONSHIP TOPIC