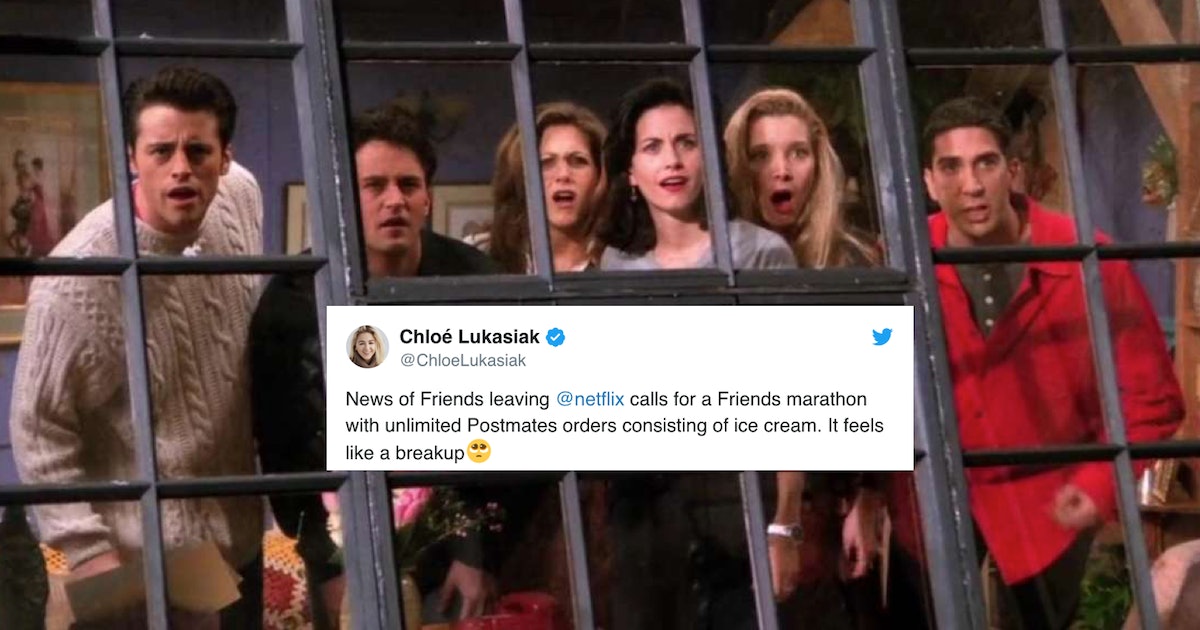 It's the end of an era. That's not just a quote that only the most diehard Friends fans will remember (from when Rachel moves out of Monica's apartment in Season 6, in case you were wondering). It's also a true statement about the beloved '90s series leaving its streaming home of the last nearly five years. That's right, Friends is going on break with Netflix and leaving the streamer. The series will find a new home on the new streaming service HBO Max at the beginning of 2020, but it still won't the be same. Fans are having a lot of feelings about the loss, and these tweets about Friends leaving Netflix perfectly capture them.

It was rumored that Friends was leaving Netflix in December 2018 when a glitch on the site caused the "Details" page of the show to say that it would be there until January 1, 2019. Luckily, that expiration date turned out to be a mistake, but Netflix's chief content officer Ted Sarandos only could only promise Friends would definitely stick around for another year. Sure enough, the show will remain on Netflix until the end of 2019. Netflix tweeted a heartfelt goodbye to Friends, mimicking the format for series episodes. The tweet reads:

The One Where We Have To Say Goodbye.We’re sorry to see Friends go to Warner's streaming service at the beginning of 2020 (in The US). Thanks for the memories, gang

The folks at Netflix aren't the only ones upset about the news Friends leaving.

Friends isn't the only classic comedy to be leaving Netflix soon. The Office is also leaving Netflix. It'll stay on the streaming site until 2021, so fans have a little more time to binge it than they do with Friends. But, it's still a heavy blow. Similar to Friends heading for HBO Max, The Office is also going to find a new home on a more niche streamer; since the show was originally produced by NBC, it's going to be available on NBC's new streaming service. Even though both shows will live on through other providers, the blow of losing both Friends and The Office on Netflix is hitting fans hard.

Some fans who currently spend a lot of their time watching Friends and The Office are seeing the bright side of the situation. At least with the shows gone, the time that used to be spent watching them can go toward other pursuits.

While a lot of fans are pretty upset about both classic series leaving Netflix, other fans are hopeful that this means both audiences and Netflix will give some attention to some of their other shows.

In fact, a lot of fans are still pretty upset that Netflix cancelled some of its original shows like One Day at a Time. The're still mourning the Netflix original rather than getting upset about losing Friends.

2019 is already halfway over, so fans better start cracking on their Friends Netflix binge before it's too late. 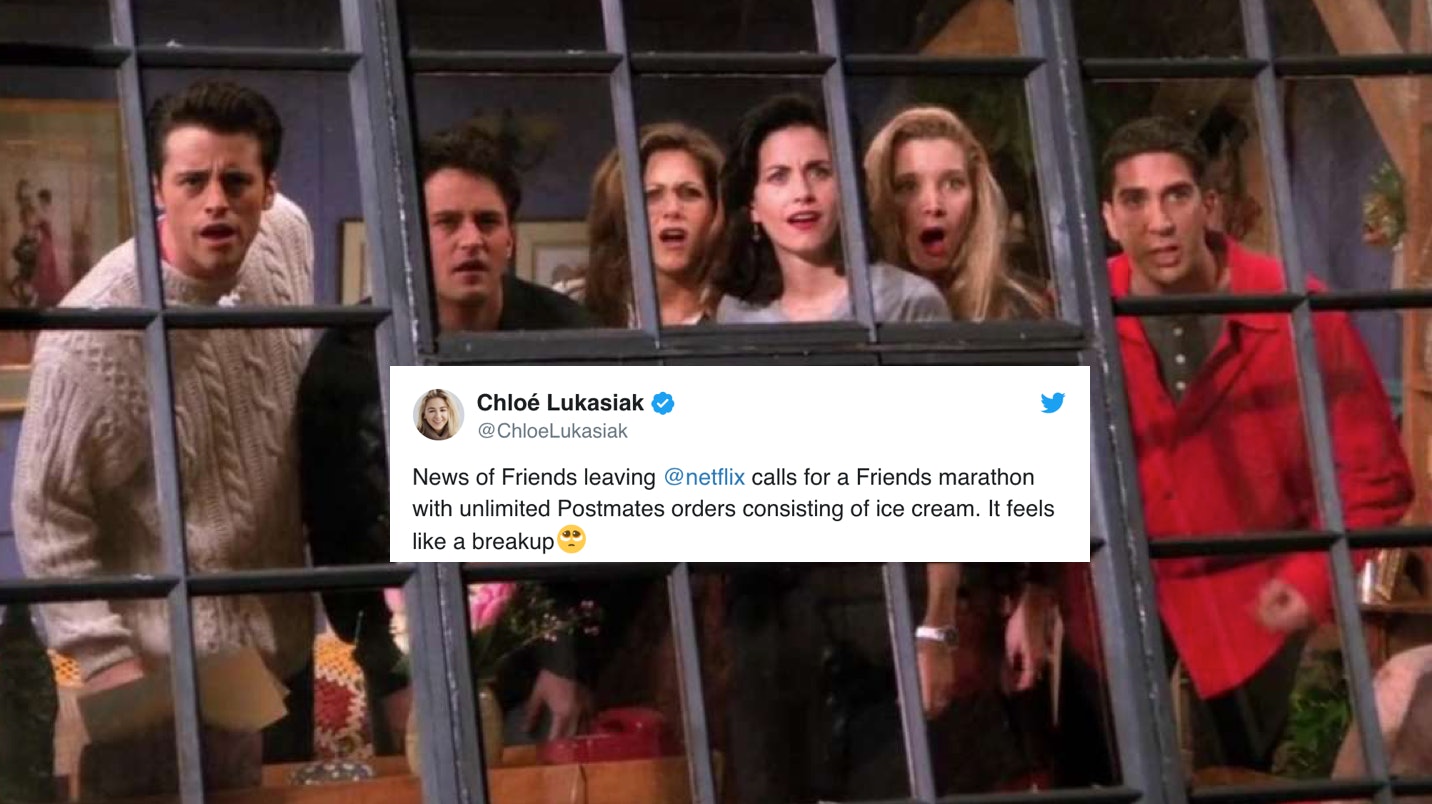 https://www.elitedaily.com/p/20-tweets-about-friends-leaving-netflix-that-will-perfectly-sum-up-your-mood-18181435, GO TO SAUBIO DIGITAL FOR MORE ANSWERS AND INFORMATION ON ANY RELATIONSHIP TOPIC