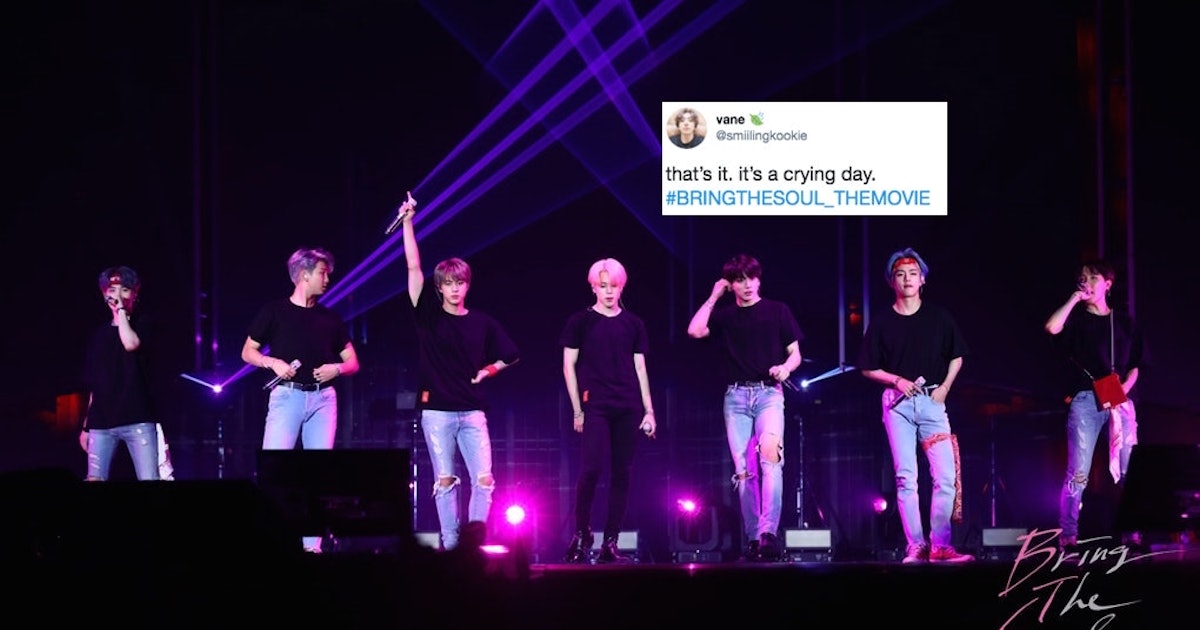 It's here! It's finally here! BTS' Bring The Soul: The Movie officially started offering its limited screenings on Wednesday, Aug. 7, and the tweets about BTS' Bring The Soul movie perfectly capture the BTS ARMY excitement surrounding the film. The BTS fandom has been painstakingly waiting to see Bring The Soul since its impending release was announced in November 2018. Now, they're flooding Twitter with love and support for the group's seven members after another successful film release.

Bring The Soul: The Movie is the third BTS film released in theaters. It's different from the group's two other films, however, in that it gives fans an even more intimate look into the lives of RM, Jimin, Suga, V, Jungkook, Jin, and J-Hope while they embarked on their Love Yourself tour. All of their films have documented their tour life, but Bring The Soul adds another ~soulful~ element for viewers.

The film's website, BringTheSoulTheMovie.com, provided fans with this synopsis:

On the day following the final concert of their Europe tour, on a rooftop in Paris, BTS tells their very own stories from experiencing new cities to performing in front of thousands of ARMY across the globe. A glimpse into BTS’ world away from the stage, featuring intimate group discussions alongside spectacular concert performances from the tour, this is a cinema event not to be missed. The journey of BTS continues!

That footage from the rooftop is no doubt going to give the ARMY their whole lives. Getting to see their favorite guys talk about their careers and feelings in a private setting their supporters don't typically get to see is going to mean a whole lot to the ARMY.

In a press release provided to Elite Daily in November, Marc Allenby, CEO of Trafalgar Releasing, said this film is really all about gifting the loyal BTS ARMY with more intimate BTS content. Allenby said,

Trafalgar Releasing is thrilled to collaborate with Big Hit Entertainment again for BRING THE SOUL: THE MOVIE, giving fans around the world an intimate opportunity to see the band following their landmark LOVE YOURSELF tour. The ARMYs are truly a community, and we are excited to bring them together for an all-new BTS experience in cinemas worldwide.

Trust, the BTS ARMY is thankful for Bring The Soul: The Movie. Just check out their tweets.

One of the quotes from the film that fans keep regurgitating online is "I love you more than yesterday, but less than I will tomorrow." That seems to sum up the ARMY's feelings for the boys pretty damn well.

The tweets about the film also show how much the ARMY connects over social media. Their shared love of the group gives them the opportunity to connect with other ARMY members worldwide to talk about how much the film (and the boys) mean to them, really making this fandom one giant family, not unlike the seven BTS boys.

You can check out BringTheSoulTheMovie.com to find showtimes and locations for Bring The Soul: The Movie in your area. 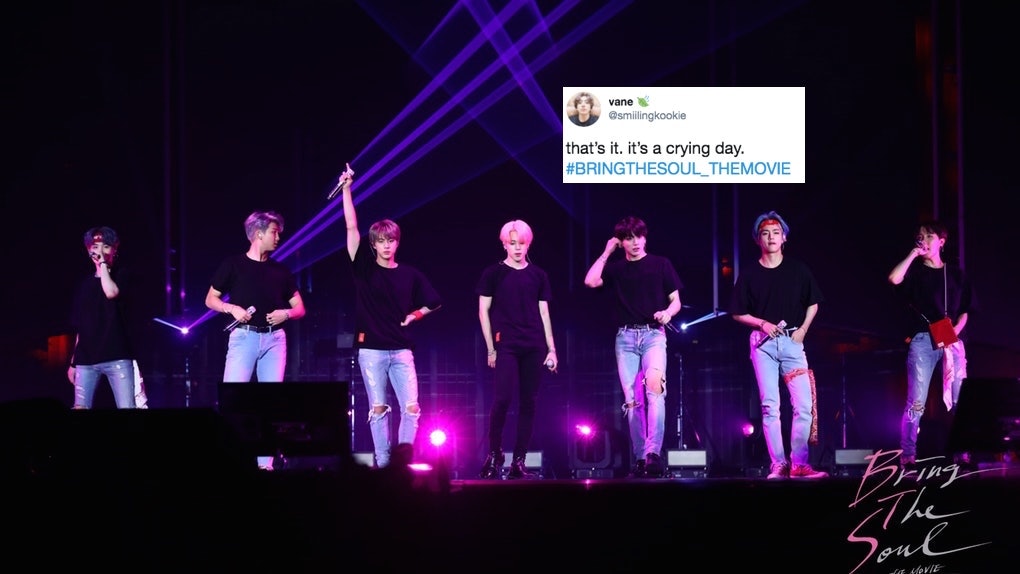 https://www.elitedaily.com/p/20-tweets-about-bts-bring-the-soul-movie-that-perfectly-capture-how-epic-it-is-18554033, GO TO SAUBIO DIGITAL FOR MORE ANSWERS AND INFORMATION ON ANY RELATIONSHIP TOPIC